These Are The Most Annoying Behaviors On An Airplane, Ranked 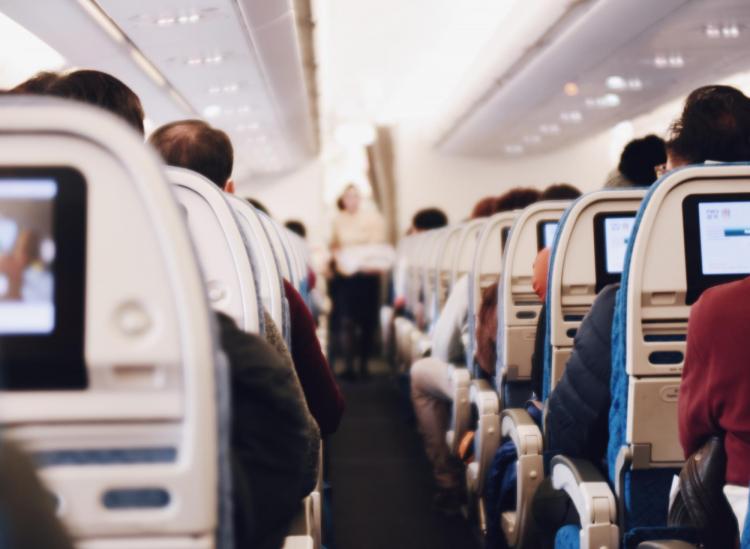 It takes an average of three hours for people to start feeling uncomfortable on an airplane, according to a survey conducted by travel company Genfare. The survey asked 2,000 Americans all about their flight habits and preferences and realized that people have some grievances to air.

Nearly 70 percent of survey respondents said they’ve put on headphones to drown out a snoring passenger (bring those earplugs, friends). And 36 percent of travelers said they think reclining seats should be banned. As far as footwear goes, two-thirds of passengers say it’s cool to take off your shoes on a plane but only 20 percent say you can take off your socks. And we’ll weigh in on this one — we’re team keep your socks on. But the survey found that certain behaviors irked travelers more than others. See which ones topped the list below.

1. Getting your seat kicked: 54 percent

More than half of the respondents agreed that having the back of your seat kicked is the most annoying thing to happen on a plane.

Slightly more than a quarter of travelers said that crying children rank worst.

Another quarter of passengers rated smelly seatmates as their true in-flight nightmare.

More than a fifth of respondents said a chatty neighbor is the biggest annoyance around.

Restless children with inattentive parents were more than 20 percent of people’s main concerns.

Just 18 percent of people think drunk passengers are the worst of all (even though they’re obviously the worst in general).

7. Seat pulled back or leaned on: 17 percent

It’s not as bad as being outright kicked, but it’s still pretty bad.

Loud snorers made the list for 15 percent of people.

9. Rushing to get off the plane as soon as it gets to the gate: 15 percent

Another 15 percent of survey participants said the people who try to bolt off the plane are the worst. It’s one of our personal pet peeves, too. Seriously, where do you think you’re going?

The remaining rankings are as follows:

6 Things You Should Never Wear On An Airplane