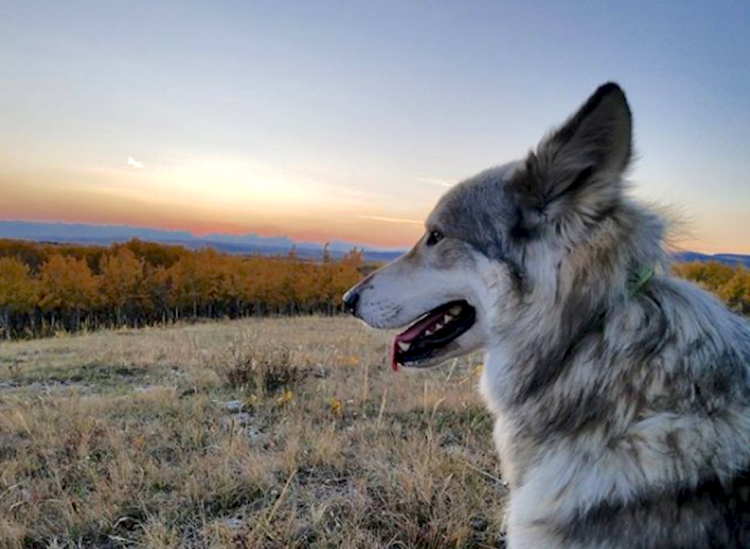 You may have seen giant wolf look-alikes in your Instagram feed or dominating the dog park, but this Canadian animal sanctuary lets you get up close and personal with the big pups — or even bring one home.

So, what is a wolfdog exactly? Well, these pups are hybrids — part wild wolf, part domesticated dog. But often people don’t know quite what they’re getting into when they decide to get a pet wolfdog. The dogs have the traits of both a lovable housedog and an unpredictable wolf.

Yamnuska Wolfdog Sanctuary rescues wolfdogs that were abandoned, neglected or left homeless. The organization also supports wolf preservation in the wild since Canada is home to many of the world’s dwindling wolf packs.

A post shared by Yamnuska Wolfdog Sanctuary (@yamnuskawdsanct) on Oct 3, 2017 at 9:27am PDT

Yamnuska divides the rescued dogs into two populations. Some dogs are “high-content,” which means they exhibit a lot of wolf-like behaviors and belong outside in nature. The high-content wolfdogs live outside on the sanctuary’s 160 acres of land.

But some wolfdogs are tamer. They are more like the doggos we city-dwellers know and love. These wolfdogs can be adopted (although these big canines are still not meant for the apartment life).

There are a couple tours for visitors, ranging from $24 for a guided walk through the sanctuary to $54 for a closer look and lesson on wolf behavior (and a chance to interact with the dogs).

The sanctuary is located in Cochrane, Alberta. If you’re heading to Banff National Park for some wild explorations, you’re only about an hour drive from Yamnuska. Maybe you need to bring a wolfdog on your next camping trek!