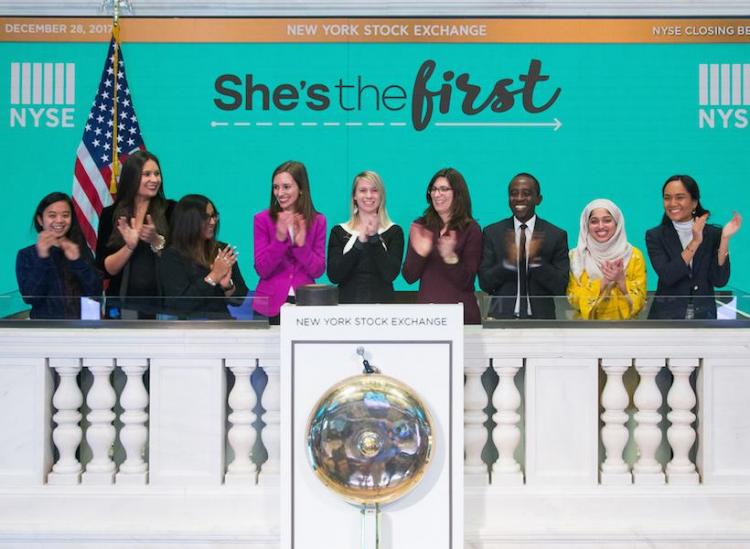 It’s impossible to predict the paths our lives will take. One day, you can feel on top of the world and in one instant everything can change. In some moments, we may find ourselves in a position able to aid others, while at other times all we need is a helping hand. No matter the situation, it’s always important to look around you and understand that there are so many wonderful and empowering individuals out there striving to make the world a better place. Check out this list of 10 women-run nonprofits, created by women, and collaborating every day to help women live their best lives. 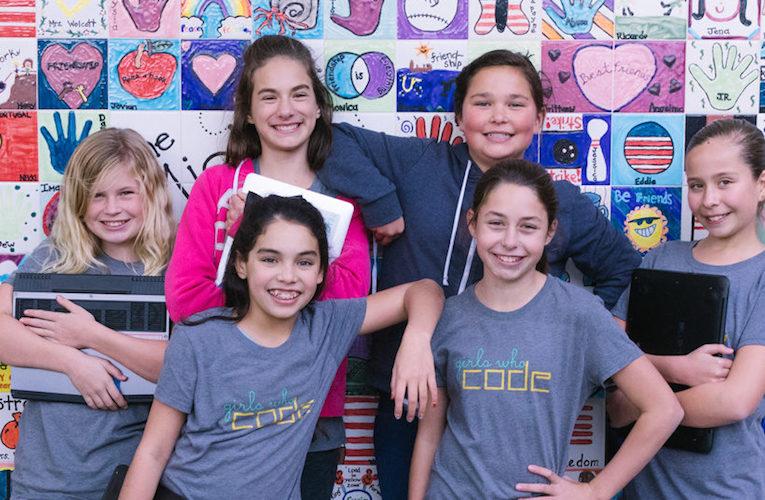 Girls Who Code was created by the brilliant political powerhouse Reshma Saujani. As the first Indian American woman to run for Congress back in 2010, Saujani does not shy away from a challenge. While campaigning, Saujani witnessed firsthand the challenges girls face in access to and involvement with technology. This inspired her to found Girls Who Code back in 2012. Since then, the organization has reached over 90,000 girls of all backgrounds in all 50 states. Girls Who Code is continuously working hards towards their goal of achieving “gender parity in computer science by 2027.” Whether you are a teacher, college student, or just driven volunteer willing to dedicate time to the cause, the organization is always looking for leaders for local chapters’ meetings.

She Should Run’s mission is simple, the organization wants to inspire the next generation of women to run for office in the United States government. Through their Ask A Woman To Run forum, the organization specifically reaches out to and supports “women of all political leanings, ethnicities, and backgrounds” with the goal of creating a diverse and effective democracy for individuals from all walks of life. She Should Run was founded in 2011 by Erin Loos Cutraro, but since just 2016, the nonprofit has supported over 21,000 runs for office. The organization soon hopes to raise that number to at least 250,000 by 2030. If you’ve ever felt drawn to public office or just want to learn more on how to get involved and support, this awesome organization is worth checking out. 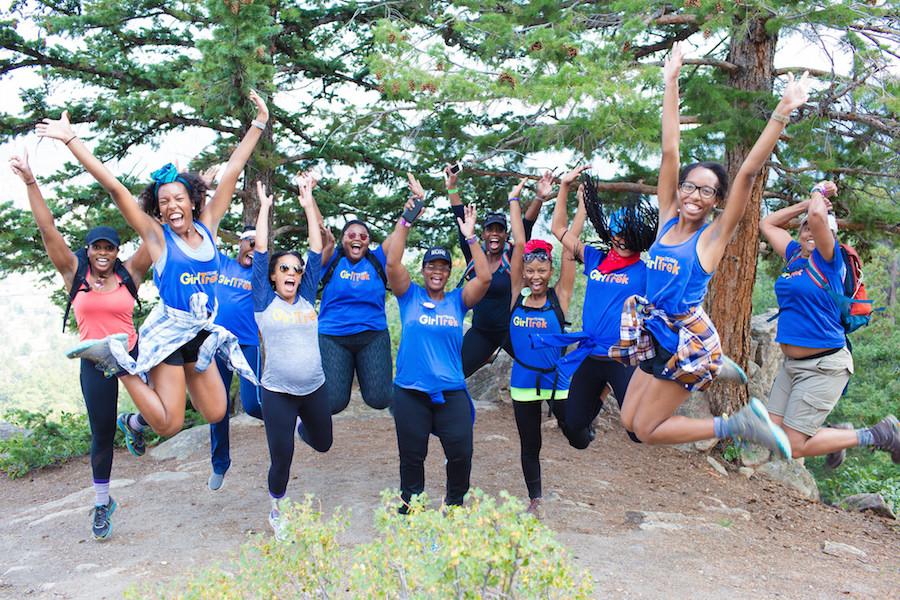 GirlTrek is currently one of the largest nonprofit organizations in the country that advocates for the health of African American women and girls. GirlTrek was established in 2011 by college friends Morgan T. Dixon and Vanessa Garrison after they both discovered a healing connection to their health, mental state, and families through walking. GirlTrek’s mission is to “pioneer a health movement for African-American women and girls grounded in civil rights history and principles through walking campaigns, community leadership, and health advocacy.” The organization has ignited a movement throughout the country, with over 153,147 women taking the GirlTrek pledge, and they’re aiming to reach 1 million women by 2020.

One Love Foundation was founded in 2010 by the family of Yeardley Love, a victim of domestic violence who was killed by her ex-boyfriend. Created in Love’s honor, the foundation seeks to end abusive relationships by educating individuals on the foundations of healthy relationships versus unhealthy relationships. Through campaigns, workshops, and fundraising events, One Love is working to change the conversation and educate the greater community one step at a time. 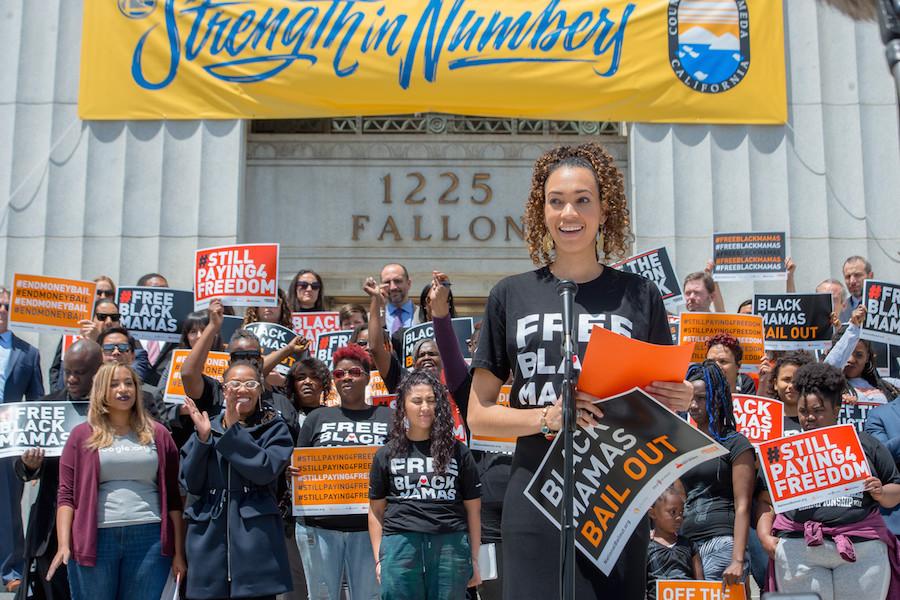 Although the United States contains only just below 5 percent of the world’s population, astoundingly, it houses an estimated 20 percent of the world’s prisoners. As of this year, there are over 2.3 million individuals detained in the country’s jails and prisons. The Essie Group was founded by Gina Clayton in 2014 with the mission of ending mass incarceration’s negative effects on women and the communities of loved ones currently imprisoned. The organization functions primarily through their award-winning Healing to Advocacy program which seeks to bridge relationships between women of all backgrounds to combat isolation and facilitate community engagement.

Malala Yousafzai is a Pakistani human rights activist who advocates for the education of women and children. Yousafzai initially rose to fame during the Taliban’s occupation of her home in the northwest of Pakistan. At the age of 11, Yousafzai became a correspondent with BBC Urdu. She bravely detailed her life during the Taliban’s occupation and spread her experiences to the rest of the world. In 2012, Yousafzai survived an assassination attempt by a member of the Taliban, which only further projected her cause to international awareness. The Malala Fund was then created by Yousafzai and her father, Ziauddin Yousafzai, the following year to advocate for every girl’s right to an education. The Fund has spread throughout the world to areas such as Afganistan, Brazil, Nigeria and Syria. 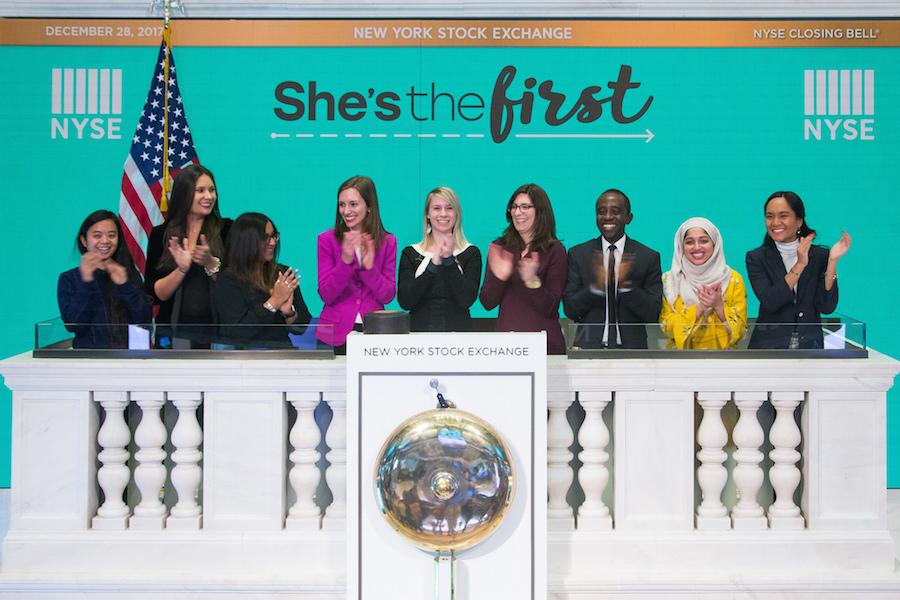 She’s The First initially began as a short YouTube campaign in 2009 that took the internet by storm. Co-founders Tammy Tibbetts and Christen Brandy sought to spread the idea that millennials need to pursue and advocate for girls’ education. The organization continually works towards gender equality by supporting girls around the world to be the first in their families to graduate high school and become global leaders. Since it’s founding, She’s The First has made a huge impact, both in the United States and around the globe in countries like Ethiopia, Nepal, and Tanzania. With over 200 campus chapters across the U.S., it’s only going to keep on growing.

Women for Women International was founded in 1993 by Zainab Salbi, an Iraqi- American entrepreneur and humanitarian. Salbi was compelled to establish the organization after witnessing the horrors of the infamous rape camps in Bosnia and Herzegovina and Croatia during the Balkan wars. Women for Women International aims to help female survivors of war through a year-long program covering monetary, community, and educational support. The organization brings together classes of 25 women to learn about their rights, share their personal experiences, work together to build better communities and more. After over 25 years of work, the organization has supported over 478,000 women in eight countries suffering the collateral effects of war. 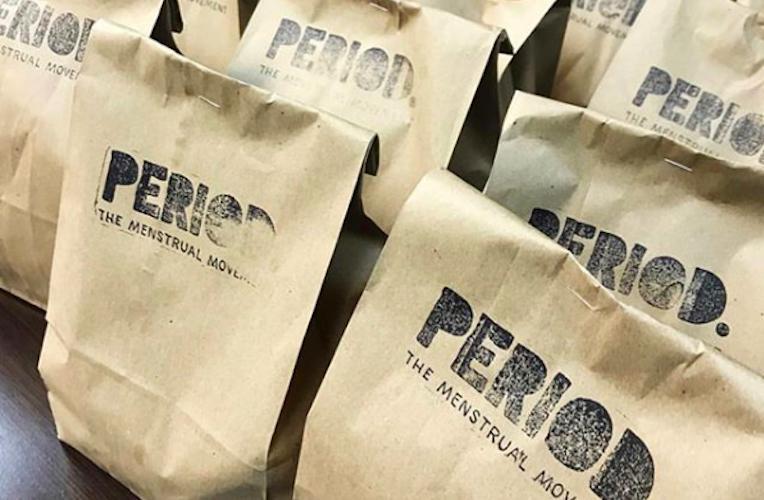 Period was co-founded in 2014 by at the time high school students Nadya Okamoto and Vincent Forand. Okamoto, who at one point was homeless herself, realized the immense demand for feminine hygiene products while conversing with homeless women on her daily commute to school. Period’s overall mission is explored in three parts: serve, educate, and advocate. Through serving, the organization delivers Period Packs to communities in need. By educating, Period seeks to normalize those difficult conversations about the menstrual cycle through their large network of high school, college, and community chapters. Finally, through advocating, Period is fighting to make a lasting change by lobbying to repeal the tampon tax and fight for free menstrual products in public places.

Movemeant Foundation’s main goal is to empower women to love their bodies just the way they are. Founded in 2010 by Soul Cycle instructor Jenny Gaither, Movemeant strives to spread the belief that “every body is meant to move and that through movement, we can enable women and girls to find self-confidence, self-esteem and a positive body image that leads to physical, emotional and mental well being for the rest of her life.” Based out of San Francisco, CA, Movemeant works nationally to spread body positivity through educational programs, large-scale campaigns, and their annual “Dare To Bare” events across the country.

These women run nonprofits are just a few of the many organizations — large and small — making an impact on the lives of women throughout the world. Whether it’s through donating a small amount monthly or showing up to a volunteer at a fundraiser, there are so many ways to get involved with a cause you care about.

Why Volunteering Could Accelerate Your Career

Do-Gooders Here’s What You Should Know About Volunteering Abroad