This Could Be Why You Feel Impossibly Cold All The Time 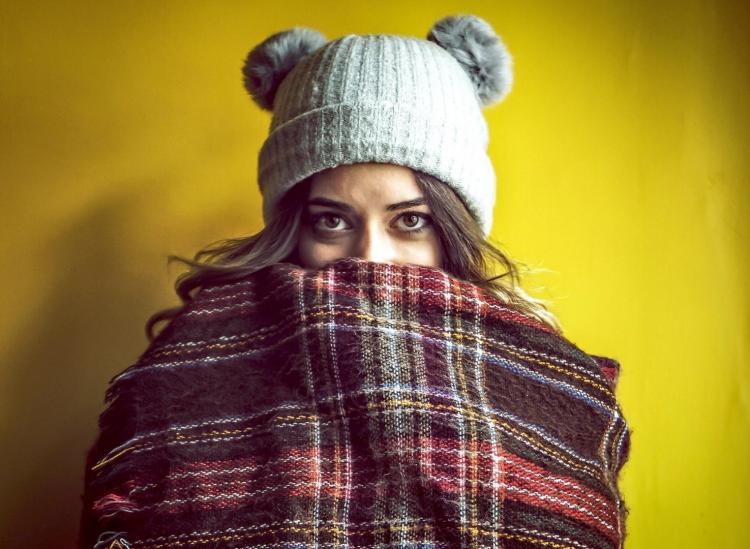 Are you the person in the room who’s always requesting to blast the heat when it’s already 75 degrees? Your cold-natured tendencies aren’t uncommon, but they also aren’t what medical professionals would consider the norm, either. Even if you feel healthy as a horse, there could be an underlying issue leading to those frustrating body chills and icy extremities. Here are some potential reasons why you feel impossibly cold all the time.

Your pituitary glands are underperforming.

The pituitary gland is responsible for keeping the thyroid (a set of different glands located in your neck) in good, working order. When it’s understimulated, you can experience symptoms like fatigue, forgetfulness, depression, digestive issues and — yep — feeling cold constantly.

Medically speaking, you’re underweight if you have a body mass index of 18.5 or lower. When your body fat reaches this low point, your body loses its ability to properly insulate itself. This is why people who develop eating disorders often end up growing excess hair on their arms, legs and face — it’s the body’s attempt to add a warming mechanism. Also, if you’re underweight, it’s probable that you aren’t eating very much, which is halting your metabolism, AKA the little engine that revs inside your body.

You struggle with anxiety.

Believe it or not, those mental snags could be connected to your physical shivers. Because bouts of anxiety often prompt the body’s automatic fight-or-flight response, which sends most of the blood in the body rushing toward your torso to protect vital organs, you can end up with rather cold extremities that just can’t seem to thaw.

You have really low blood pressure.

Low blood pressure is a good thing, right? Well, to a limit. If your blood pressure is too low, that means that less blood (as well as less oxygen) is reaching both your organs and those chilly fingers and toes in the same period of time a person with normal blood pressure circulates exactly what their body needs. And blood, of course, is that wonderful life force that keeps us nice and toasty.

Your diet is lacking iron.

Speaking of blood, if you aren’t getting enough iron in your diet, your red blood cells will have a difficult time carrying an adequate amount of oxygen throughout your body. This is called anemia. People struggling with anemia can also struggle with a lazy thyroid simultaneously, making those chills even worse.

You have legitimately poor circulation.

People use this one as a passing excuse all the time without much to back up their claim, but it’s a real thing for many people. Whether you have a clotting disorder or Raynaud’s disease (a scary way of saying the spasming of narrowing arteries in your fingers and toes), blood vessel issues can make you feel extremely cold without presenting any other worrisome side effects.