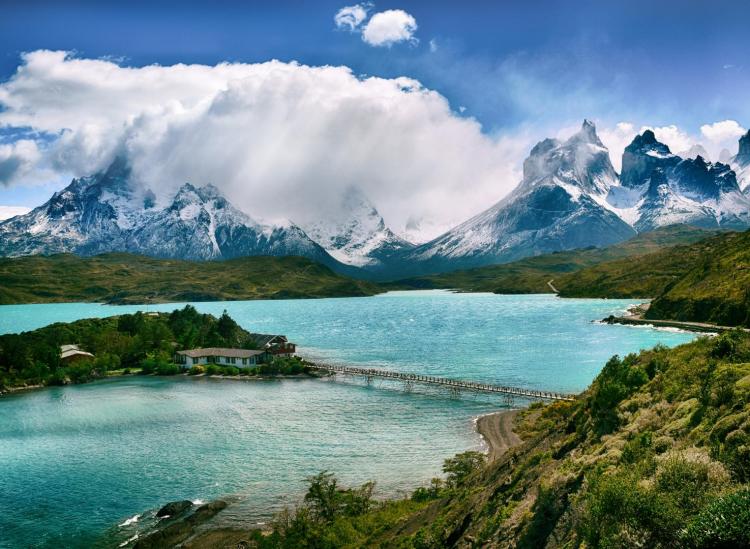 If end-of-year bonuses and holiday gifts turn your brain immediately toward your travel plans for next year, we understand. The world is so so big and we are so so small. So if your wanderlust is strong, but your brainstorming game weak, here are our top destinations you should consider for 2018.

Tbilisi, Georgia is the top East-meets-West city on our list. The Georgian (country, not state) city oozes cool, with cafes and bars making puns out of the country’s communist history and a fascinating arts scene. It doesn’t hurt to have hiking trails dotted with medieval UNESCO heritage sites located in the northern part of the country. We vote to start in Tbilisi and work your way north to Svaneti to hit the trails.

Minneapolis hits the national stage in 2018 when the Super Bowl comes to town. But we wouldn’t recommend visiting this Midwestern city in February. Minnesota is called Minnesnowta for a reason and that reason is that it’s maddeningly cold in the winter. But in the summer, the locals emerge from hibernation to reanimate the city’s many lakes, street festivals and open-air breweries. We like to say, think Portland, minus mountains, plus Canadian-style nice people.

Via Dinarica, Bosnia And Herzegovina

Joining seven Balkan countries, the Via Dinarica is a network of trails through surprisingly untouched natural wonders. The Dinaric Alps follow the coast of the Balkans, meaning you can launch yourself into the wilderness as soon as you get tired of the crowds in Dubrovnik. If you want to camp, you can really go deep into the mountains, but if you’re not a tent fan, you can arrange homestays or stay in hostel-like huts along the Bosnian and Herzegovinian portion of the trail.

We know it’s an expensive plane ticket from almost every airport in the U.S., but we still can’t stop dreaming about Chile and the rugged moonscapes of Patagonia. Between hiking Torres del Paine National Park or the Atacama desert and exploring cities such as Santiago and Valapraíso, there’s literally everything in Chile. The climate and environment vary vastly – beaches, deserts, mountains – and the cities have metropolitan flair and small-town charm.

With budget flights getting easier and easier to nab, we you should move London up a couple notches on your to travel list. Between Norwegian, Wow and newcomers to the cheap travel game, it’s more affordable than ever to head to jolly England. The capital city is a cultural hub for every reason: food, theater, art, museums, festivals, music – you name it. Doesn’t hurt that the accents are pretty fab, too. Cheers!