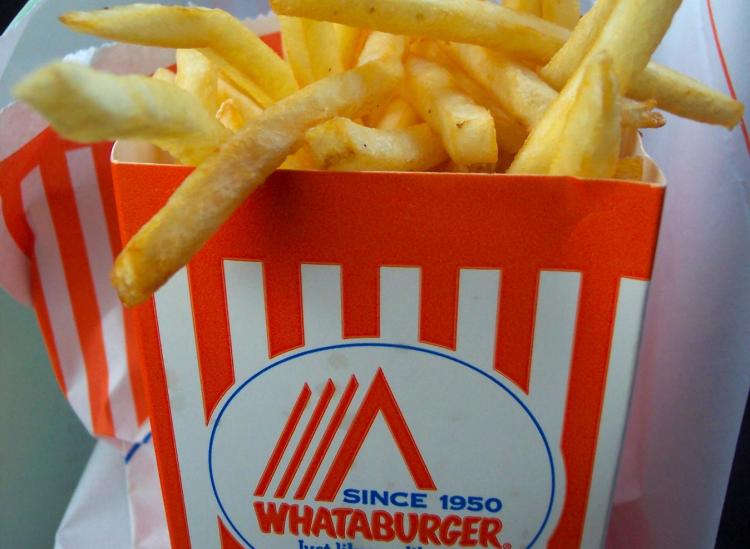 If you live in the south (or if you’ve ever visited), you know exactly what Whataburger is all about. The fast food chain, which populates the southeast and southwest states of the U.S., is known for its creativity and personalization of each dish. Here are some of the most interesting things you should be ordering:

Whataburger staff members put one of their famous, hot apple pies in a cup and scoop some vanilla ice cream on top of it. Yesssss.

Essentially, you ask for the pancake platter and a side of chicken strips. Bonus: ask for honey to pull the whole meal together. Make sure to ask for this dish during breakfast hours (between 11 p.m. and 11 a.m.).

Instead of ordering a chicken biscuit with BBQ sauce, try asking for Whataburger’s signature honey butter instead. Imagine that buttery toasted bread, crispy chicken and the sweetness of the honey, all in one bite.

You can order a pretty bomb breakfast sandwich at Whataburger, but up your game by asking for the “Ranchero BOB,” which includes jalapeño scrambled eggs, bacon or sausage, and green picante sauce on a bun.

Yep, it’s pretty simple, but a grilled cheese isn’t actually on the Whataburger menu. Just ask for it at the counter or in the drive-through and your server will likely cook it up for you.