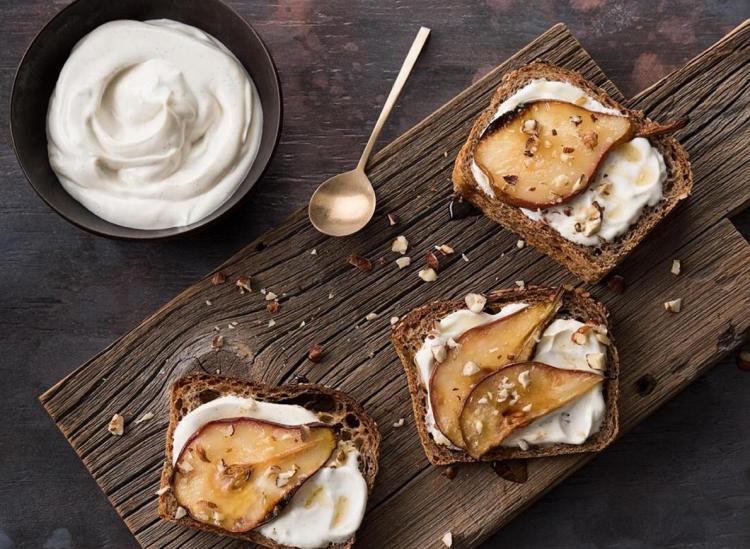 When the first Nordic settlers came over to Iceland, they brought with them centuries of food-preserving techniques. The country’s climate, which is warmer than one would expect and quite windy, forced dairy products to take on new forms.

Vikings introduced skyr around 1,100 years ago. They relied on the protein-packed yogurt for nourishment for hundreds of years while living just below the Arctic Circle. While the rest of the world is a little late to the skyr game, this superfood is supposed to be an ideal supplement for people who want to live an active healthy lifestyle. Over the years it has remained a staple of Icelandic meals and holds its own as a national food of the country.

Icelandic skyr might be the new Greek yogurt since it’s smooth, rich and creamy while remaining naturally fat-free (it’s made with skim milk). It’s loaded with calcium and packs an unrivaled punch of protein compared to other Greek yogurts.

A post shared by Icelandic Provisions (@icelandicprovisions) on Jan 19, 2017 at 7:26am PST

The original art of skyr-making has died in many parts of the world, but Icelanders are still making it the old-fashioned way, with a little help from modern technology of course. Icelandic Provisions makes their skyr through MS Iceland Dairies, which is a family-owned dairy and leading producer in the industry. They use an ultrafiltration process which keeps the whey proteins in the yogurt. These proteins can help with building and repairing muscle, and also lend to the yogurt’s smooth and creamy texture. Made from skimmed milk, it takes four cups of milk to make a single cup of skyr. The dairy company believes that this nutrient-rich yogurt could be the reason why Icelanders are Europe’s longest-living people.

When it comes to flavors, Icelandic Provisions uses bilberries, which are like juicier and more intense flavored blueberries that only grown in certain areas of Iceland. They also use cloudberries — gold, very rare in the Nordic region and used for their sweet baked apple flavor — and lingonberries, which are sweet and tart. You can find these products in stores like Fairway, Morton Williams and Whole Foods in flavors like Strawberry and Lingonberry, Peach and Cloudberry, Blueberry and Bilberry, Coconut and Raspberry.

A post shared by Icelandic Provisions (@icelandicprovisions) on Sep 9, 2016 at 6:02am PDT