Don’t Miss Out On The Sweet, Messy Treat That Is The Stroopwafel 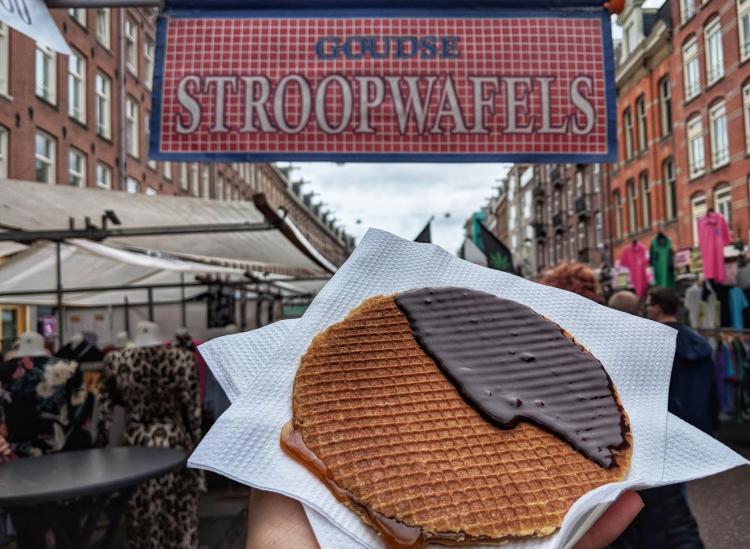 We have a theory that any food with origins in the town of Gouda is a good one. Case and point (beside the eponymous cheese): the stroopwafel. This Dutch cookie is a wonder. It’s a thin wafer sandwich with caramel syrup in the middle, sometimes topped with a little layer of chocolate. They’re addicting and have been enticing Dutch eaters and visitors since the 18th century.

Stroopwafel translates to “syrup waffle” in English, and the first known syrup waffle to ever be created was in Gouda, Netherlands around the late 1700s or early 1800s. The first stroopwafels were made from the scraps from bakeries, breadcrumbs and other sweet leftovers. They combined these bits with syrup and pressed them into cookies, gluing two together with the caramel syrup.

The cookies’ popularity spread over the next 100 years and by the end of the 1800s, they’d made their way outside Gouda and toward Amsterdam. By the 20th century, factories started to make stroopwafels, initiating the divide between the fresh stroopwafel eating and premade stroopwafel eating. But whichever calls to you, you can’t skip eating one while in the Netherlands.

We put some serious thinking into how we’d recommend indulging in a stroopwafel snack and came up with a detailed ranking of our top three stroopwafel experiences.

1. Buy your stroopwafel fresh from a Dutch market.

There’s nothing like eating one of these fresh — mess and all. We promise you’ll need a lot of napkins, but we can also promise that you’ll love every second of sticky fingers and dripping caramel. You have to buy stroopwafels straight off the griddle if you want the authentic thing. One cookie will be taken off the pan and spread with molten caramel and topped with a second perfectly crisp cookie. If you want to go above and beyond, you can add a layer of chocolate on top.

The Original Stroopwafel stand is located at the Amsterdam Albert Cyupmarkt, and the affordable treat is mouthwatering (just $1.75!). They’re made Gouda-style and can be a handful to eat on the go, but it’s worth it. For a sit-down stroopwafel experience, try Lanskroon, located right on one of Amsterdam’s gorgeous canals. 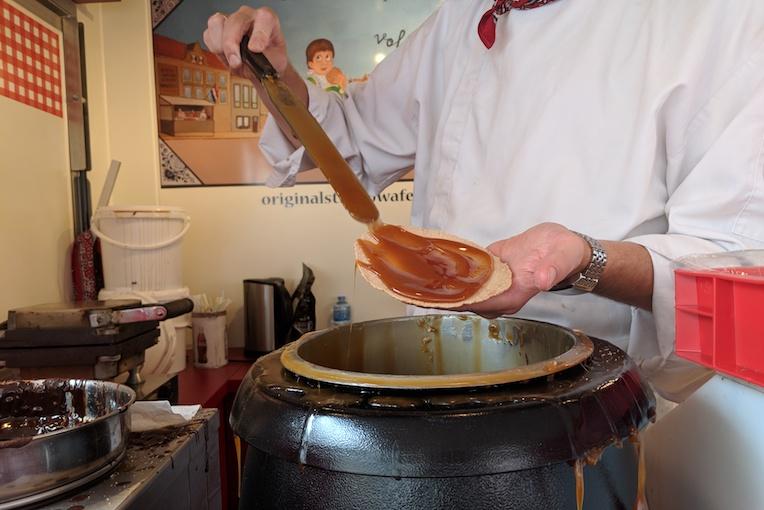 2. Munch on a package of ‘wafels with a hot mug of coffee.

Sometimes you can’t make it to a street market in Amsterdam. And we understand that in these moments, you might still want a stroopwafel. Actually, there are just so many more moments where you might want a stroopwafel and not be located in the Netherlands. That’s okay — prepackaged stroopwafels can help fill the void.

In those cases, pour yourself a boiling mug of coffee (or tea) and place your stroopwafel on top of the cup. The steam from your cuppa will soften the crunchy cookie and heat up the caramel inside. It’s very nearly as good as the fresh product and is the traditional way to eat them… if you can wait to chow down until the steam settles, that is. 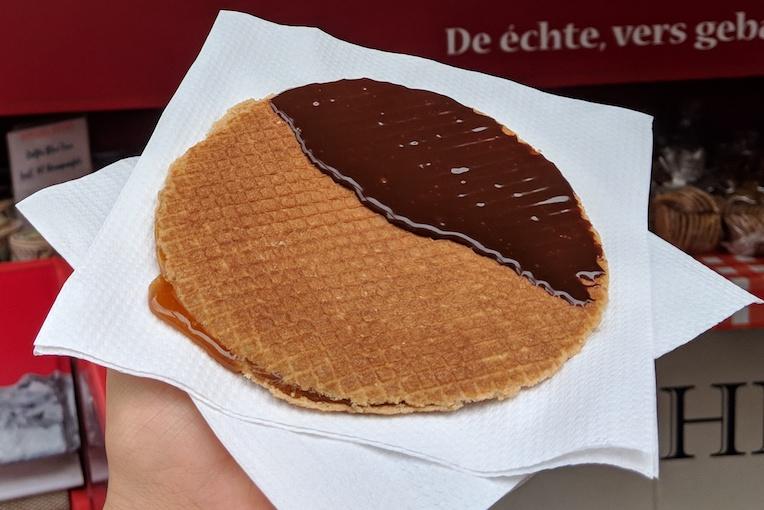 It seems almost too obvious not to be a staple at some hipster market somewhere: stroopwafel plus ice cream. And lo and behold, Williamsburg, Brooklyn’s Smorgasburg has a version of this treat from The Good Batch ice cream shop. There’s also a brick-and-mortar store location in Clinton Hill, Brooklyn.

You can also create your own ice cream concoction with your favorite stroopwafel brand. If you make it yourself, we suggest heating the cookies in the microwave for a few seconds to get that gooey caramel effect before adding a scoop of vanilla ice cream. Top it all off with a drizzle of chocolate.

9 Awesome Dutch Foods You Need To Try In Amsterdam