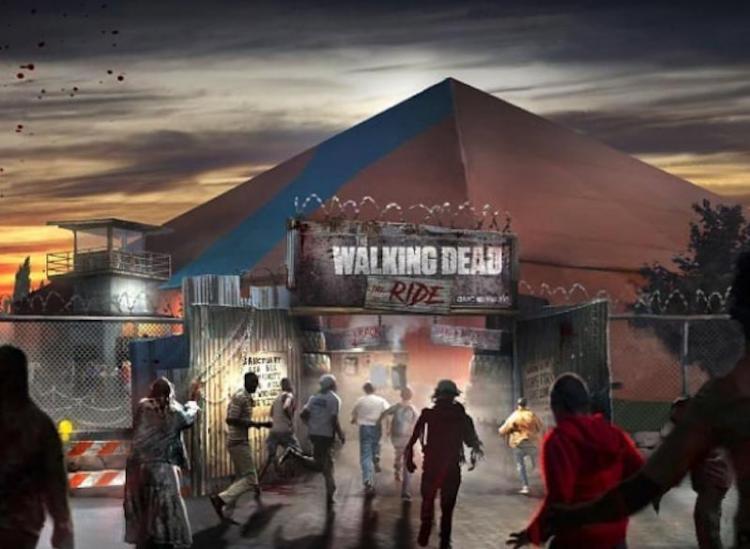 Remember how in the movie “Monsters Inc,” Sulley and Mike spook humans to harvest their scared energy? Well, this roller coaster does the same thing IRL, and your screams can actually charge a cell phone.

“The Walking Dead” roller coaster at England’s Thorpe Park is going to be scary in all sorts of ways. It’s called The Walking Dead: The Ride, and there will be zombies at every turn — some even popping out at you as you zoom along the ride. It’s pretty much a given you’ll let out a scream or two.

And when you do scream and shriek, a mechanism attached to the ride will turn that terror into power.

Engineers from the Queen Mary University of London created the futuristic tech. On every coaster carriage, there’s a small box with LED lights. Louder screams will make the lights glow brighter, signaling that the sound vibrations are being captured by the machine and turned into usable energy.

“The system uses a mini energy harvester to capture the kinetic energy, transferring it to a separate electrical circuit and storage unit, which is enough to charge a mobile phone,” Dr. Joe Briscoe, an engineer who helped pioneer the project, told The Sun.

The only bad news? Besides the zombies (obvs), you can’t charge your phone from your own screams. But guests waiting in line to get on the roller coaster can charge their phones on previous riders’ screams. So when it’s your turn to ride, scream loudly and pay the charging power forward.

The ride debuts on March 31, so TWD fans, get to England ASAP.