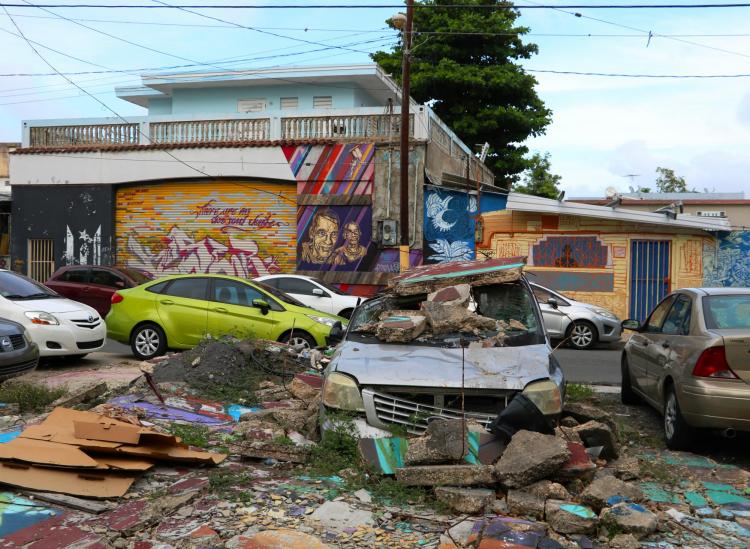 In the fall of 2017, Hurricane Maria ripped through the islands in the Caribbean, with Puerto Rico being one of the worst hit. The U.S. territory, known for its colorful streets, world-class beaches and wild jungles, was devastated by the storm. And now, a year later, the resilient island is rebuilding towns and cities and refreshing storm-worn seasides and jungles.

With 155 mile-per-hour winds, Hurricane Maria crashed into the island (which had an already-fragile power grid), wreaking havoc from coastal homes battered by wind and waves to mountain jungle roads wiped out by mudslides in the aftermath. The entire island was left without power, more than a million living without power or even water for weeks to months.

More than a year after the hurricane struck, estimates of the damage are still evolving as the enormous scope of the disaster becomes clear. As of September 2018, authorities estimated that nearly 3,000 people died (making it potentially the deadliest hurricane to hit the United States in a century). Even now, thousands of people are living under blue tarp roofs, but San Juan still calls to travelers. Many places are still recovering from the storm, but that’s actually more of a reason to visit.

Nearly 10 percent of Puerto Rico’s GDP comes from tourism — meaning the island needs guests to recover. Your travel dollars can make a real impact here. While the island has been officially open for visitors since a mere three months after the storm, many people aren’t sure of what to expect when landing on the island (especially as 2018’s hurricane season unfolds).

Puerto Rico’s hurricane season concludes at the end of November, meaning now is the perfect time to start planning a trip to the island. There are three ways you can vacation in Puerto Rico a year after Hurricane Maria. Any of them would give you an unforgettable tropical experience, but the one that’s best for you depends on both what you want from Puerto Rico and what you want to give back. 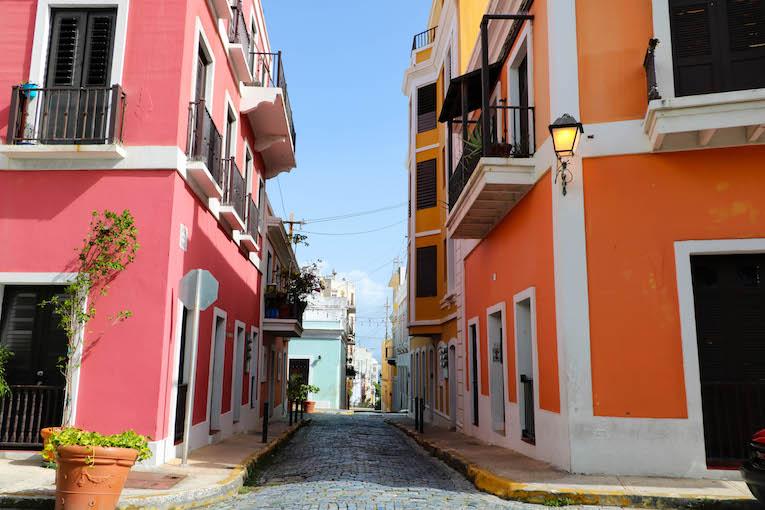 It’s entirely possible to have a classic beach vacation in San Juan, Puerto Rico’s capital city without ever really facing the effect of Hurricane Maria. Although San Juan suffered major damage during the hurricane, you won’t find much evidence of it in the main tourist areas of Condado and Isla Verde. The beaches are exquisite, from the central resort stretch of big hotels on Condado Beach to vacation hub Isla Verde even further down the coast. The few resorts that still show damage are on the outskirts of the beach, roped off seemingly out of sight, out of mind. 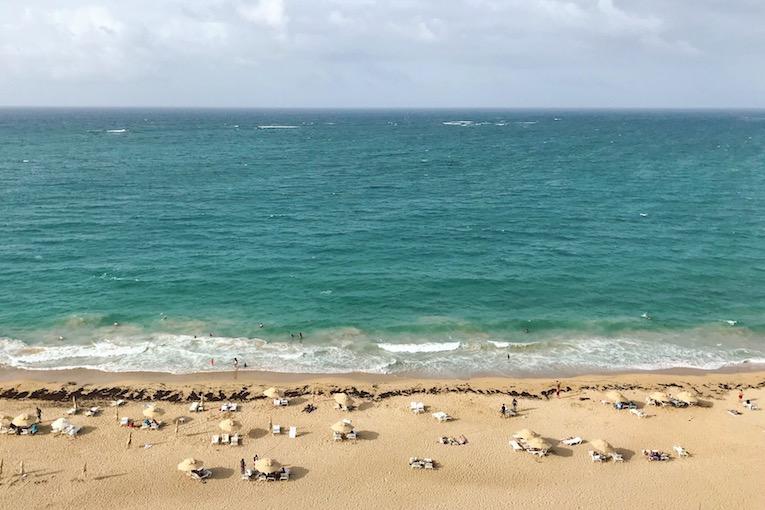 The one lingering effect of Maria that you might notice, even in Condado or Isla Verde, is the surprising number of empty buildings. Nearly 6 percent of the population of Puerto Rico left the island after the hurricane, moving to the continental U.S. And in the most populous city in Puerto Rico, San Juan, you’ll definitely see the resulting abandoned homes and empty lots. Some of these former family residences are being restored, while some will become new restaurants, shops and hotels.

Besides stretches of construction work, Old San Juan shines with adorable souvenir shops, hotels reopened since the storm and two enormous fortresses. However, looking out from Old San Juan toward La Perla, you can see where the storm crashed into the island. And it makes you question if you can simply vacation while there are people still living with tarps for roofs. 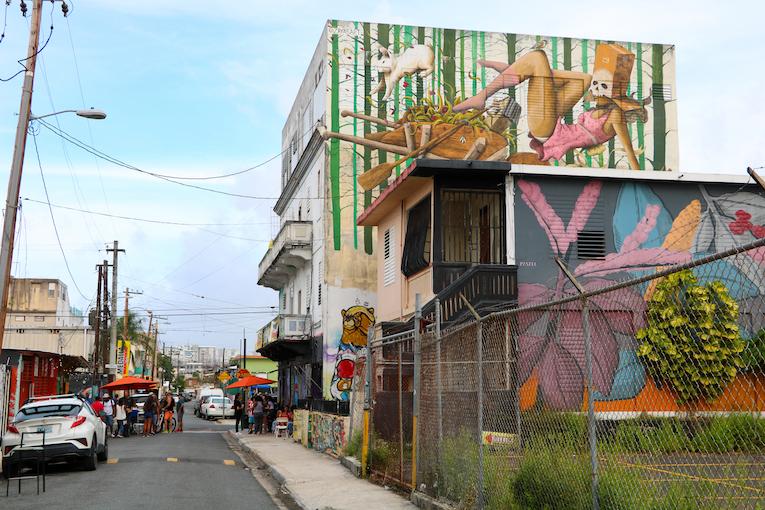 The problem with staying in a big all-inclusive hotel (well, one of them) is that the money you’re spending there only goes to the big hotel chain. So the whole “spending your tourism dollars in Puerto Rico” thing only works if you leave a hotel property and get out there into the real Puerto Rico.

The best way to do this is to leave Condado. Behind Condado, you’ll find Santurce. It’s a colorful neighborhood filled with street art and local bars, with sections that were badly damaged by the hurricane. You can still see a collapsed and shattered former mural that crashed into several parked cars left in bright disarray, a reminder of Maria. It’s only one display in a long stretch of powerful street art from before and after the hurricane, covering topics from slavery to modern-day colonialism. It’ll burst your Condado bubble, but go ahead and pop that façade of luxury — you’ll be glad to have your eyes opened. 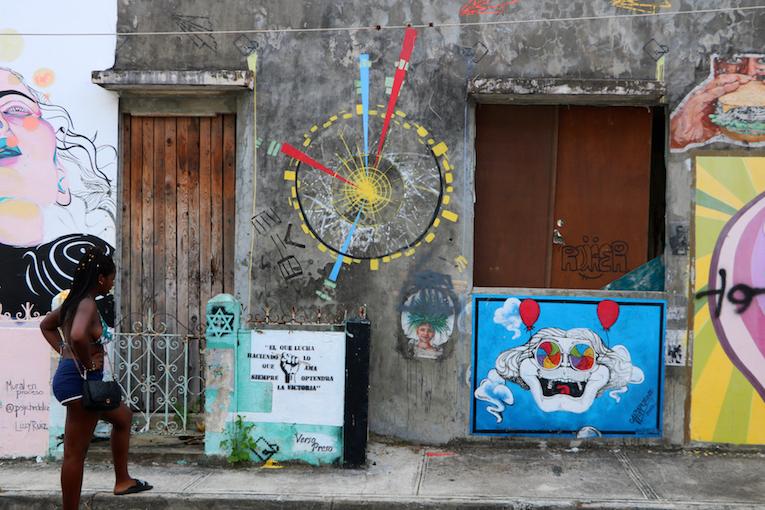 We like the stretch of restaurants, cafes, boutiques and bars along Calle Loiza. There you’ll find the Santurce location of local favorite La Cueva del Mar offering some of the best mariscos (seafood) you’ll find in San Juan, as well as taco spots, burger joints and cool open-air bars.

But let’s stress, this neighborhood doesn’t exist to please tourists like Condado and Isla Verde. It’s a real place where real people live and doesn’t revolve around visitors. So don’t be an entitled traveler: Don’t take pictures of people just living their everyday lives, don’t expect everyone to translate everything into English for you and don’t be a loud, drunken mess.

With that said, there’s no need to skip a taste of the enthralling San Juan nightlife. For an easy entry into the scene (and a fun way to spend those travel dollars), head to La Placita de Santurce. While you could visit the bustling San Juan street during the day, the place really lights up as the sun goes down and the salsa music starts to fill the plaza. Sip a mojito or piña colada, eat a multi-course meal, dance the night away — it’s the place to be on a Thursday, Friday or Saturday night in San Juan. 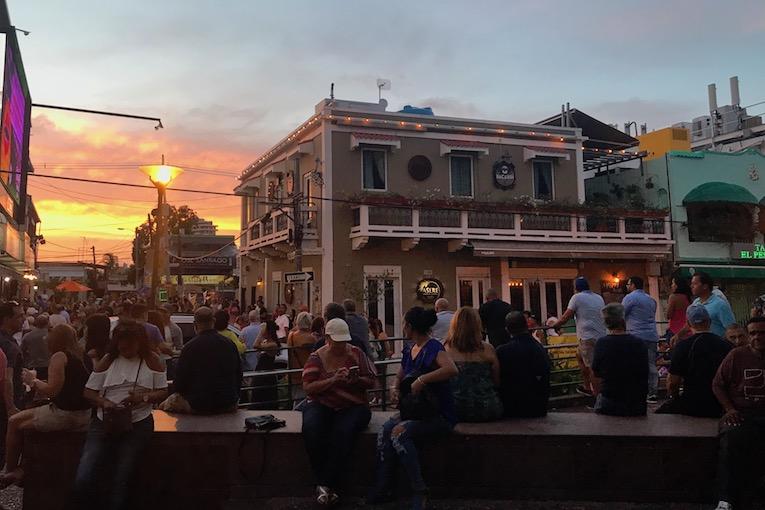 You’ll also find Jose Enrique’s eponymous restaurant in La Placita, housed in an unassuming pink house toward the back of the bar street. During the hurricane and immediately following, Enrique hosted famous chef Jose Andres’ World Central Kitchen, using the Jose Enrique restaurant kitchen to prep thousands of meals for those whose homes were destroyed. Enrique’s restaurant is back to basics now (AKA serving what’s widely known as some of the best food in San Juan), but you know the price of your meal here goes to a chef deeply involved in the local community.

If you absolutely can’t see yourself leaving the charming streets of Old San Juan, buy things from brand names you don’t recognize. That means getting the more expensive coffee from Cuatros Sombros instead of the nearby Starbucks and trading drinks at your hotel bar for a spot with a little more character. We like La Factoria for cocktails and dancing (it’s a classic, even if you can’t dance salsa) and Nono’s for a cold beer on a window balcony overlooking the Viejo San Juan streets. 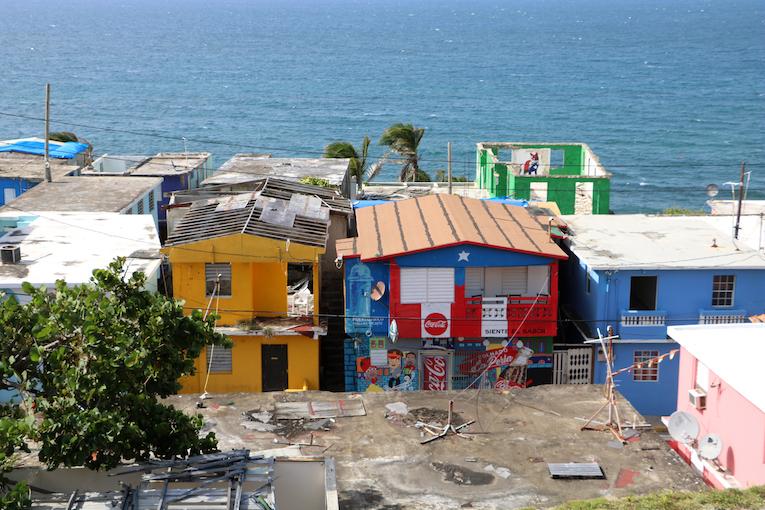 Want to go one step further than putting your wallet where your mouth is? Get your hands to work. There are still areas of Puerto Rico without basic necessities — there are many people in and right outside of San Juan living without roofs on their houses. Volunteer programs like All Hands, All Hearts give travelers the opportunity to help rebuild the infrastructure of local communities.

There are also eco-ventures, such as Para La Naturaleza, that are trying to rebuild Puerto Rico’s natural environments (for instance, the famous jungles of El Yunque National Park were devastated to the point where many trails are still closed). One of Para La Naturaleza’s goals is to plant 750,000 trees in the next seven years — and they need eager and willing hands to do so. 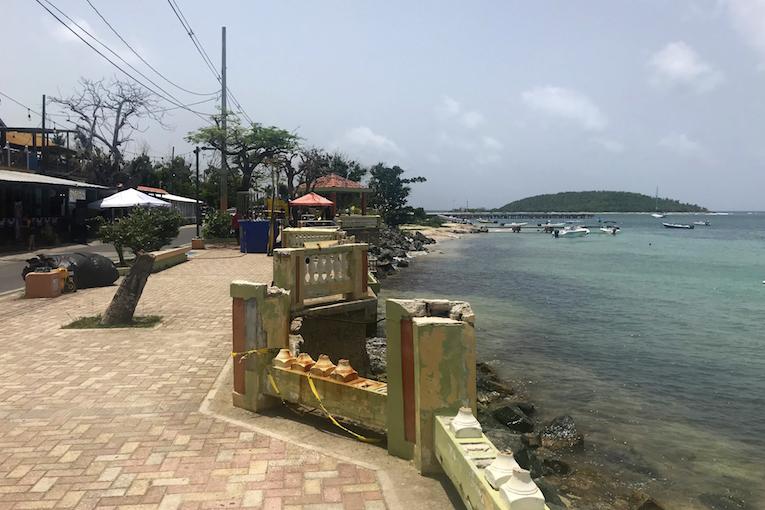 Even though you’re volunteering, remember that this is a vacation. You should expect to pay for your program (volunteer programs need a budget for staff to teach you the ropes, places for volunteers to stay and the actual materials needed for your volunteer work) and go in ready to listen, learn and do some not-so-glamorous tasks.

And you can still hit the beach for some R&R after you assist with some reforestation or house-building. We’d suggest a mojito on the sand to rest those do-gooding feet before you take a dip in the unbelievable Puerto Rican ocean.