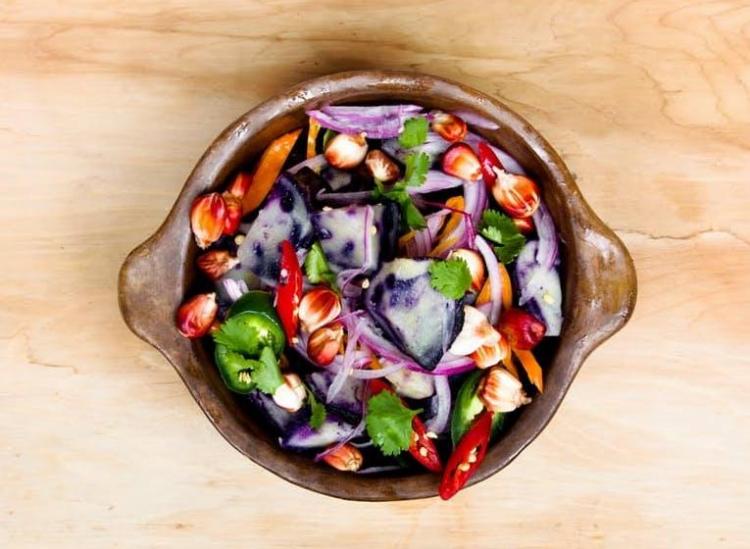 If you’re still working on shedding a little leftover winter weight, think twice before jumping into a not-so-sustainable, super-low-calorie diet to get the job done. The key could be stocking up on your favorite veggies instead.

A new study published in the Journal of the American College of Nutrition found that a vegetarian diet could prove twice as effective in reducing body weight as your standard calorie-restricted diet. The team of scientists from the Physicians Committee for Responsible Medicine selected 74 older adult participants with type 2 diabetes for the study. They then separated them into two dieting groups: one vegetarian group (which was pretty much vegan if you exclude the consumption of low-fat yogurt) and one conventional anti-diabetic group. Both plans restricted calories and included exercise.

After six months, the vegetarian participants lost an average of 6.2 kilograms (13.7 lbs.) of weight while the anti-diabetic group lost only 3.2 kilograms (7.1 lbs.), making the veggie lovers the clear winner (and by almost double the margin). The researchers also assessed the subjects’ changes in adipose (read: fat storage) tissue in the thigh area and found that the vegetarian diet specifically reduced fat beneath the fascia, as well as in between layers of muscle.

It’s worth noting the study’s list of limitations: the sample size was small and comprised of all older adults already struggling with type 2 diabetes, and all participants used calorie restriction of some kind to get the weight loss job done.

Plus, the exact reason why the vegetarian route proved so much more effective isn’t clear (and it wasn’t even included as part of the study’s hypothesis). But it’s always good to have one more reason to stock up on all the green stuff, right?

Take these exact findings with a grain of salt, but never hesitate to fuel your body in a healthier way when it comes to trying to lose weight. No matter what the scale says, you are doing your body a multitude of favors.