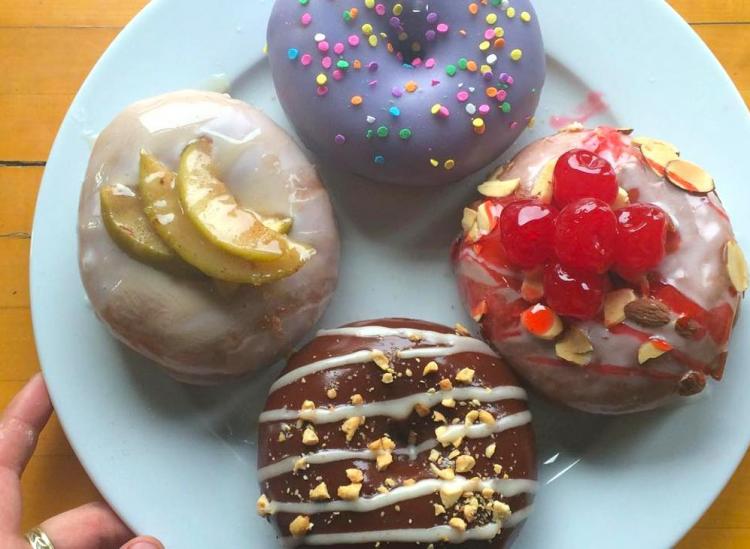 Hey vegans, don’t you wish there was some sort of metropolis for all yummy things sans-animal product? Well, there actually is, and you have to go. The first vegan mini mall is located in Portland, Oregon, and it truly is a beautiful place.

The strip mall is comprised of a grocery store with unconventional vegan snacks, as well as classic finds, a baking company offering up just about any treat you can imagine, a clothing store with purses and statement shirts and even a tattoo parlor.

So you can walk out with a cookie, a tattoo, a statement T-shirt and your favorite vegan cake mix.

In an interview with the LA Times, check-out worker Bryan Zurek said a lot of the customers coming to the mall aren’t even vegan. “They just come in and buy dinner,” he said.

Zurek also said that the strip mall sees tons of international patrons, mostly “Canadian vegans.” The most interesting attraction to those patrons? The tattoo parlor.

Zurek said that most tattoo parlors use inks with animal byproducts and that it’s nearly impossible to find a parlor with strictly non-animal inks. This parlor changes the game for a lot of west coasters who want a tattoo without compromising their vegan lifestyle.

If you’re looking to splurge on all the best vegan treats the world can offer — and maybe pick up that favorite vegan cheese and even get a tattoo while you’re doing it — this strip mall is the place. Take a trip out there and see for yourself.