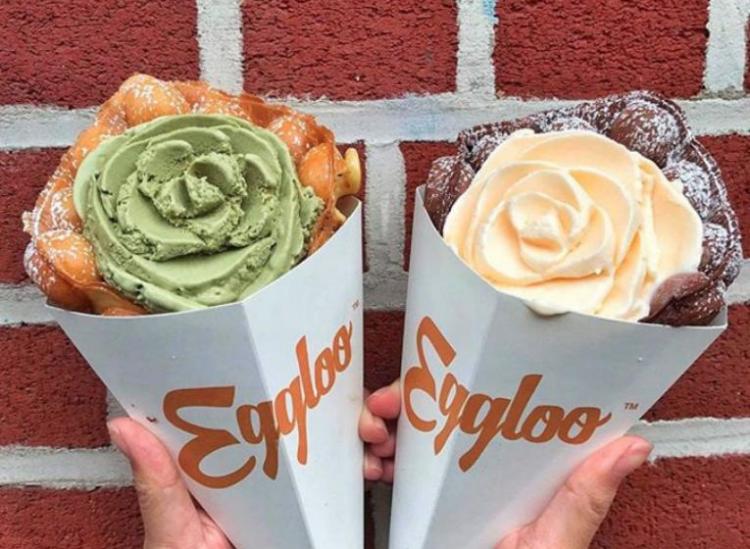 The specialty dessert shop Eggloo is known for its Hong Kong-style egg waffles called Gai Dan Jai. By now, you’ve probably seen these bubble-shaped waffles all over the place (especially Instagram) with all sorts of crazy toppings inside. A sweet egg-based batter is used to make the waffles, which have a crispy exterior and a soft, cake-like interior. They’re then filled with tons of ice cream and toppings.

What’s more exciting, though, is that Eggloo is going vegan. Oh yeah, the waffle party just got a lot bigger.

To celebrate the start of the new year, Eggloo created a new vegan chocolate egg waffle at their New York City waffle shop, along with vegan fillings, toppings and drizzles. They’re calling it “Choco-lit.”

While the vegan options are only available at the East Village location currently, these vegan egg waffles could hit it out of the park and make it nationwide in the future. Fingers crossed!