7 Things You Probably Didn’t Know About Under Armour 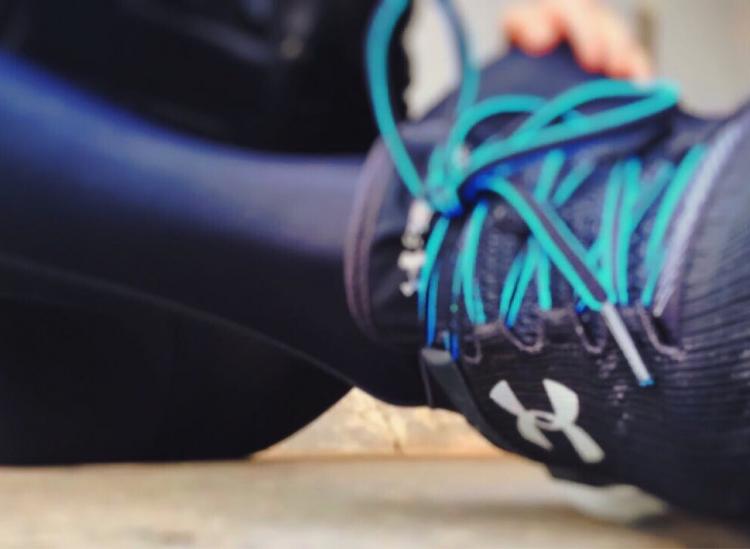 Every fitness fanatic has a brand they swear by for their leggings, tops, shoes and more, and for many, that brand is Under Armour. It’s known for catering fairly evenly to both men and women, and spotlights up-and-coming athletes that anyone would admire. Plus, no matter how big the brand gets, it keeps its prices pretty consistent. But we bet there are plenty of things you don’t know about the athletic apparel powerhouse. Here are seven facts about Under Armour that probably flew under your radar but are worth knowing.

1. Under Armour was created by Kevin Plank, a former University of Maryland football player.

After a few disciplinary struggles in high school, Plank was accepted to the university and walked on to the football team, where he eventually became team captain. He was tired of how sweat-soaked cotton shirts weighed him down and decided to create an alternative athletic fabric with moisture-wicking abilities.

2. He landed on the name by accident.

His initial trademark request for the brand name “Heart” was denied, and he couldn’t secure “Body Armor” either. One day, his brother asked him, “How’s that company you’re working on, uhhh… Under Armor?” Regardless of whether his brother was messing with him, the name clicked.

3. The reason why the CEO went with the British spelling of “” is outdated… and hilarious.

At the time of Under Armour’s founding, the internet wasn’t exactly the big hit it is today. And Plank didn’t actually believe that it was going to take off and become such a necessity of daily life. So when he considered the company’s future phone number (because that’s how we communicated before the world wide web existed), he thought 888-4ARMOUR was more compelling than 888-44ARMOR.

Yep, the brand’s first product placement was a jock strap in this sports drama. Sexy, we know.

In 2000, Plank spent every last cent that Under Armour had to buy a half-page ad in ESPN The Magazine. All company employees volunteered to go without a paycheck for a few weeks to make it happen!

6. Under Armour’s first patent was for a sports bra.

The company has spent $710 million on app acquisition — it currently owns big names like MapMyFitness, Endomondo MyFitnessPal. It even created its own proprietary app called Record. Across all of them, Under Armour maintains more than 130 million users in its network.

8 Pairs Of Leggings That Are Perfect For The Fitness Fashionista

These Are The Best Subscription Boxes For Fitness Fanatics