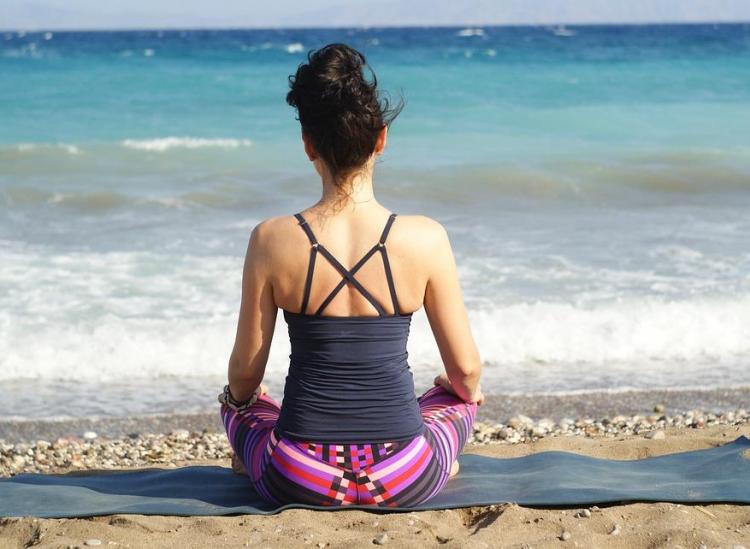 So you’ve finally decided to try your hand at the whole yoga thing. (Good for you!) You’ve bought a pair of super comfortable leggings, a cute fitted top and even a brand new yoga mat. But when you look at all of the class listings in your area, your heart flutters with anxiety and a little panic. There are so many different styles (and names to accommodate them) that you don’t even know what you’re signing up for, right? Well, we’re going to decode those class schedules for you to make sure you end up trying out the right style for what you want and need.

First things first, know that “hatha” is a general term that simply applies to the physical postures of yoga. The vast majority of classes taught in the Western world are hatha classes because they involve moving through a series of poses. So, if your studio simply refers to its classes as “hatha yoga” — which happens surprisingly frequently — we recommend giving them a call to inquire further about the style, difficulty levels and so forth. You can even use the following descriptions of the most common types of yoga classes to guide your conversation.

Ashtanga yoga classes use a predetermined sequence of postures set to a pretty rigorous pace. A lot of the poses can feel similar to the vinyasa style of yoga (more on that below) since they are also focused on the fluid and synchronous movement of the breath and the body. The idea is that the internal heat this class creates aides in purification. Alignment is also important to the Ashtanga yogi, which is why some studios have mats that mark various placements for your hands and feet as you move through the sequence. Since the order of poses is the exact same every single class, some studios have students complete the class on their own with teachers simply standing by for assistance.

For yogis who are: independent, hardworking and a little Type A

Bikram yoga is another style that uses a predetermined sequence of 26 postures for each class, as well as breathing exercises to open and close the practice. It is performed in a room heated to 105 degrees Fahrenheit with a humidity level of 40 percent. The teacher keeps the environment regulated as he or she verbally guides students through the series, which typically takes 90 minutes (although some studios have created abbreviated 60- and 75-minute options). The premise is that the heat and order of the poses allows yogis to tend to every organ, muscle, tendon and ligament in the body in one practice, helping to boost both health and longevity.

For yogis who are: headstrong, organized routine lovers

Hot yoga is very similar to Bikram yoga with the exception that it can deviate from the ordered set of postures depending on the teacher’s expertise and students’ interests. Since Bikram is technically a branded form of yoga, any modified forms have to go by the simple name “hot yoga.” But the classes often follow the same structure, focusing on breathing exercises at the beginning and end of class. Most hot yoga classes aren’t heated to the steamy 105 degrees that Bikram studios use, but you can still definitely achieve deep stretches in these classes.

For yogis who are: focused and into sweating (a lot)

Iyengar yoga is all about finding the proper alignment of the body in postures. While some yogis have the attitude that props like blocks and straps are for beginners, Iyengar practitioners see these things as tools to help the body achieve proper balance and they won’t be caught in a studio without them. These classes take their time with each pose, allowing instructors to explain how to get there, the importance of being there and how to move onto the next posture. There is little flow and sweat happening in Iyengar, but the mental work definitely makes up for it.

For yogis who are: respectful and appreciate the “right” way of doing things

Kundalini yoga is known for blending the spiritual and physical aspects into a single practice. A typical class includes the actual asanas, as well as dynamic breathing exercises, meditation, mantra chanting and more. Instructors focus just as much on their students’ consciousness as they do their physical vitality. Think of kundalini as the work to achieve a true mind-body connection.

For yogis who are: in it for the spiritual benefits as much as the physical ones

Restorative yoga is all about helping the mind and body reach a state of total relaxation. A typical class only moves through five or six poses because each is held for at least five minutes. The postures can include anything from gentle twists to seated forward folds to light backbends. All are very safe for beginners. You certainly won’t be moving around a lot in this class or learning much about the wide variety of asanas that hatha yoga has to offer, but that’s kind of the point.

For yogis who are: anxious and want help slowing down

Vinyasa yoga is easily one of the most popular styles of yoga in the United States. It’s all about connecting your breath to the poses and letting it take you from one to the next in a flowing manner. Many classes you’ll see on studio schedules are labeled “Vinyasa Flow” for that exact reason. There is no set order of postures in vinyasa, but a signature of this style is the use of the “sun salutations” mini-sequences. These classes are typically taught for various levels of expertise, and most of them include time for exploration with balancing poses and inversions.

For yogis who are: athletic, playful and curious

Yin yoga balances out all of the work done in “yang” — or powerful — yoga classes. It’s a meditative practice that helps you learn how to sit still for longer periods of time and grow comfortable in this stillness. Most poses in yin classes are completed in seated or supine positions, and each of them is held for three to five minutes at a time. Instead of pushing and pulling in the poses to achieve the depth you want, you simply breathe and let gravity slowly move your body where it’s intended to go, stretching the connective tissue around major joints and releasing tension from the fascia nearby.

For yogis who are: stressed, tired and in need of a little peace