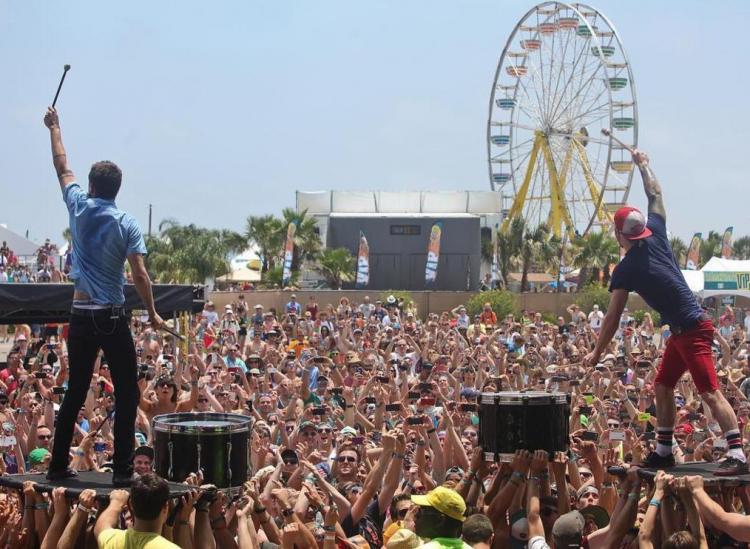 If you’re an avid festival-goer, names like Lollapalooza and Firefly are old news by now. Shake things up a little this year by attending one of these five totally underrated festivals that we can almost guarantee you’ve never heard of. We promise it’ll be worth it.

There’s nothing sweeter than a festival on the beach. What makes this festival particularly awesome is this year’s incredible lineup. Hint: Migos is hosting a kickoff party the day before, so you’re definitely starting that weekend on a high note. If this year is anything like last year (headliners included The Weeknd, Ellie Goulding, The Chainsmokers, Fetty Wap, Florence + The Machine, Alabama Shakes), this may be the most hype fest in the south.

Northwest folks, this one’s for you. The festival is literally perched on the edge of a cliff overlooking a gorge, in case you were wondering how Instagrammable this venue is. Plus, with 2016 headliner highlights like Disclosure, A$AP Rocky, Oh Wonder, Andra Day, Lion Babe, Vince Staples and Bayonne, you’re going to be in festival heaven.

A post shared by GrassRoots Festival (@fingerlakesgrassrootsfest) on May 6, 2017 at 7:27pm PDT

If wine country isn’t enough of a reason to visit the Finger Lakes, this festival will hit the spot. It started as a benefit concert and has grown exponentially since then. GrassRoots is a chill, low-key festival where you’ll listen to artists like Del McCoury Band, Drive-By Truckers, Jamestown Revival and Morgan Heritage.

Texans, it’s your chance to catch Lorde if you couldn’t afford to see her at Coachella. G-Eazy, Flume, Cashmere Cat and Cage The Elephant are among the many acts performing throughout the weekend. The food lineup is something to brag about, too, because when in Texas…you have to stuff your face with as much southern food and BBQ as possible. Now’s your chance.

Yep, the midwest has some killer festivals this year, too. Hinterland hasn’t exactly blown up yet (a ticket for the entire weekend is still under $100), but its lineup is undeniably cool. This year, kickass artists like The Head and the Heart, Ryan Adams, Alt-J and Foxygen are playing, and you can get the full fest experience by camping there, if that’s your thing.

However you do it, get your music fest time in this summer without having to spend a fortune or get stuck in a thousand-person mosh pit. Nothing against Bonnaroo, but there are alternatives. Rock on.