Where To Celebrate St. Paddy’s Day If You’re Staying Stateside 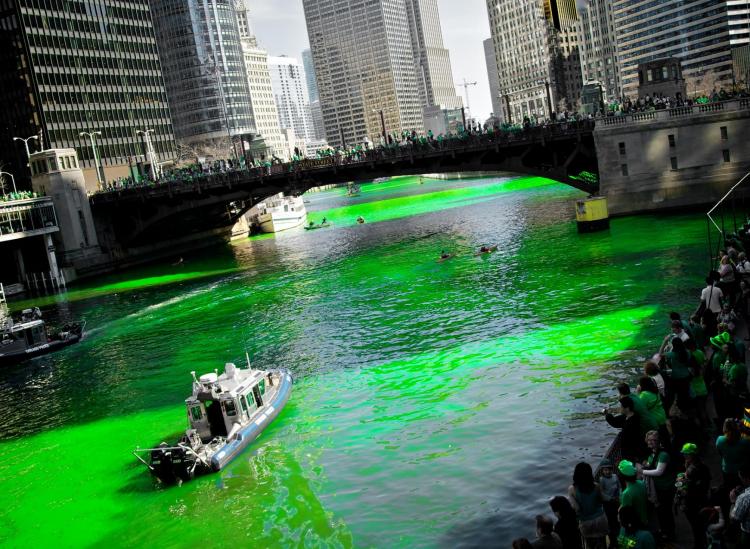 We all dream of checking out the dreamy Irish countryside and heading to Dublin for St. Patrick’s Day. But the United States actually rivals the holiday’s country of origin for celebrations. Here’s where you should go for St. Paddy’s Day if you’re staying stateside on March 17.

There’s a giant parade that winds its way along Fifth Avenue for St. Pat’s in NYC (passing the famous St. Patrick’s Cathedral near Rockefeller Center), but the holiday doesn’t end with green streamers and Irish flags. Expect to see a lot of folks a little drunk on green beer and maybe, if you’ve got some of that classic luck of the Irish, you can win yourself a free shot of whiskey at a pub.

Chicago goes so Irish on March 17 that it dyes the Chicago River green. Literally, the river glows green. That’s so beyond green beer that we’re not sure any other city can compete. So go grab a Guinness and listen to some bagpiping.

About 300,000 people show up for the parade in Savannah. And while the river stays its natural color, the town dyes the famous Forsyth Fountain bright green. A festival zone ticket will get you a pint of beer to start your party.

There’s a parade in Boston, but the real fun takes place in the bars, at concerts and during the annual 5K run commemorating St. Patrick’s Day. You can also get earnest with your revelry and follow the Irish History Trail, learning about immigrants’ stories and how the city evolved.

So, the fun doesn’t stop in Nola when Marti Gras ends. The city also throws a mean St. Paddy’s Day party, and it really goes all out. For St. Patrick’s Day, expect parades and all sorts of shenanigans, from green beer to the amazing flare that has made the locale famous.