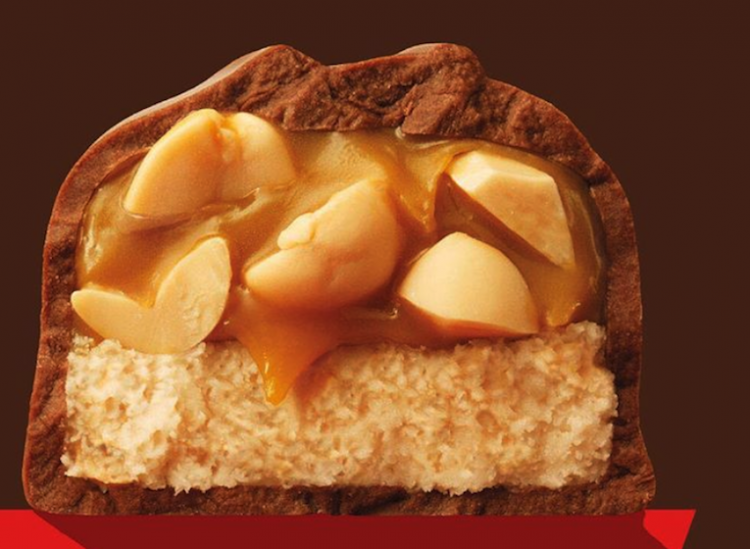 There’s a reason Snickers has been a household name since 1930, winning over the hearts of candy lovers everywhere with its roasted peanuts and caramel-topped nougat engulfed in milk chocolate. And in recent years, the creators at Mars have even figured out a way to convince us we need a Snickers bar with slogans like, “You’re not you when you’re hungry. Snickers Satisfies.” The commercials are amusing, of course, but the chocolate bar speaks for itself. Here are seven surprising facts you probably didn’t know about Snickers.

1. Snickers bars were named after a horse.

The name “Snickers” has humble beginnings. The chocolate-coated peanut, caramel and nougat bar was named after the Mars family’s favorite horse.

2. Each bar has a peanut limit.

You might not be counting how many peanuts are in the chocolate bar when you’re devouring it, but the number of nuts per bar is always the same. Each of the regular-sized bars contains 16 peanuts.

No, it’s not a savory salad, but still, how many candy bars have inspired something that even resembles anything salad-related? The Snickers salad is a mixture of Snickers bars, Granny Smith apples and whipped cream in a bowl. We’re not sure exactly who is making this “salad,” but it exists.

It might not seem realistic that a candy giant like Mars would care at all about consumer health, but in 2009, the weight of the average Snickers bar was reduced by 9 percent to help prevent people from overeating.

5. The original name was the Marathon bar.

Before Snickers was a household name, the candy bars were called Marathon bars. They were associated with athletes because of the high-calorie count. There was a period of time when the candy bar was referred to by both names, but the Marathon bar was officially renamed Snickers in 1990.

6. Snickers are the best-selling candy bars in the world.

With global sales of $3.6 billion, Snickers are the number-one bestselling candy bar in the world, next to Cadbury Dairy Milk, Milka, Dove and Reese’s. It’s pretty wild that with all of the candy bar competition out there, Snickers is able to stay perched at the top.

7. More than 15 million Snickers bars are made daily.

To keep up with the high demand of the best-selling candy bar, Mars produces more than 15 million Snickers each day. Damn, that’s a lot of Snickers.