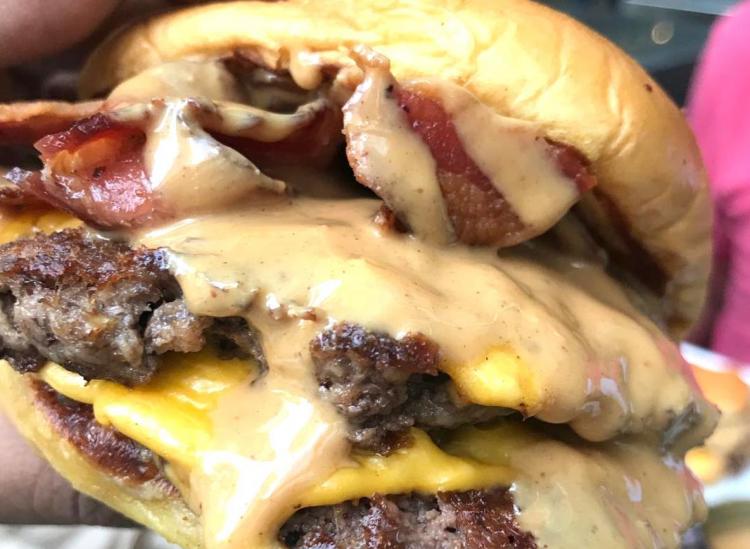 Shake Shack is one of the hottest burger chains in America. It all started with a single hot dog cart in Madison Square Park in New York City and the rest is history. Shake Shack burgers are a little more gourmet than your average burger with 100 percent antibiotic-free Angus beef and buttered Martin’s potato rolls. Its trademark sauce is killer and you should put it on everything. Here’s the Shake Shack secret menu when you want to go that extra mile.

Slightly risky? Yes. Worth it? Probably. If they won’t make it for you, order the beer of your choice and the frozen custard of your choice, separately, and make the float yourself. This is the adult version of a root beer float. In Las Vegas, the float is served with a dark beer, but you can experiment all you want.

Eater NY ranked Shake Shack’s Shack-Cago Dog as one of the five best hot dogs in New York City. It’s a spin on the classic Chicago Red Hot that’s an all-beef frankfurter on a poppy seed bun, topped with yellow mustard, chopped white onions, a bright green sweet pickle relish, a dill pickle spear, tomato slices or wedges, pickled sport peppers and a little celery salt. If you’re not a hot dog fan you can ask for a Shack-Cago Burger with all of the Shack-Cago Dog toppings.

The Shake Shack Quad Burger is exactly what you’d expect. It’s on par with In-N-Out’s 4×4 Burger with four patties, plus all the regular toppings. This is for anyone who wants to push his or her limits and learn just how much beef they can handle at once. Make sure you’re ready for a challenge and bring reinforcements.

These sport peppers might be tiny, but their bold spicy flavor makes the regular Shake Shack crinkle-cut cheese fries so much better (although cheese fries can hold their own pretty well). These peppery cheese fries can be addicting. You’ve been warned.

Shake Shack fans have come up with yet another way to get their In-N-Out-style faves. In-N-Out has trademarked the protein-style burger, but that hasn’t stopped Shake Shack fans from requesting their own. Swap out the bun and just ask for a fresh piece of lettuce to wrap up your burger. The lettuce adds a freshness element, but the whole self-assembly is on the messy side. If you’re on a gluten-free diet this is your move, but for everyone else, just get the bun. You can also completely avoid meat and bread and get the vegetarian ‘Shroom Burger with lettuce.

When you have those moments when you just need an ice cream sandwich and nothing else will do, there’s hope for you at Shake Shack. This isn’t your average ice cream sandwich. Ask for a side of grilled burger buns when you order one of their frozen custards. The legendary Martin’s potato rolls give a little bit of a comforting and savory contrast to the sweet frozen custard.