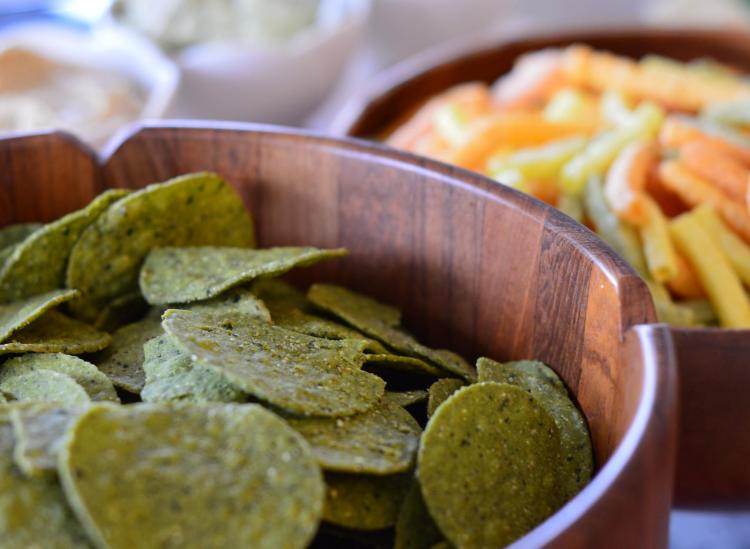 There are some foods that we all know aren’t great for us — like pizza, ice cream or cream cheese bagels — but we eat them anyway because sometimes we just want to indulge a little. But when we are trying to eat healthily, we want to know that the foods we choose are actually doing good things to our bodies and helping us reach our health goals, whatever those might be.

Unfortunately, many commercial foods that are marketed as “health foods” or “good for weight loss” are actually not that healthy at all and could be having the opposite effect on your body. Here are seven foods that aren’t as healthy as you might think, and healthier ones that you can replace them with. 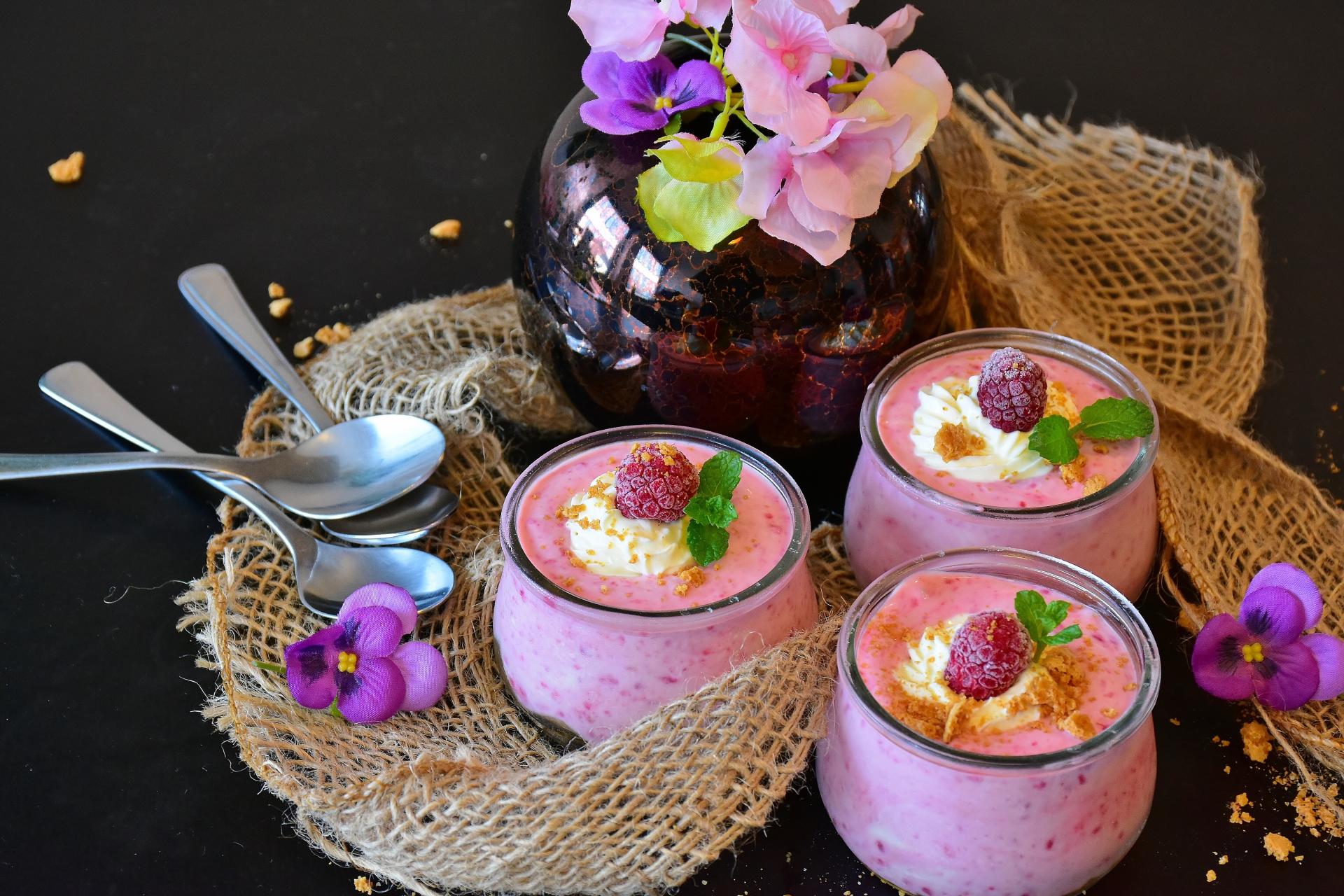 Why it’s not great for you: Most of us consider yogurt of all varieties to be a healthy snack or breakfast option. But while plain yogurt, particularly plain Greek yogurt, is a great source of healthy protein most flavored varieties pack on wayyy too much sugar. Some popular brands sell flavored yogurt that contains as much as 30 grams of sugar per serving!

A better alternative: Instead of reaching for strawberry-flavored Chobani for a quick snack or breakfast, opt for the plain, unsweetened version. If you think plain Greek yogurt tastes too tart on its own, you can always add sweetness to your bowl by throwing in some berries and honey. 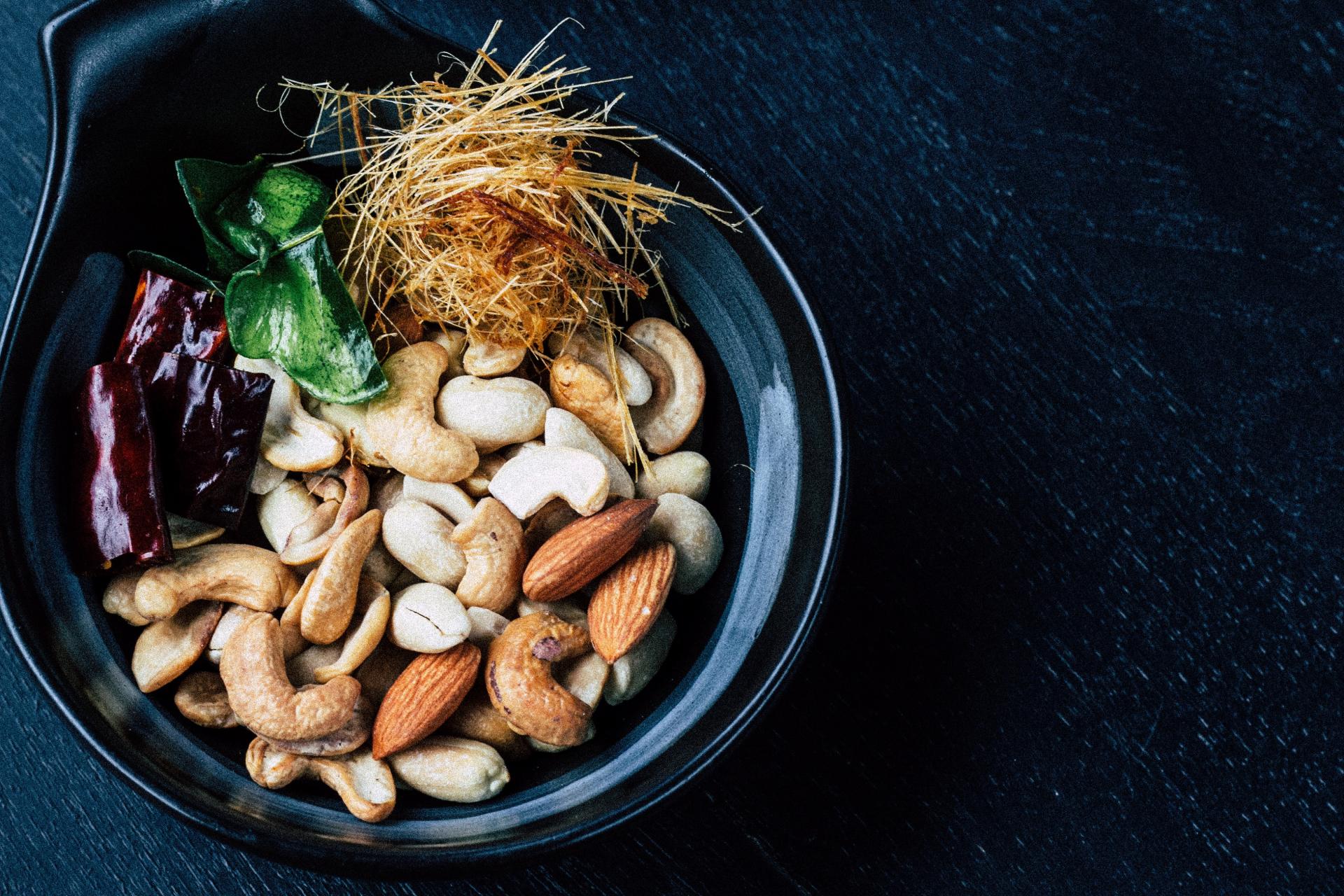 Why it’s not great for you: There’s no doubt that nuts — whether they be almonds, walnuts, peanuts or cashews — are a healthy and convenient snack. Nuts are a great source of protein for both meat-eaters and vegetarians, and they’re also a good source of healthy, unsaturated fats. They make for a great heart-healthy snack and have even been found to reduce LDL (“bad”) cholesterol. Unfortunately, salted varieties, although very tasty, may not be as good for you as their unsalted counterparts. This is because salted, prepackaged nuts contain a lot of sodium.

Some snack-pack varieties contain as much as 766 mg of sodium per serving — more than half of your daily allotted sodium intake, which is 1,500 mg per day according to the American Heart Association. Eating too much sodium over time can lead to high blood pressure and could increase your risk of having a heart attack or stroke down the line. Too much salt in your diet could also be causing you to bloat.

A better alternative: To avoid getting too much sodium in your diet, try grabbing a handful of unsalted nuts instead. Most grocery and convenience stores now offer both salted and unsalted varieties, so you won’t have trouble finding these babies. If you really can’t stand the taste of unsalted nuts, consider adding table salt at home to make them yummier — this will still make the snack significantly healthier than if you were to buy prepackaged salted nuts at the store. 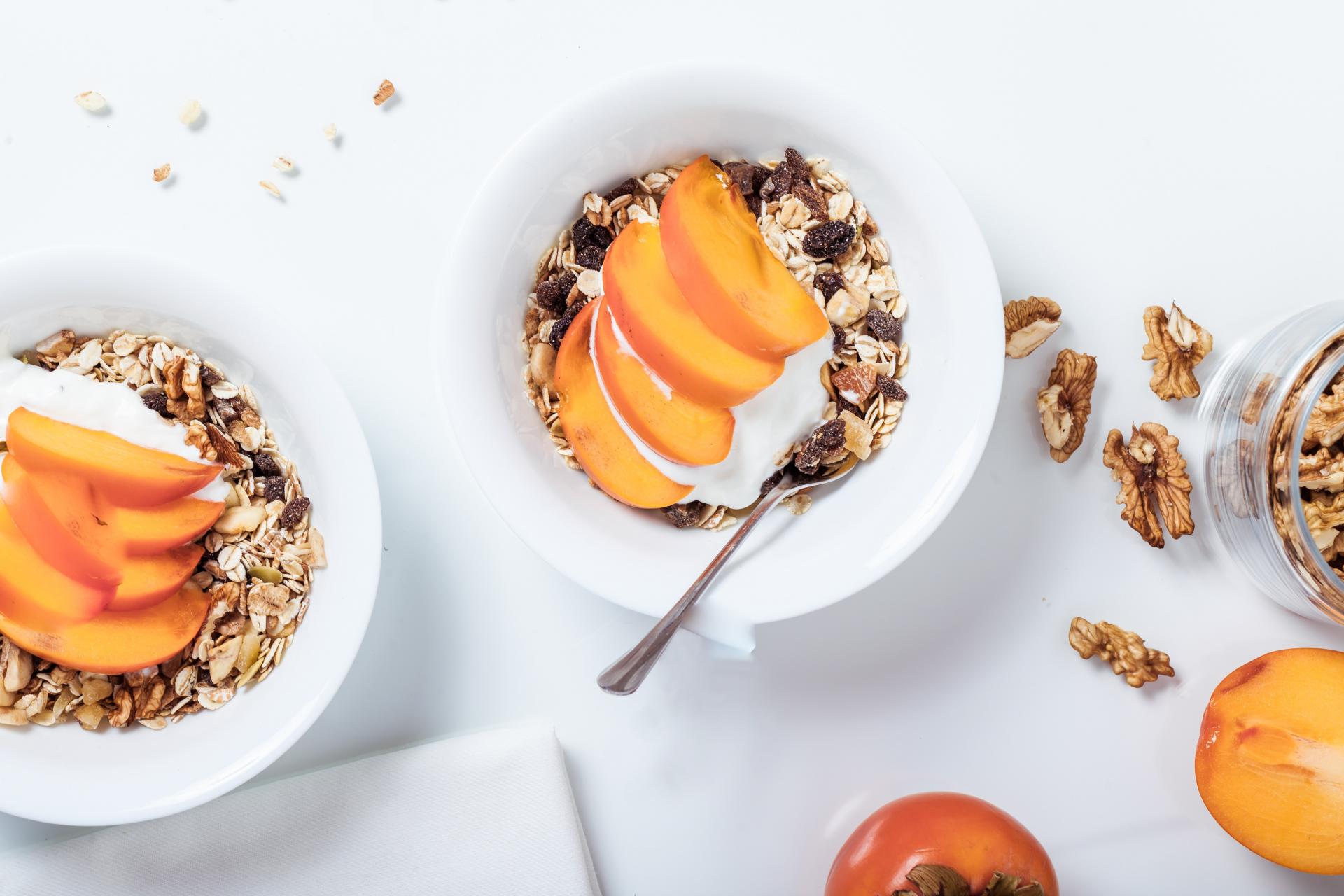 Why it’s not great for you: Countless Nature Valley commercials have conditioned us to believe that granola is the ultimate staple food for healthy, earthy people. But, depending on what brand you choose, the granola that you’re eating probably isn’t as good for you as you think. Although granola oats are high in fiber and iron, many store-bought varieties are also high in calories and loaded with sugar. Some granola varieties pack 18 grams of sugar per serving and many brands contain 400 calories for just a half-cup serving. More disturbingly, some manufacturers of popular store-bought granola sweeten the snack with high-fructose corn syrup — a substance that has been found to increase the risk of obesity and type 2 diabetes.

A better alternative: Are you shuddering at the thought of living in a world where you don’t sprinkle granola on your yogurt every morning? Then consider making your own homemade granola instead of getting the prepackaged kind. If you’re currently thinking to yourself ain’t nobody got time for that, at the bare minimum make sure that unhealthy sugar additives like evaporated cane juice, molasses, brown rice syrup and oat syrup solids aren’t listed on the ingredient label of the granola brand that you choose to buy. 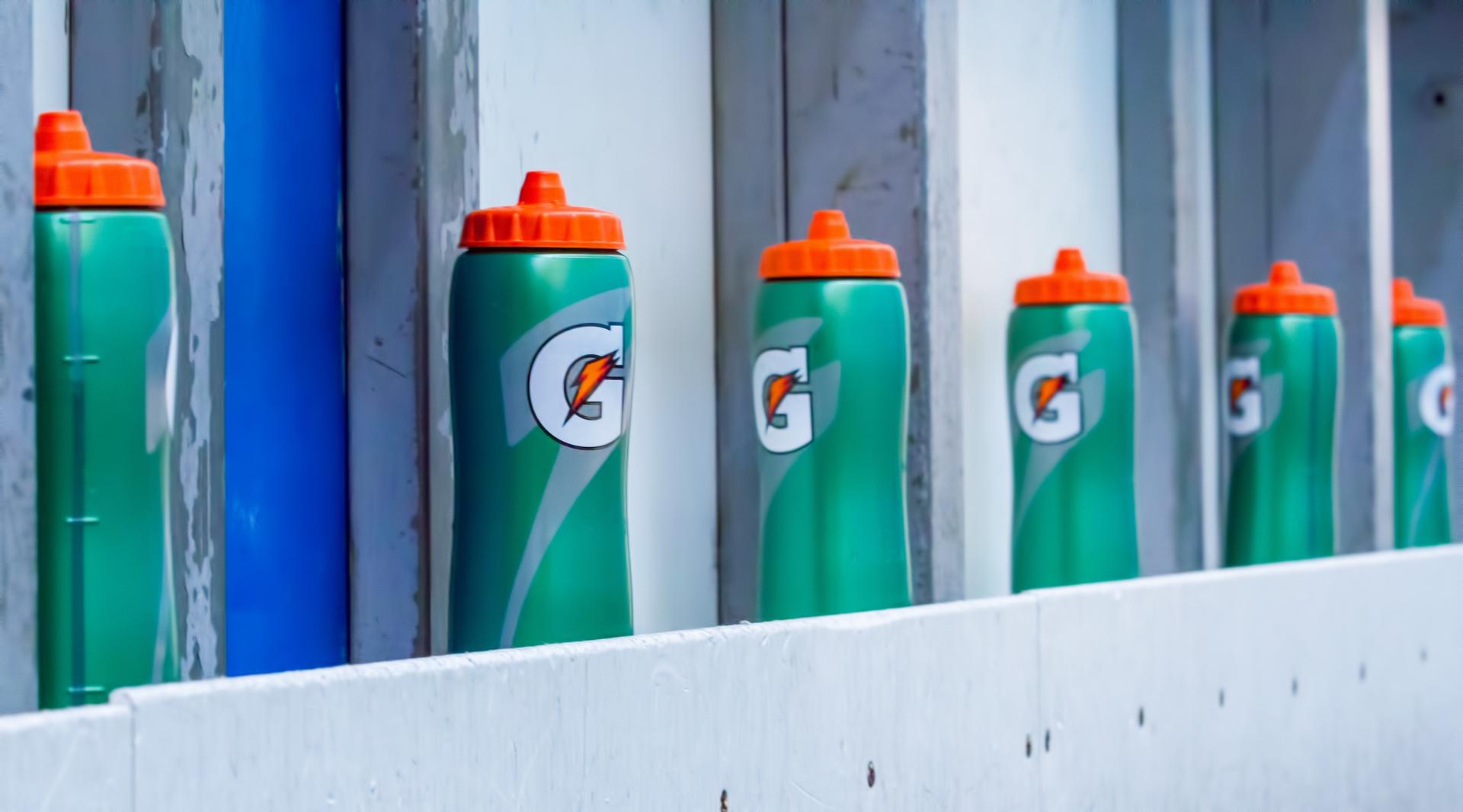 Why it’s not great for you: You might think that you’re being healthy by reaching for a sports drink (like Gatorade or Powerade) instead of quenching your thirst with a Coke — athletes drink them all the time so they must be healthy, right? But it turns out that most popular sports drinks are sneakily loaded with sugar and calories. As an example, one bottle of Lemon-Lime Gatorade has 140 calories and 34 grams of sugar! The American Heart Association recommends that women limit their daily sugar intake to 24 grams of added sugar, so if you drink just one bottle of Gatorade a day you’d consistently be going above this recommended limit.

A better alternative: If you’re not a professional athlete, chances are that you can hydrate just fine with plain water. Even if you’re consistently sweating it out at the gym, water will be enough to rehydrate you. Unless you’re working out for two or more hours at a time, you can do without the extra electrolytes and sugar provided by sports drinks. 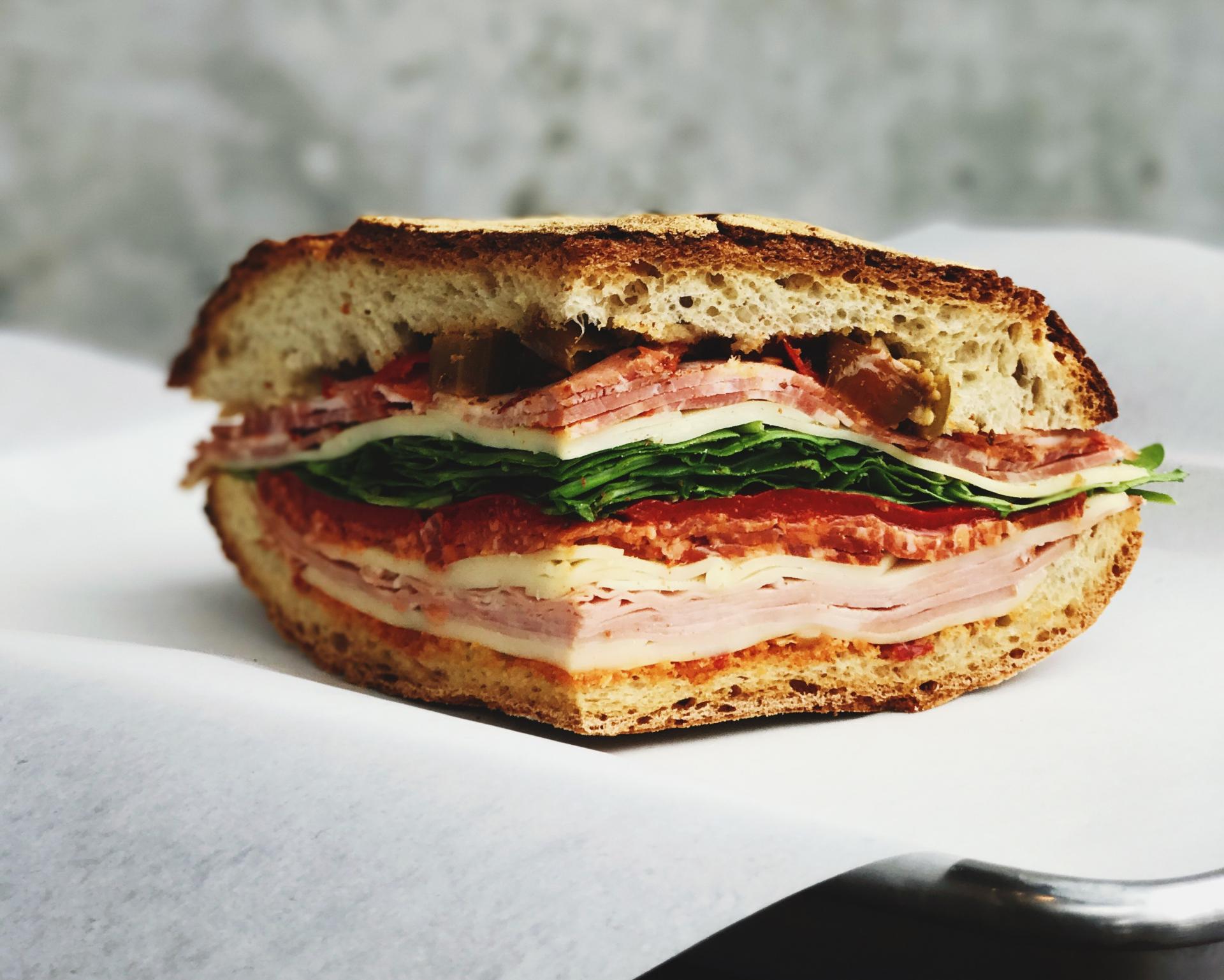 Aiming for the American Heart Association’s daily cap of 1,500 mg of sodium per day, you should watch out for some cold cuts. For instance, turkey can have more than 500mg of sodium per slice. In 2015, the World Health Organization (WHO) classified processed meats (i.e. cold cuts, bacon, hot dogs and sausages) as “carcinogens to humans.” Consuming processed meat has been found to slightly increase a person’s risk for developing cancer  —and the more you eat it, the more this risk increases.

A better alternative: If you’re looking to add protein to your sammie, try tossing in some leftover cooked chicken for a healthier alternative to packaged cold cuts of ham or turkey. Fresh chicken, turkey, beef, pork and fish are all considered unprocessed meats. So layer your sandwich with one of these bad boys instead of buying their processed counterparts from the deli.

Why it’s not great for you: It’s made from fruit so it must be healthy, right? But there’s a reason that people often refer to dried fruit as “nature’s candy.” Although dried fruit is loaded in vitamins and antioxidants (like fruit itself) it also contains a lot more sugar and calories than the original. Regular fruit already contains a significant amount of natural sugar. But because the water is removed from fruit to produce dried fruit, the calories and sugar are present at a much higher volume in the latter. Raisins are about 59 percent sugar and dates can contain up to 66 percent.

A better alternative: When choosing a sweet snack or topping, try sticking with natural fruits instead of opting for their dried counterparts. As a result, you’ll get an equally tasty snack that’s lower in calories and sugar, but still high in vitamins and antioxidants.

Pro tip: if you’re making your own trail mix (which we would recommend instead of buying the prepackaged kind at the store) try swapping out raisins for blueberries or grapes to cut back on some of the sugar. 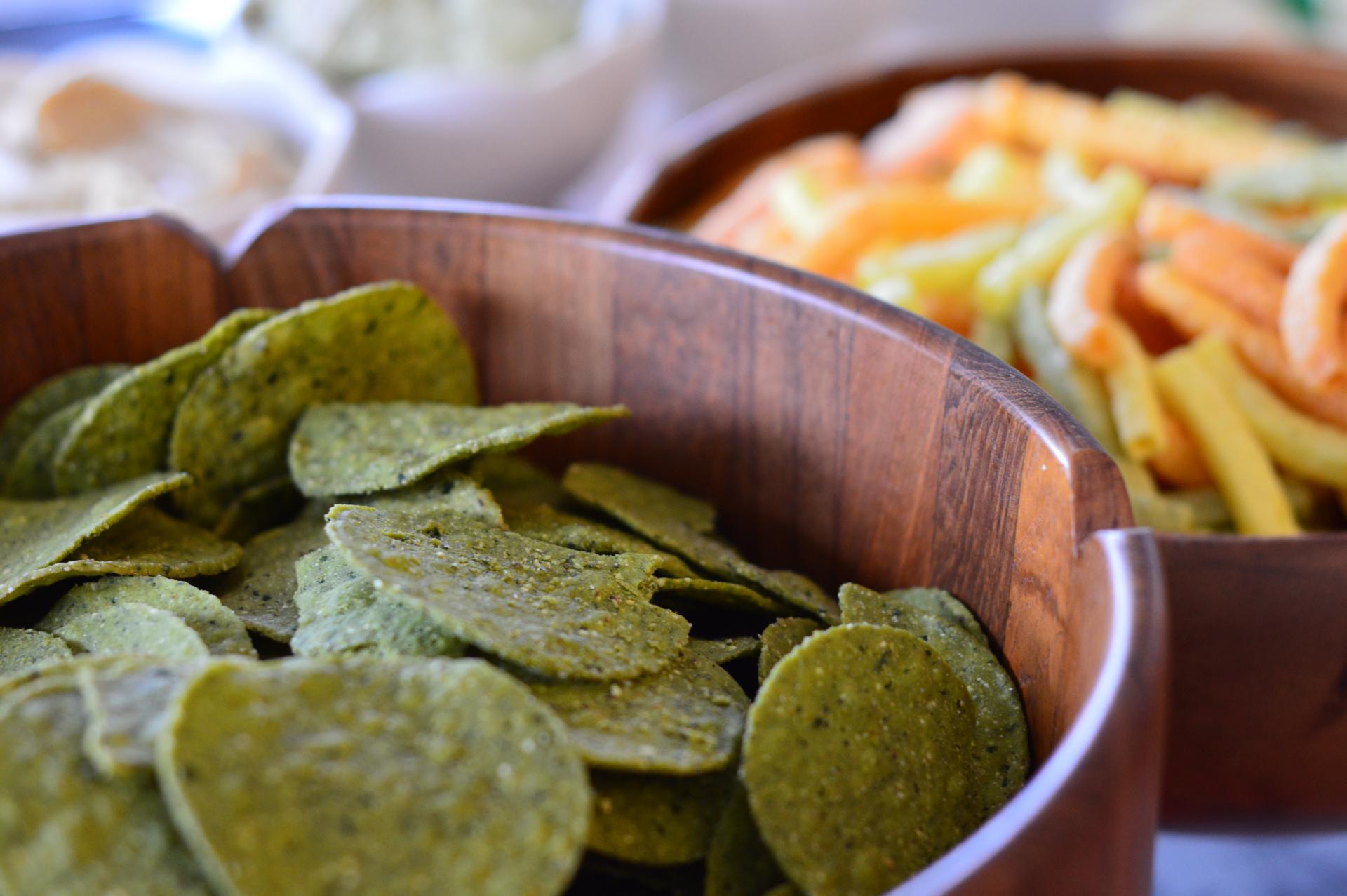 Why it’s not great for you: The veggie chips trend has taken off in recent years, popular brands have us believing that we can now splurge on chips without feeling guilty about it. But the problem is that although veggie chips might be slightly better for us than their potato counterparts, their nutrition content shows that they’re still a lot closer to being chips than vegetables.

Unfortunately, most store-bought varieties aren’t just made from zucchini, spinach or beets. The ingredients list of popular brands often includes a mixture of starchy vegetables (including potatoes), salt, oil and potato starch. A typical serving of veggie chips actually contains more salt than a serving of classic potato chips — a one-ounce serving of veggie chips contains 230 mg of sodium on average, whereas the same serving size of potato chips typically contains 170 mg.

A better alternative: If you’re looking for a healthy, crunchy snack — stick with the real deal. Try munching on raw veggies like celery sticks, tomatoes and baby carrots. Eating veggies doesn’t have to be boring; dipping them in hummus, peanut butter or even yogurt can take this snack to a whole new level of delish.

These Are The Best Foods To Eat For Better Gut Health