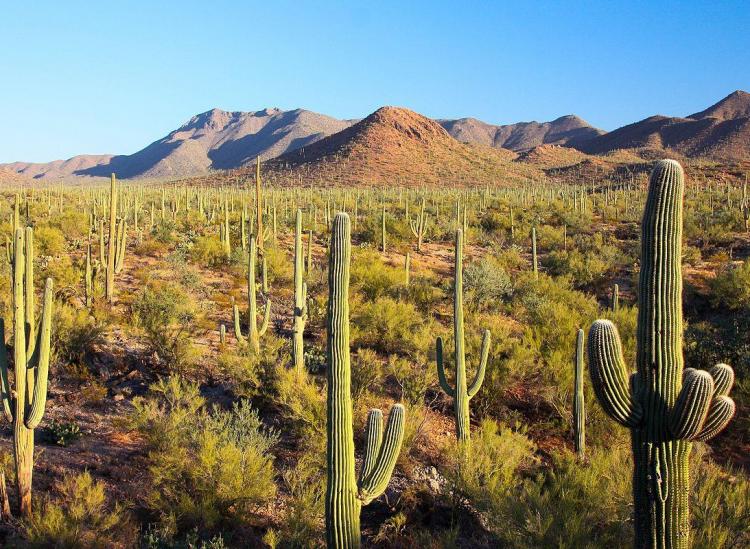 Saguaro National Park’s cacti can grow to be 40 feet tall and can live to be 200 years old. But some park visitors aren’t treating these amazing plants with respect. In fact, they’re stealing them.

Real talk: It sounds crazy hard to steal a cactus, especially one that’s twice as tall as a giraffe. But people are doing it. Whether tourists want to take home a piece of the majestic plants or biological smugglers want to sell whole cacti on the black market, the National Park Service has a solution — microchipping the cacti.

While there’s an issue with the average traveler sneaking out of the park with a piece of cactus, it’s mostly a problem with a more sinister crowd. Saguaros can be sold for around $100 per foot, but it’s obviously illegal to take cacti from the national park and sell them for profit. Ideally, the deterrent would stop thieves hoping to make a buck from a stolen cactus.

Sadly, the microchips can’t track the cacti. It’s not like a GPS microchip for pets, where you can follow a little red dot moving away from the park. But if a cactus shows up for sale, authorities can scan for a microchip.

A post shared by Saguaro National Park (@saguaronationalpark) on Apr 8, 2017 at 6:50am PDT

Succulents and cacti are super trendy right now, but they’re not your next memento to display in your apartment while telling the story of your last trip. Don’t steal cactuses, don’t take coral from coral reefs and don’t pocket rocks from protected places.

Saguaro isn’t the only national park getting creative to prevent sticky-fingered visitors from walking away with unethical souvenirs. The Petrified Forest National Park in Arizona uses historical photo-mapping to catch tourists stealing the priceless fossilized wood. It’s a $325 fine if you’re caught — and a lifetime of guilt for stealing something invaluable from other traveler’s experience.

NPS officials don’t know exactly how many pieces of petrified wood have ended up in tourists’ home rock collections or how many cacti have been stolen from Saguaro. But the hope is that more people leave national parks with only a phone full of Instagram fodder as souvenirs.