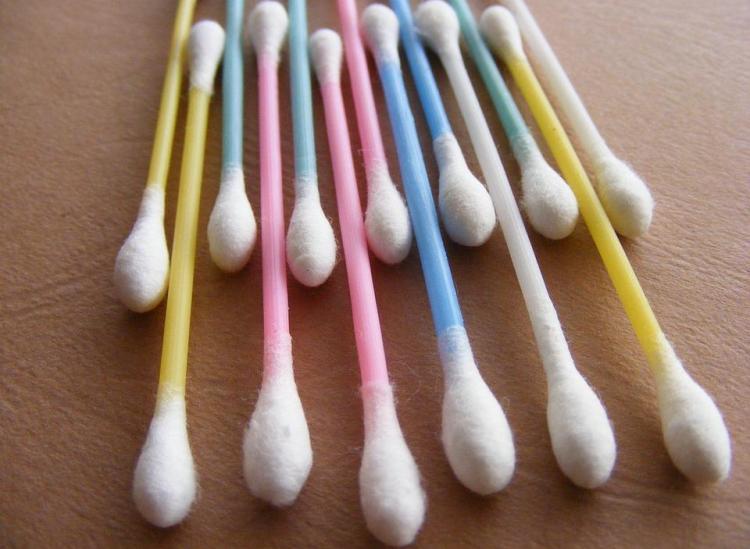 For how many years of your life have you used Q-tips (or the store brand alternative) to clean your ears? Pretty much as long as you’ve been alive, right? Us, too. We know they have dozens of other uses — like cleaning up a makeup look or completing arts and crafts projects — but they really exist mainly to help us get a handle on that pesky earwax and the occasional water droplets that make their way into the sides of our heads.

Well, these cotton swabs are apparently the last thing (okay, maybe not the absolute last, but still) we should be shoving toward our ear canals. The cotton ends may be soft, but the paper or plastic sticks in between them are rigid and allow us to apply far too much pressure aimed at both the ear canal and eardrum. Plus, because of their shape, they end up pushing way more earwax down into your ear than they remove. This is why more than 12 million Americans visit their doctors each year with cases of impacted or excessive earwax — and 8 million of them end up having the earwax medically removed by a professional. Yeah, no bueno.

Not to mention, we actually need a healthy amount of earwax left in our ears at all times to keep them protected. Earwax keeps the ear canal clean of dirt, dust, bacteria and other foreign debris, and it actually works its way out toward the outer ear on its own time (which is then when you’re entirely allowed to wipe it away). Alas, we are an impatient species and used to having what we consider to be squeaky clean ears, so we keep digging in there.

Even if you’ve been lucky enough to navigate around some pretty serious health risks when it comes to Q-tips and your fragile little ears, it’s time to smart up and either stop cleaning the insides of your ears or invest in safe cleaning tools and remedies so you don’t end up with a stupidly expensive (and unnecessary) doctor bill on your next credit card statement. Here are three options we recommend.

Put a couple of drops of hydrogen peroxide in each ear approximately 10 minutes before taking a shower. The solution will help to liquify excessive earwax sitting close enough to the outer ear to be safe to remove. Once in the shower, you can gently rinse out your ears and go about your day as usual.

If dry skin is a struggle for you, that could be the reason you feel like your ears are clogged — not excessive earwax. If that’s the case, put a drop or two of mineral oil in each ear daily to keep them properly moisturized and to avoid that unwanted buildup.

If you really need the satisfaction of manually cleaning your ears thanks to that lifelong Q-tip habit of yours, splurge on a much safer removal product like Clear Ear’s automated earwax removal wand with spiralized tips ($49.99). The replaceable heads are incredibly soft and have a hollowed-out swivel pattern on the inside to carefully catch and remove earwax without pushing anything deeper into the ear canal. You should still use this product very carefully because your ears are a super sensitive part of your body, but you’ll be much better off than sticking with the cotton swabs you’ve been using.