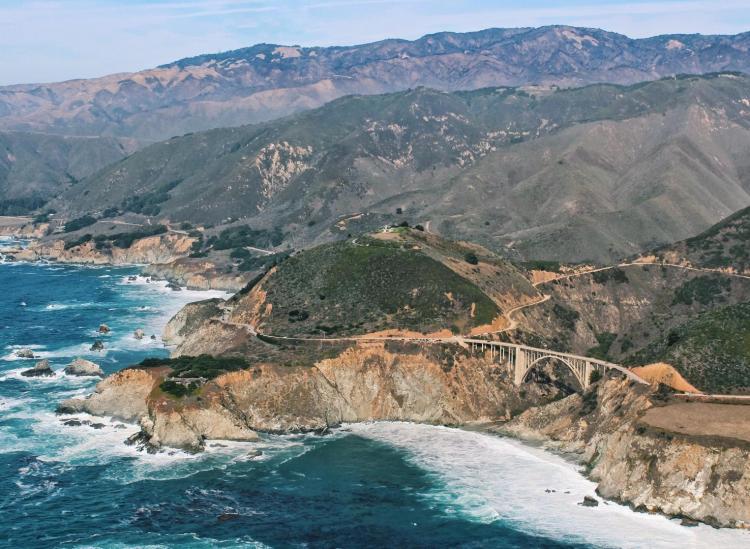 From the stunning scenery to the thrill ride-like highways, these road trips will undoubtedly take your breath away. While we’d never recommend putting yourself in unnecessary danger, the risk isn’t the reason to go on these incredible drives. It’s all about the awe-inspiring views, and we promise that your death grip on the steering wheel will be worth it.

Norway’s island drive is one of the most beautiful road trips you’ll find in Europe, but the system of bridges linking five miles of islands also gets battered by storms. Sunny days are the way to go; you’ll skip the waves hitting the pavement.

At the top of this wildly bending drive, there are 999 steps to Heaven’s Gate. Local legend considers it the link between our mortal world and the gods — so the earth-defying process to reach the spot seems fitting.

Sixty turns in 15 miles. That’s what you can expect on Stelvio Pass’ 9,000-foot climb, with some hills reaching gradients of 14 percent. It passes through Italy’s Stelvio National Park in the Alps, so the views are full of alpine wonders.

Colorado State Highway 82 through Independence Pass is 12,000 feet above sea level. The road includes hairpin curves and the Royal Gorge Bridge, which is one of the highest suspension bridges in the world.

This canyon appeared in the Lord of the Rings movies, and while the rugged territory isn’t as dangerous as the fictional Tolkien quest, the winding cliffs are still pretty scary.

California Route 1 is famed for coastal views — it’s one of the most beautiful road trips in the country. However, the cliffside highway is only two lanes wide, so you’re literally right on the edge.

It’s a 9 percent gradient through Trollstigen (the troll’s path) as you pass through 11 switchback curves. The one-lane highway carves through Nordic mountains and passes monumental waterfalls.

A post shared by Plumeria Cottage (@plumeriacottagehawaii) on Sep 7, 2018 at 7:13pm PDT

Hawaii’s Route 200 is right between the Mauna Loa and Mauna Kea volcanoes, meaning the scenery is otherworldly. But narrow roads, clouds of fog and rough pavement make it a challenge to reach the picnic area offering volcano views.

Not just a threatening nickname, Death Road’s lack of guardrails along 2,000-foot cliff leads to 200 to 300 deaths each year. If you want to tackle this trek, try going by two wheels on a bicycle instead of by car. The slower speed and smaller vehicle make the drive less treacherous.

Be safe out there! And please please please don’t Instagram and drive. If you’re in the driver’s seat, put the phone away until you can pull over at a designated scenic overlook.