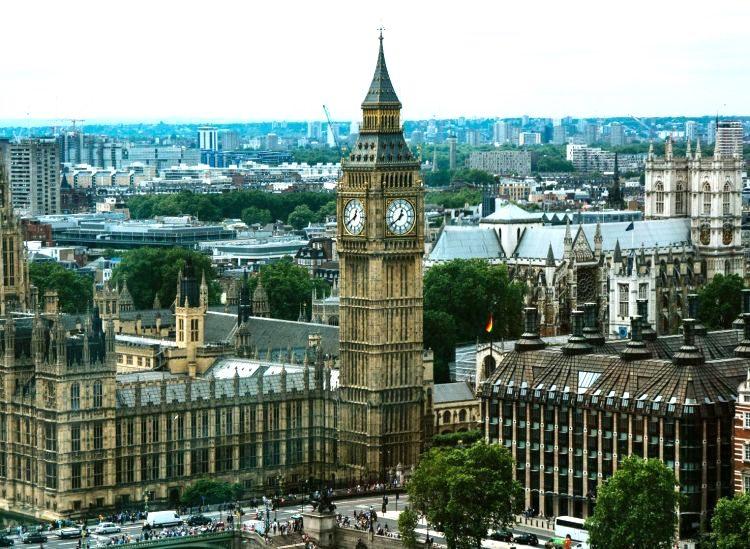 If you’re flying through London Heathrow, you may be wondering if your wait in the U.K. airport leaves you enough time to wander out into the land of British royalty, double decker buses and posh streets. If your layover has you chilling for 7 to 10 hours, you’re in luck. Here’s how to have a London layover adventure.

You don’t want to explore the English capitol city with your suitcase in tow, so ditch your digs in the airport. After going through customs, you’ll find signs directing you toward “Left Luggage” stations.

It’ll cost you £11 (a little over $14) to leave your luggage for more than 2 hours. Although your bags will be securely stored, don’t leave any irreplaceable valuables behind.

London is easy on the eyes 💁🏾 #blackandabroad

You’ve got two options for the journey from the airport into Central London. You can take the expensive, but speedy Heathrow Airport Express (around $32 roundtrip), or opt for the vastly cheaper, but longer trip via the London Tube. The Express will get you to Paddington Station in just 15 minutes, while the Tube takes about 50 minutes to arrive at Piccadilly Circus.

If you’re short on time, take the Express. It’s comfy, has free WiFi and runs every 15 minutes in and out of the city center. But for more budget-conscious travelers, the London Tube is one of the most reliable, big city public transportation systems around.

Thanks to @puter.i for sharing this beautiful image from her ride 📸👍 – the Cycle Superhighway along the River Thames is stunning and offers so many opportunities for photos like this. Give it a go today! . . . #santandercycles #santander #transportforlondon #tfl #cycling #cycle #londoncycling #cyclinglondon #london #lovelondon #visitlondon #ilovelondon #bicycle #instabike #cyclingphotos #cyclingpics #londoneye #theeye #riverthames #bluesky

You can easily walk from Paddington Station to Hyde Park or if you’re feeling ambitious, all the way to tourist lane Oxford Street. But if you want to venture further, you’re better off taking the Tube, taxis or using Uber. London is a massive city and it can be a struggle to cover on foot.

But don’t worry, you aren’t relegated to a hop-on, hop-off tour bus if none of those are an option. Instead, try renting a bike along the waterfront. It’s just a couple dollars if you return the bikes to a docking station every 30 minutes.

Without much heavy duty navigating, you can cycle past Big Ben, the London Eye, Westminister Abbey, the Tower of London, London Bridge and Buckingham Palace. A word of warning to Americans looking to explore on two wheels, vehicles drive on the left side on U.K. streets – including bicycles.

4. Navigate around your transit hub.

If you take the express train to Paddington Station, you’ll be nearby the charming neighborhood of Notting Hill. The shopping is as exquisite as the romantic comedy references we expect you’ll make while wandering the colorful streets.

Piccadilly Circus is in Soho, a cobblestoned neighborhood that’s a little rough around the edges and filled with expensive boutiques. And as Londoners will tell you, the cooler the neighborhood, the harder it is to get there by the Tube. So if your data plan (along with Google Maps) is turned off while abroad, Soho is a good place to find a hip cafe and still make your flight.