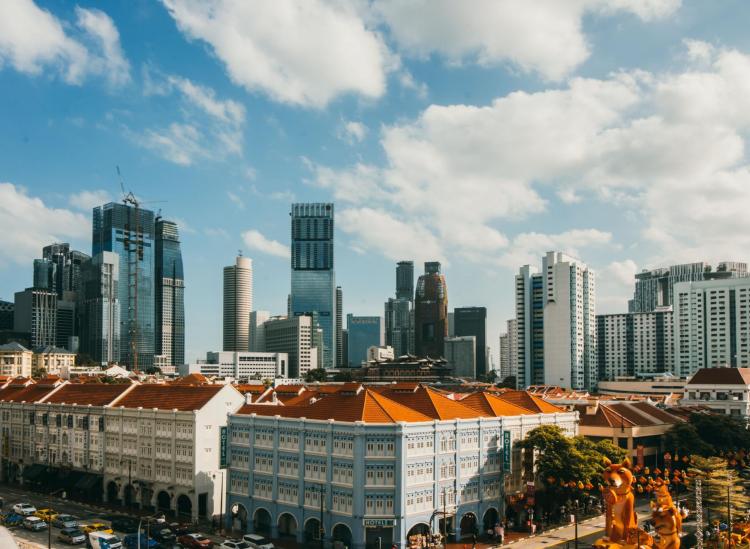 For the fifth year in a row, Singapore is the most expensive city in the entire world that you could call home.

The data comes from the Economist Intelligence Unit’s Worldwide Cost of Living Index, which surveyed 133 cities for prices of housing, food and everyday services.

Singapore is the absolute most expensive place to buy a car (and keep it running), and the general cost of living in the city is significantly higher than the cities we think of as insanely pricey (like Paris, London and San Francisco).

This news may seem like it dooms travelers’ urges to experience the island nation’s excellent food scene and cool modern architecture. However, as expensive as it is to live in Singapore, it’s actually quite affordable to visit. We estimated at how much you’d spend per day to prove you can sample Singapore’s natural high-roller lifestyle on a totally reasonable trip budget.

Singapore’s food scene is the number one reason to visit. You can find more than 35 Michelin Star-awarded restaurants in the city, including Tian Tian Hainanese Chicken Rice. It’s one of the cheapest Michelin meals around at just $4. But there are many local favorites with similar price tags at the food halls and hawker stalls yet to be discovered by outsiders.

Hostels in Singapore range from $15 to $40 per night, all with easy access to public transportation or within walking distance of the main tourist sites.

The average price of a Singapore Airbnb is $85 for a room and $111 for an entire home. But you and three friends could split a stunning loft in the heart of the city for $196 per night — that’s $50 a person.

For a four- or five-star hotel, expect to pay between $90 and $300 — higher if you want to stay in the iconic Marina Bay Sands and get in that Insta-famous infinity pool.

The one place where you really do need to watch your budget is booze. Taxes on alcohol are high in Singapore, so if you’re watching your wallet, take it easy on the drinks. According to Quartz, the average cost of a bottle of wine is $23.68 — that’s more than double the price in Paris, a city famous for slightly snobby taste in vino. Consider it a vacation detox or save some extra room in your trip expenses for cocktails.

The Singapore Botanic Gardens are a UNESCO World Heritage Site and completely free. There are also public beaches within reach by public transit. Palawan Beach actually is known as the “Southernmost Point of Continental Asia.”

For a lovely (free) night outing, head to the Gardens by the Bay to marvel at the giant illuminated sculpture trees or take a stroll along the Marina Bay Sands Boardwalk.

Depending on the time of year, flights to Singapore range from $500 to $800, but we’ve frequently spotted flights for $400 in October through January. So in total, we think a $950 per person for a bare-bones budget (staying in hostels, eating street food and filling days with freebies) is completely doable for a week. For seven days of occasional indulgences, we’d estimate closer to $1,500, which is still pretty good for the most expensive city in the world.