Airplane Bathrooms Are Disgusting, But Airport Terminals Are Even Worse 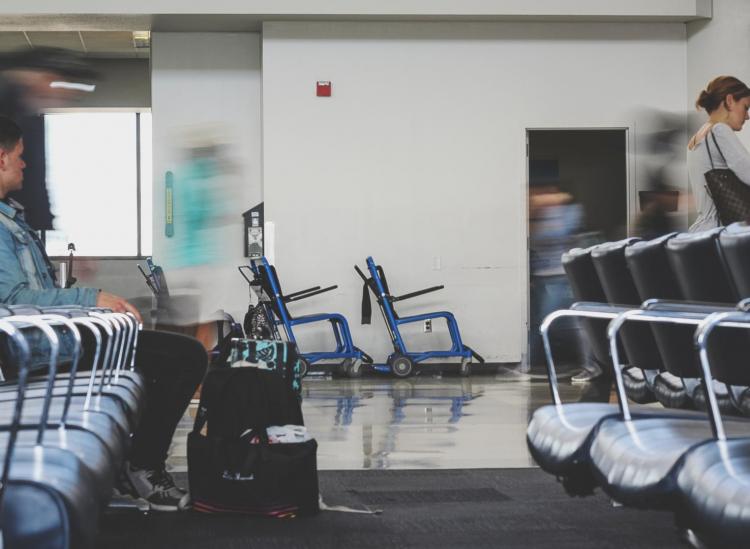 We all know that airplane bathrooms are gross. Disgusting. Horrifying. But a new report reveals airport terminals are even germier than the average nasty plane bathroom.

The report, conducted by Insurancequotes.com, did swab tests in three major airports and on planes of three airlines. The process measured how much bacteria and fungal cells were on different surfaces, counted in colony-forming units or CFUs. (It wasn’t disclosed which airports or air carriers’ planes were tested, so sadly we can’t simply dodge specific cesspools of germs.)

Predictably, the plane toilets were truly icky with 95,145 CFUs. To put that into perspective, the average kitchen counter has 361. So, the plane loos had 260 times as many germs.

But it gets worse… Airport screen kiosks — which are used for self-check-in, finding boarding gates and checking luggage — had 253,857 CFUs. That’s literally 700 times more germs than your kitchen counter.

Drinking fountains in airports had 19,181 CFUs and armrests on benches around terminals had 21,630 CFUs. Talk about an S.O.S. for a germaphobe.

It’s no wonder why we all end up with colds after flying. If the germs on a plane don’t get you, the ones in the airport probably will. Wash your hands and pack some extra Vitamin C, y’all.