6 Honeymoons For Craft Beer Lovers On Every Budget 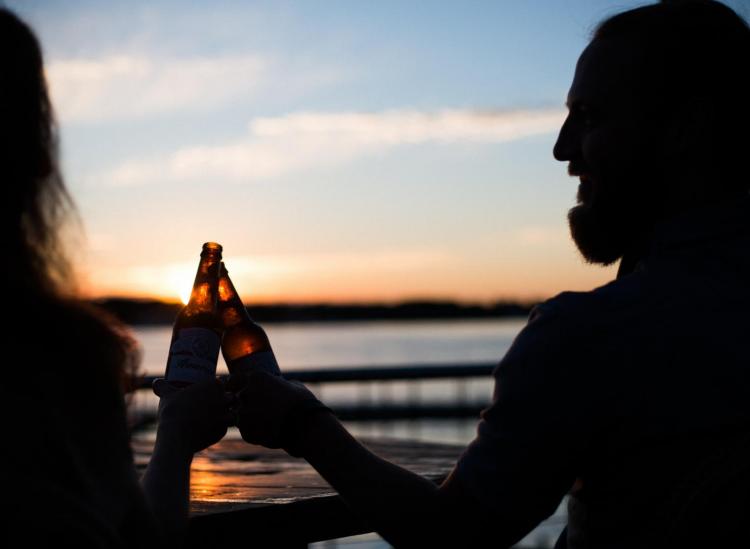 Raise a glass to your new marriage! If you’re looking to toast to your love with some of the best beers in the world, we know where you should go. Here are six honeymoon plans for beer lovers based on your budget for your trip.

If you want to keep your honeymoon weird and drink some great brews, go to Portland. The city boasts breweries galore, such as Occidental Brewing Company, Fat Head’s Brewery and Ecliptic Brewing. For your accommodations, try this charming Airbnb near downtown for $75 a night.

The nice thing about Denver is that you can be as city or as country as you want. If you’re a hiking couple, pick up some beers to go and bring them out to an Airbnb near Rocky Mountain National Park ($100 a night for a hot tub and gorgeous views). If you’re city people, stay in the arts district ( for $100 at this chic loft) and check out Bierstadt Lagerhaus or Ratio Beerworks.

Canada’s top beer scene is Montreal. The romance here is strong, along with the beers. Don’t miss Le Vestiaire for local drafts and MaBrasserie for hipster co-op vibes. Le Petit Hotel and Cafe is just blocks away from some of the city’s main sites (and costs $125 a night), or you can cozy up in a spacious loft ($113 per night) if you like things a little homier.

In Munich, beer halls abound. We suggest a short visit to the famed Hofbrau House before checking out the Augustiners and generally sampling anything that calls to you. Three-star hotels are around $150 per night, but Airbnbs are easy to find in that same range for a lot more amenities (like a private garden near the giant public English Garden).

The streets of Prague are so romantic that you’ll hardly need the beer to convince you to go. However, beer lovers will feel right at home here. There’s even a beer museum! The Grand Hotel Bohemia matches the royal feel of the city’s old town and castle (for $175 a night) and you’re within walking distance of the museum and drinking spots like Naše maso.

A post shared by Bruges Beer Experience (@brugesbeerexperience) on Aug 4, 2017 at 7:04am PDT

We don’t need to tell you beer peeps that Belgium is the ultimate beer destination. So if you’re going to do it, you better do it right and stay in a literal palace. Hotel Dukes’ Palace is the only five-star hotel in Bruges ($211 per night), but it’s royally romantic. You can use it as a home base to explore ‘t Poatersgat and drink Trappist beer to your heart’s content.