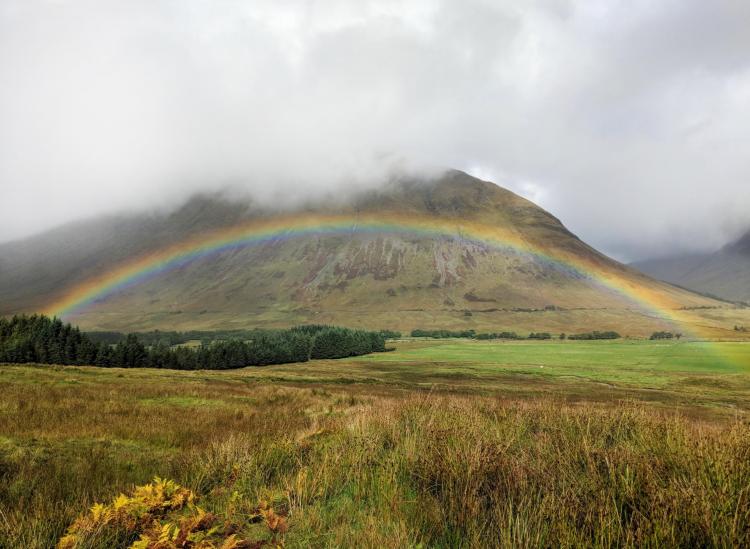 The weather changes quickly in the Scottish Highlands. You can have a glimpse of the sparkling blue sky a moment after a downpour. The rough-and-tumble winds blow the clouds quickly across the rolling landscape of towering hills and lush moors. Hiking here means carrying a trusted raincoat and packing an extra pair of socks — you’ll need both in order to last long enough in the elements to see the waterfalls, mountains, valleys and frequent rainbows of the Highlands.

Even in 2018, Scotland maintains an element of wildness. The biggest cities, Edinburgh and Glasgow, are home to more than one million people between them, and they’re only a short hour-long train ride apart. The remainder of the country has about 4.5 million residents (for reference, there are 8 million people in London alone). So it feels wide open as soon as you step into the countryside. 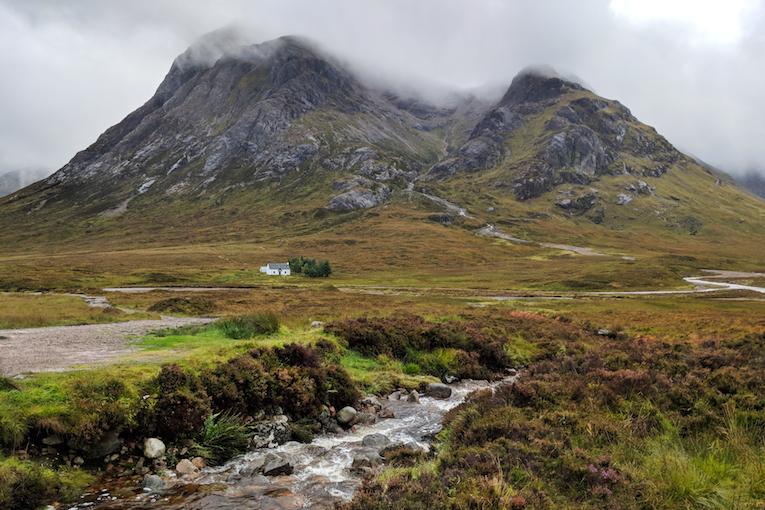 Now part of the United Kingdom along with England, Northern Ireland and Wales, Scotland has a long and proud history of its own. Scotland has long been categorized as the Highlands and the Lowlands, with the dividing line being a little blurry just north of Edinburgh and hailing from the Highlanders who called it home. The traditional “Highlander” way of life ended in the mid-1800s with the Jacobite Rebellion, a term you might be familiar with from the movie “Braveheart” or if you’re a fan of the book or TV series “Outlander.”

But there’s still plenty left to discover in the Highlands even two centuries later in these tamed times, and hiking through the mountains and valleys is one of the best ways to see the best of the region. It’s time to hit the trails. 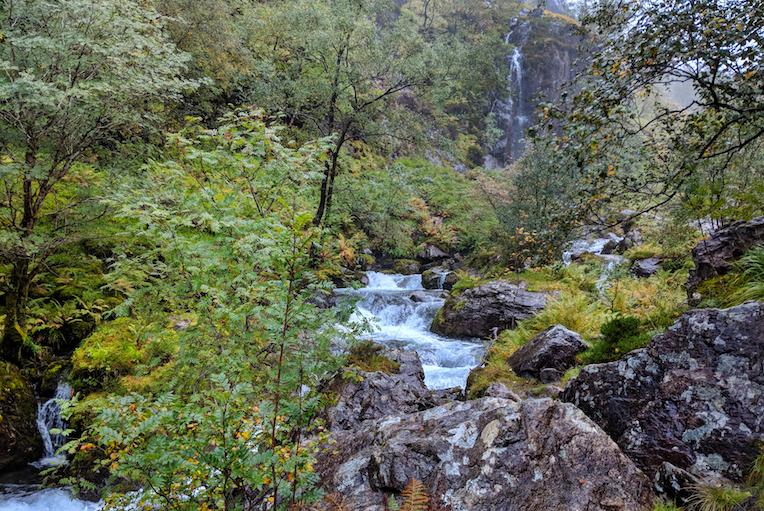 Regardless of whether you want a cross-country trek like the Scottish epics you see on the big and small screens or a nice day trip that finishes at a cozy pub, you can find a trail suited to your hiking needs in the Highlands. You can climb some of Scotland’s many munros, a mountain taller than 3,000 feet, or amble along the banks of a loch, the Scottish word for lake.

Loch Lomond and the Trossachs

The easiest national park to reach from Glasgow, the area around the song-worthy Loch Lomond has plenty of hiking trails of different lengths.

Farther into the actual Highlands, you’ll find Glen Coe. The landscape was used as a backdrop for the James Bond movie “Skyfall” and has tall mountains, waterfalls and deep valleys.

This is Scotland’s highest mountain, but you don’t have to be a real-deal mountain climber to make it to the top. Just make sure to prep well — it’s still a long way up.

Ben Alligin is the casual mountaineer’s best bet for tackling one of the Torridon Ridge peaks, a group of three very steep but very beautiful hiking destinations.

The tallest waterfall in all of Britain is right here in Scotland and can be reached via this 6-mile trail.

One of Scotland’s epic walks, this trail goes from Fort William to Inverness (recognize those names, “Outlander” fans?) over 79 miles of pathway.

This crown jewel of Scottish hiking trails is 96 miles of mountains, moors, waterfalls, glens and lochs from Milngavie (near Glasgow) to Fort William.

How To Get There 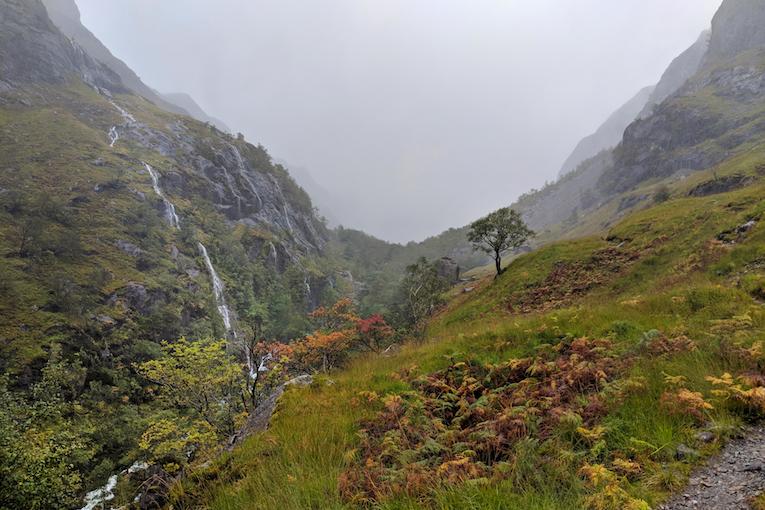 The two best launching points to get into the Highlands are Edinburgh and Glasgow. There are easy train routes from London, as well as other large international airports with frequent good flight deals from the states. Once you’re in the country of Scotland, your best bet is to rent a car so that you can pull off the road at any beautiful vantage point.

If you’re an American who doesn’t feel fully comfortable driving on the opposite side of the road, there are plenty of options via public transportation. You can take a train from either Edinburgh or Glasgow to Fort William, or stop off at smaller towns on the way up.

If the Scottish weather wins out and makes hiking sound a wee bit uncomfy, you can also choose to take a scenic train ride to see the Highlands. The most quintessentially Scottish route is the Jacobite Steam Train, a journey that transports travelers 85 miles across the Highlands from Fort William to Mallaig.

You can get a seat on another magical train ride on the West Highland Line. You might recognize the scenery on this railroad from the Harry Potter movies — it’s the big arching bridge that the Hogwarts Express crosses on the way to wizarding school. It leaves straight from Glasgow and winds all the way up to Mallaig.

8 Tips To Have A Dreamy Vacation In Edinburgh