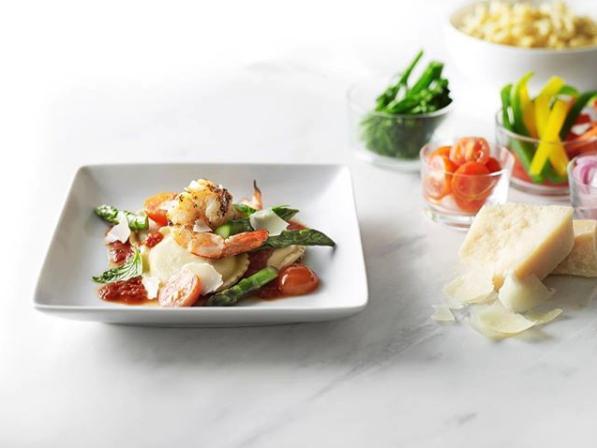 If you’re going to eat airplane food, know what will make your body happy and what to skip.

An annual review of airlines’ in-flight food offerings revealed the best and worst options for plane dining. The survey, conducted by Charles Platkin, Ph.D., director of the New York City Food Policy Center at Hunter College, gave each of 12 major North American-based airlines a health score from 1 to 5. No airline hit the high score of 5 – no surprises there, TBH – but some did shockingly okay.

Here’s how they stacked up, based on what kind of foods they offer, how many calories are in each item and the nutrition of the options.

Two notes: Virgin America became part of Alaska Airlines (ranked fifth) as of this year. The data for average meal calories is listed as 4060, but our own math averaging the in-flight meals comes out to 404 calories.

With holiday hustle straight ahead, take some time to enjoy the #viewfromabove.

Platkin recommends: peanuts (or bring your own)

Platkin recommends: Nut Medley (shared or only eat half)