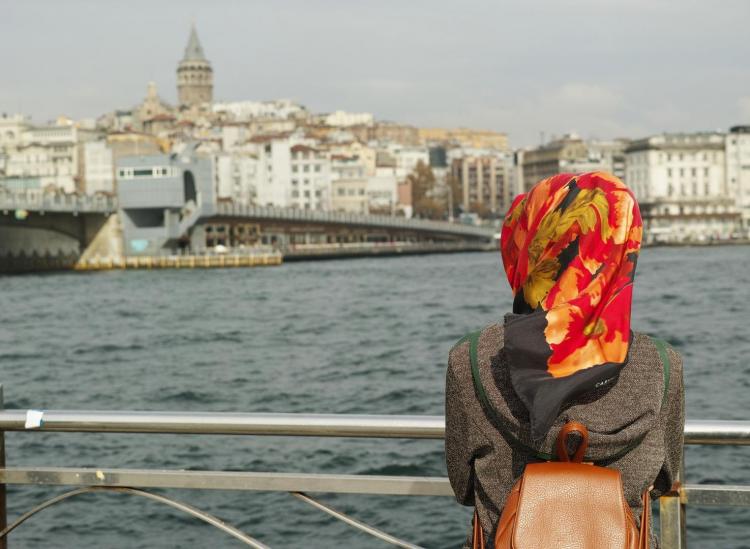 Don’t be that tourist. You know, the rando American who tries to walk into the Blue Mosque in a tank top and shorts. It’s not a good look.

The best look for a worldly traveler? Knowing where you’ll need a headscarf in order to tour some of the most beautiful religious and cultural Islamic sites.

Choosing whether or not to wear a headscarf is an intensely complicated and personal decision for Muslim women. But for non-hijab wearers when touring mosques, it’s like covering your shoulders when entering the Vatican — it’s better to be on the side of respect of religious rules.

If you want to walk in prepared, here’s the lowdown on head coverings.

What should a headscarf cover?

However, in some more conservative areas, you might also need to cover your ankles and wrists. There are usually signs posted outside mosques defining appropriate outfits.

How do I wear a headscarf?

Headscarf styles are a learned skill. But if you want to learn how to look a little less like a child playing dress-up and a little more culturally appropriate, we’d suggest using a couple of pins and a tutorial from a hijab-wearing beauty blogger.

Where do I need to wear one?

There are scarves for visitor use at some of the bigger names on the tourist track, but if you’d rather use your own clothing, it’s not a bad idea to bring your own scarf or do some research before a visit to:

Are clothing rules just for women?

While men don’t have to cover their hair, people of all genders are required to cover their shoulders and knees in many mosques. Leggings are a no-no, as are shorts or above-the-knee skirt. Sometimes even ankles and wrists should be covered. Maxi dresses for the win!