These Are The Most Insane Races Across The Globe 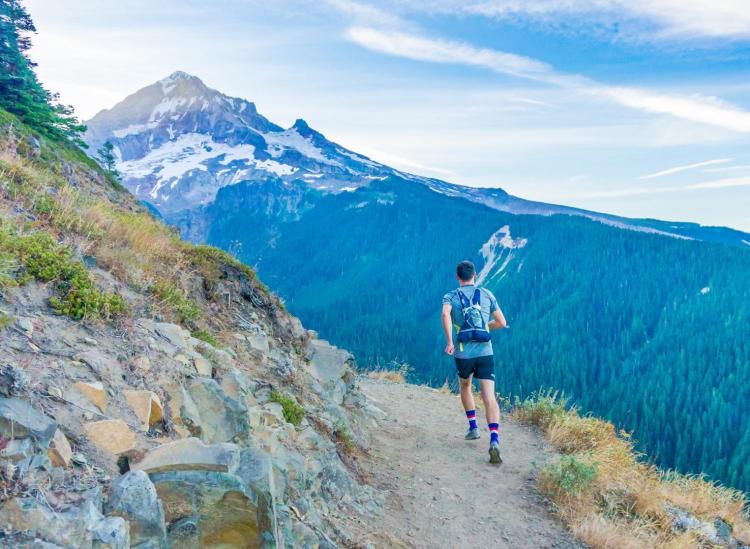 There are ultimate athletes, and then there are superhumans. These are the beings who think of ultramarathons as walks in the park and laugh in the face of any Tough Mudder or Spartan race. And we have these kinds of people to thank for the existence (and sometimes completion) of the most insane fitness competitions across the globe. Check out the four beyond-grueling races below and what horrific feats of human strength and endurance they entail.

Started in 2009, the Marathon des Sables is an ultramarathon that tracks through the Sahara Desert in southern Morocco. It is 251 kilometers (or 156 miles) long, which is the length of six traditional marathons combined. Participants are allotted six days to complete the course and are expected to carry their food, water, sleeping bags and other supplies along with them throughout the journey. Not to mention, the event occurs at a time of year when temperatures hover around a sweltering 122 degrees Fahrenheit. There’s a clear reason why the Marathon des Sables is considered the toughest foot race on Earth. Approximately 700 people attempt this race each year, and the record completion time is set around 19.5 hours.

And on the opposite end of the spectrum, we have the 6633 Arctic Ultra, which is considered by many to be the coldest, windiest ultra footrace on the planet. For 10 years, the event has motivated the bravest of souls to trek 350 miles and across the line of the Arctic Circle, pulling everything they need to survive on a sled behind them. The race tracks between the Yukon and Northwest Territories and temperatures there hover around -13 degrees Fahrenheit. And of course, there is a time limit of 191 hours (or eight days). Only 33 people have successfully completed this race throughout the past decade.

This yacht race, which was established in 1973, takes its crews all the way around the world — literally. It’s held only once every three years, but the event itself takes more than nine months to complete. The route changes each go-round, but it typically begins in Europe in October. Male teams have eight members while all-women’s teams can have up to 11 members aboard as they cross four oceans and touch five continents. The temperatures vary from 23 to 104 degrees Fahrenheit, and each crew member is only allowed to bring one change of clothes aboard. Some of the sailing legs require the teams to race for more than 20 days at a time, living off of freeze-dried food only. Five participants have died while attempting to complete this race.

And then for those who’d instead prefer to limit the location of their crazy event, there’s the Self-Transcendence 3,100-Mile Race. Established by Indian spiritual leader and meditation teacher Sri Chimoy in 1996, the 3,100-mile footrace (which is truly the longest certified footrace in the world) is limited to one extended block of the Jamaica neighborhood in Queens, New York. That means that over the span of 52 days (in June, July and August), runners loop that single block 5,649 times. Over and over and over again. It was created as an opportunity for participants to truly discover what they’re capable of and then push even further beyond that wall — both mentally and physically. Whether this race truly leads to self-transcendence or full-fledged insanity, we have no idea.