What Travelers Need To Know About The Government Shutdown 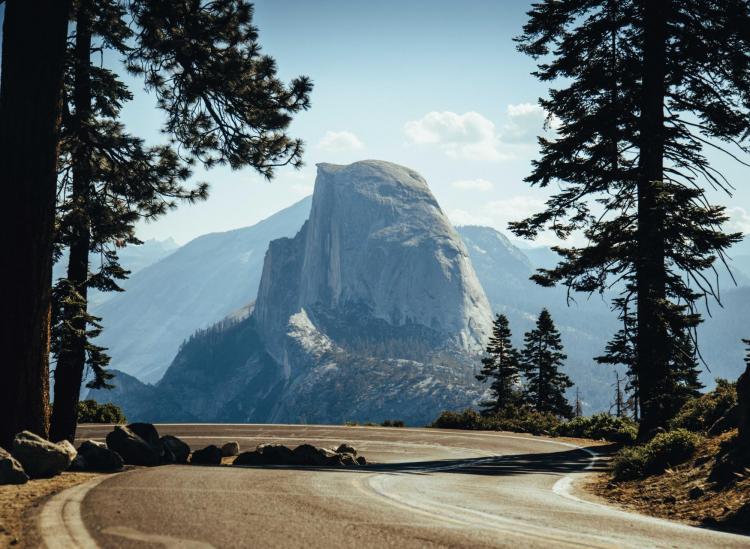 The current United States federal government shutdown is in its third week, and the ripple effects from halted government programs and agencies are affecting life across the country, including the travel space. If you have adventuring plans coming up, here’s what you need to know about the shutdown and how it might impact your trip.

Transportation Security Administration (TSA) are among the government employees not getting paid during the shutdown. Yes, they’re still expected to work even though they won’t be getting a paycheck until the shutdown ends. So if you’re headed to the airport, know that the person checking IDs, telling people to take your laptop out of your bag and reminding people to empty their pockets before going through the X-ray machine isn’t getting paid to do those thankless tasks.

There’s been a slight uptick in TSA agents calling in sick to work, leading many travelers to wonder about wait times in the airports. However, TSA maintains that recent wait times are not that far off of normal peak holiday travel times (read: bad).

If the shutdown continues and more TSA agents call out of work, leading to increased wait times at airports, the best thing travelers can do is arrive at the airport super early for their flights and be as prepared as possible to go through the security line. Have your ID ready, liquids and laptops easily accessible and pockets empty.

National treasures like the Grand Canyon, Yellowstone, Joshua Tree and Yosemite National Parks have been without national park service workers since December 22 when the partial shutdown began. But many national parks are still open to visitors, leading to a literal garbage pile of problems.

With most national park rangers and custodians furloughed from the shutdown, there’s limited staff on hand to clean up trash, toilets or roads (and even scarier problems arising with accidents leading to injuries and even deaths in the parks).

The National Park Service (NPS) reported that states and nonprofit groups have donated the equivalent of more than $2 million in supplies and labor to help more than 40 parks stay open. Recently, the NPS announced that it would begin using entrance fee funds to pay for basic needs at popular parks across the country.

“The NPS will begin to use these funds to clean up trash that has built up at numerous parks, clean and maintain restrooms, bring additional law enforcement rangers into parks to patrol accessible areas, and to restore accessibility to areas that would typically be accessible this time of year,” NPS deputy director P. Daniel Smith said in a press release.

That means trash pickups and bathroom cleanings are back on. But even before the NPS started operating services again, volunteers stepped up to fill the void. In the midst of the worst of the garbage and bathroom crisis, Joshua Tree climbing business Cliffhanger Guides reached out to local nature enthusiasts to see if there was any interest in joining a cleanup effort for the park. There was, and Cliffhanger Guides organized several trips into the park to clear out dumpsters and restock (and even clean) park bathrooms.

“Every day I am just blown away by how amazing and dedicated the people in this community are to caring for Joshua Tree,” the team behind Cliffhanger Guides posted on Facebook. “Yesterday we had several trucks and trailers in the park hauling trash out of overflowing dumpsters and the usual cadre of toilet angels taking care of cleaning and restocking bathrooms throughout the park. In just one of the truck/trailer combos we took 1340 lbs of trash to the dump.”

However, even the best efforts can’t completely make up for the lack of infrastructure or supervision. The NPS recently announced Joshua Tree National Park will close to repair the damage done by illegal off-road vehicles and vandalism to the iconic Joshua Tree plants.

Other volunteer groups are organizing events this weekend to try to keep their local parks clean, safe and wild, such as Keep Sevier Beautiful’s Great Smoky Mountain Cleanup. In California, Ken Yager has also been running volunteer efforts through his nonprofit Yosemite Facelift and told Swirled that he intends to continue to offer trash pick-up poles, trash bags and safety vests for anyone who wants to lend a hand.

And although the NPS is responsible for emptying trash bins in the parks, they’re not litter collectors. That means litter in the parks is still a big problem. Yager said he sees behavior changing based on the amount of supervision in the park.

“If you see one or two people out cleaning, other people are more likely to keep things clean… But the minute someone dumps an ashtray or leaves a diaper…” Yager said he sees people mimicking the levels of litter they see in a given area, so if there’s a lot of litter left in an unsupervised part of the park, visitors might feel less guilty about dropping some trash of their own.

So if you decide to visit one of the national parks that are open for as long as the shutdown lasts, there are several things to keep in mind. First, you can check which parks are open on the NPS website. Second, be careful and think critically about hiking in remote areas due to limited emergency response teams. Third, make sure to leave no trace of your visit. Stay on the trails and take everything you bring back out of the park with you and, if you can, grab any litter you see while out there.