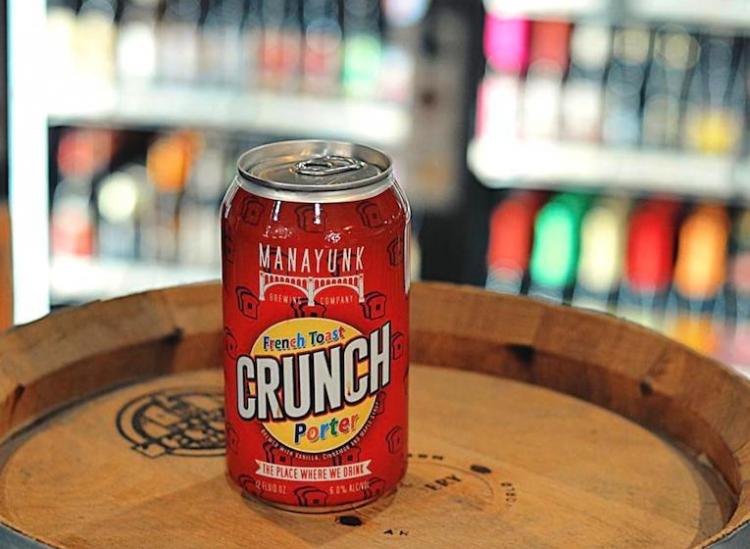 If you grew up eating cereal for breakfast, you know how magical sipping on a bowl of French Toast Crunch-infused milk can be. Any kind of cinnamon milk really is the best milk. And now, you can imbibe an adult version of that sweet, sweet beverage with French Toast Crunch beer.

Manayunk Brewing Company, which is based in Philadelphia, makes a porter-style beer that’s brewed with all sorts of chocolate malts, vanilla, cinnamon, maple syrup and a little bit of lactose. The French Toast Crunch beer is robust and rings in with an ABV of 6 percent. It’s available in 12-ounce cans and on draft.

French Toast Crunch is definitely a dessert beer. You’ll smell notes of roasted barley, caramel, coffee, maple syrup and cinnamon. It pours out with a deep chestnut color and a medium amount of carbonation. Even though it’s a sweet beer, the finish has some earthy hoppiness to it.

If you like maple, cinnamon and porters, take a trip to Philly sometime soon and try it for yourself. (The brewery has produced more than 600 different kinds of small-batch beer, so you can explore others, too.) You can also search here to find out if French Toast Crunch is available at stores or bars near you.