This Former Editor Dropped Everything To Pursue Her Passion For Fitness 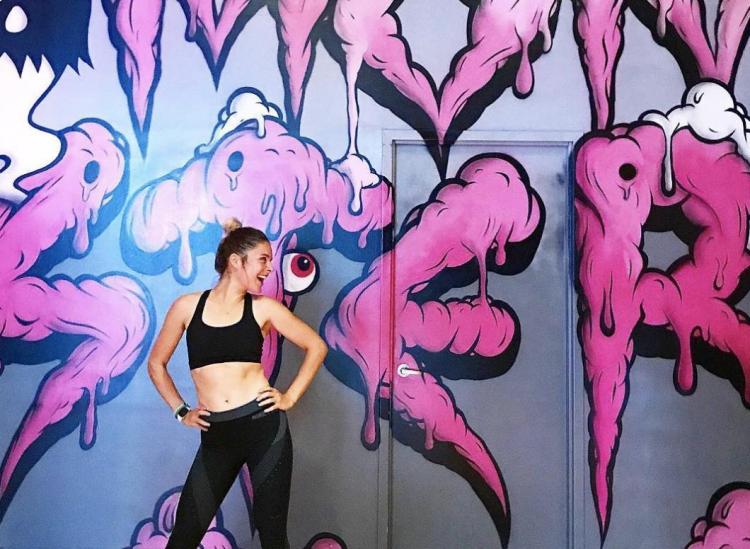 Lindsey Gaterman prefers to go by Gater, a name she’s used to shape her rapidly-growing social media presence and wellness brand. Her website, CityGater, offers health advice, highlights her veganism journey and, most importantly, aims to show people how to live better lives. “My priority is to help people who want [to learn] simple, small changes to better their lives,” Gater said in an interview with Swirled.

You’ll find anything you want to know about her top recipes, fitness hacks and even mental wellness tips on her Instagram and website, but here’s what you won’t find: she dropped her editorial career completely to pursue her passion for fitness, and the way she did it was honestly badass.

Her Start In Media

“I came to New York City to be an editor — I had 11 internships in editorial,” Gater said. “I’ve worked in magazines and then traditional journalism, and every time I switched jobs [within the media industry], I was really tired. I felt like I was just tied to a number.”

Gater explained that the burnout came primarily from feeling like her progress was only important if analytics reflected it, and that she wasn’t directly helping anyone through her work. “It was all just about me making money,” she said. “I really appreciated my experience with editorial, but because my goals were so numbers-driven, my motivation was just money. I kept thinking, If I do this for five or six months, I’ll get a raise or promotion.”

The Moment She Knew She Needed To Make The Change

Gater sought relief from her job through exercise and instructors that she found inspiring. “I felt connected to these people, and that’s when I realized that I wanted to do that for other people,” she said.

Gater initially decided to get her certification to teach fitness classes while keeping her nine-to-five job. The plan was to teach before and after work.

Then, her company experienced a mass layoff.

“The day I got laid off, I was actually at an audition [for a fitness teaching job],” Gater said. “When I found out that we got laid off, I just said f*ck it, and I decided to get side jobs until I could make the fitness thing work. In the back of my mind, I knew I wanted to teach [instead of working in media], but that layoff was such a gift.”

How She Took The Leap

The more Gater learned about veganism and perfected her workouts, the more she was able to identify her true path: to be an instructor. Immediately after being laid off, she became a spin instructor.

“For me, my mission at that point became making people feel good about themselves,” Gater said.

One question Gater gets frequently is, “But…how do you live?” And to be fair, most people would probably ask that question of someone living in Manhattan and teaching spin class a few times a week.

Through her spinning job and her other side gig, Gater said she’s able to live comfortably, and that she feels happier than ever having made the career change.

“Whenever people ask me now if I took a pay cut, I’ll admit that I cared so much before [about money], but now I don’t even think about it,” she said. “As long as I can live, go out and pay my rent, I don’t even calculate my salary. Now, it feels like it’s all in my hands and I’m doing what I really love and I’m helping people. The wealth is when I see someone benefit from what I do for them.”

Gater said it’s “money in itself” to help people through fitness.

“Teaching and the ability to inspire others through physical activity will always be with me, even after this,” Gater said. “Expressing myself through movement is so beautiful, and I want to keep it close to my heart.”

Her Advice For Others Who Want To Switch Industries

Gater said the first step to taking the leap is to just be honest with yourself. “Pretend that if you were to make the decision nothing else would matter,” she said. “If money wouldn’t matter, and relationships wouldn’t matter, what would the decision be? If your decision would be to do it, that’s the answer. The logistics and the factors are just obstacles. You could say, ‘I don’t want to be an artist because I want to pay my rent.’ You can be a bartender, a nanny, a waitress. These factors are temporary. They’re pieces of the puzzle and not the whole picture.”

Gater clarified that of course money would be a factor in someone’s decision, and that it should be accounted for through side jobs or any other means to make up for any reduction in income. But ultimately, Gater said that you need to consider what’s truly important in your life: is it a job that pays well, but makes you unhappy, or a job that might not pay well at first that makes you ecstatic to be alive every day?

“Make a list of things you care about and things you think you care about, and it will be very clear when you’re making the list what you really care about,” Gater said. “I convinced myself I had to work for a huge brand and work for some high-up editor in the city, but what I actually cared about was my health and helping people. Everything else didn’t matter.”

Ultimately, Gater said, you can’t look at this new opportunity like it includes a ton of sacrifices. If you’re meant to make a change, she said, you won’t be sacrificing — you’ll just be changing. The most important piece of advice Gater has? Give yourself some damn permission.

You can catch Gater on her website, on Instagram and teaching spin classes at The Monster Cycle in Manhattan.