Here’s What Really Happens When You Drink Collagen 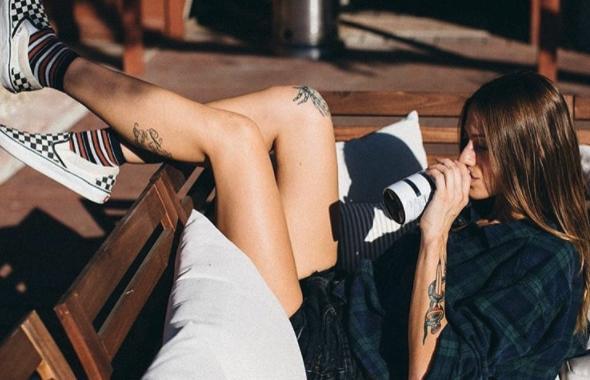 Health-conscious Instagrammers have their eyes on a new trend: drinking collagen. Collagen is the protein substance that basically holds our bodies together. We have an abundance of it (it makes up about 20 percent of our body mass), but that supply does tend to decrease as we age. So in come the supplements to make up for any potential deficiency, and drinks like Dirty Lemon are currently sitting center stage. But does drinking collagen benefit our bodies in the ways claims suggest?

Short answer: It depends on the particular claim you’re evaluating.

Using collagen as a protein supplement in your diet isn’t something that’s making headline news, but it does work in this way. “People use it instead of a protein powder sometimes and add it to their smoothies because it’s a very absorbable form of protein,” said Amy Shapiro, MS, RD, CDN, and founder and director of Real Nutrition in New York City. “In terms of taking too much of it, though, I think it really depends on what your goals are and what your activity level is. Research shows that Americans consume way more protein than we actually need, so I’d consider it in the overall consumption of protein in your day.”

Another supposed benefit of drinking collagen is that it can help restore a healthy gut. According to Shapiro, the current collagen trend stems from our obsessions over bone broth and the paleo diet and lifestyle, because they highlight the gut-healing properties of the collagen that’s extracted from bones when making bone broth. “One of the amino acids collagen has is glycine, which has shown to help with metabolic function and detoxification — and we know that’s always a hot trend,” said Shapiro.

And we do lose our naturally-produced collagen as we age, so in some ways, this supplementation can aid joint pain and other arthritic conditions. “The research isn’t hard and fast, but I think it’s worth a shot. You just have to take it with a grain of salt and see if you experience results,” said Shapiro.

While consuming collagen can aid with protein supplementation and could promote gut and joint health, most collagen drinkers narrow in on the sexier and ever-popular aesthetic claim that it helps prevent the skin from aging. Now here’s where we get into trouble.

“Research has not shown that dietary consumption of collagen translates into higher collagen levels in the body or a decline in the development of wrinkles,” said Erin Palinski-Wade, RD, CDE and author of Belly Fat Diet For Dummies. “In reality, collagen is a protein and is digested in the same way all proteins that we consume are ingested. When you eat a protein, it is broken down into amino acids during digestion, reassembled and then utilized in the body. So protein from dietary collagen won’t necessarily raise the levels of collagen in your body.”

In lieu of drinking collagen, Palinski-Wade recommends focusing on a diet rich in the nutrients that help to build collagen in the body like “vitamin C found in dark green leafy vegetables and citrus fruits, and the amino acids proline and glycine found in foods such as eggs, dairy, mushrooms, wheat germ and gelatin.”

Collagen built by the body itself is more valuable than any collagen we consume. “Using sunscreen and avoiding inflammatory foods and nutrients, such as added sugars, alcohol and cigarette smoking, is the best way to slow down premature skin aging,” she added.

At the end of the day, “supplements” like collagen aren’t regulated, so it really just comes down to the claims of others and your own trial and error. (The placebo effect is also a common factor, especially when evaluating aesthetic benefits, so keep that in mind.) If you want to try it, try it. There’s little harm in it, but Shapiro does have some advice you.

“Just like everything else, being consistent is really what’s going to show you the best results. If you’re just going to take collagen every time you pick up a smoothie and that’s once a month, you’re not going to see any results,” she said. And if you drink collagen and then binge on popcorn and candy at the movie theater later that afternoon, don’t expect magic to happen. You can’t fill your body with toxins and then use a “detoxifying” substance to cancel it out. It’s all about your lifestyle.

She also admits that she tried drinking collagen herself and didn’t find a good use for it. “I tried putting it in smoothies and it was fine, but I also tried to drink it in water and I just couldn’t get it down,” she said. “I think it kind of smells like pee if I’m being honest.”

It’s also worth noting that those who insist on leaving animals (and animal-derived products) out of their diets should avoid collagen entirely. There is probably a vegan option out there, but that’s a topic for another time.