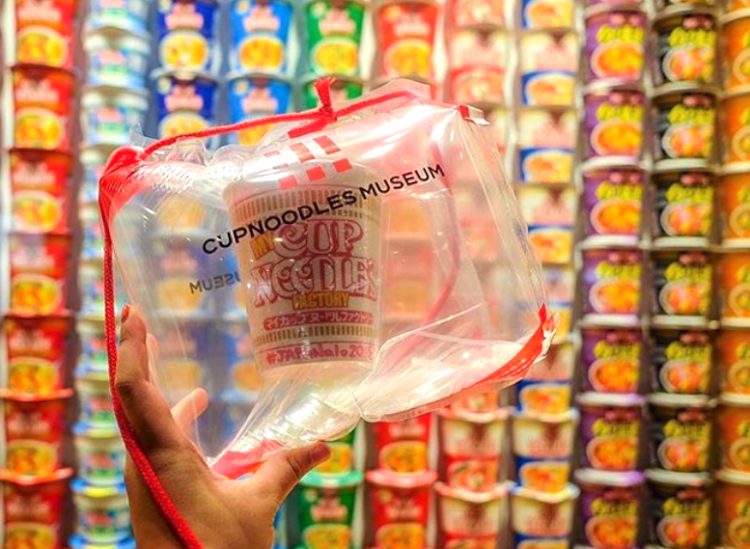 Cup Noodles plays such a significant role in ramen culture that there’s an interactive Cup Noodles Museum in Japan that lets you live out all of your ramen fantasies.

Before the real deal Japanese ramen became mainstream in the United States, most people thought of Cup Noodles as the definition of ramen. Cup Noodles are basically college in a cup, but they also suffice as a meal way into adulthood.

These instant noodles you know so well have been around for over 45 years and they’ve transformed Japanese ramen into an instant-meal phenomenon.

Nissin Foods is the mastermind behind the museum where you get to participate in all sorts of interactive activities and exhibitions. You can make chicken ramen from scratch and take home your freshly made noodles. There’s a Cup Noodles factory where you can design your own original package, choose your favorite soup and pick from all kinds of toppings.

Walk through the instant noodles tunnel where 800 product packages line the walls from floor to ceiling. There’s a colorful exhibit that shows you how Cup Noodles packages look around the world. The tasting room has products for you to try that are only sold in limited areas of Japan.

You’ll also find exclusive products in vending machines and the dining area. To top it off, there’s a museum gift shop where you can get all of the ramen merch you want.

For anyone who loves instant ramen, Cup Noodles or just noodles in general, this museum is very legit. Who wouldn’t want to create their own instant ramen flavor? Cool AF.