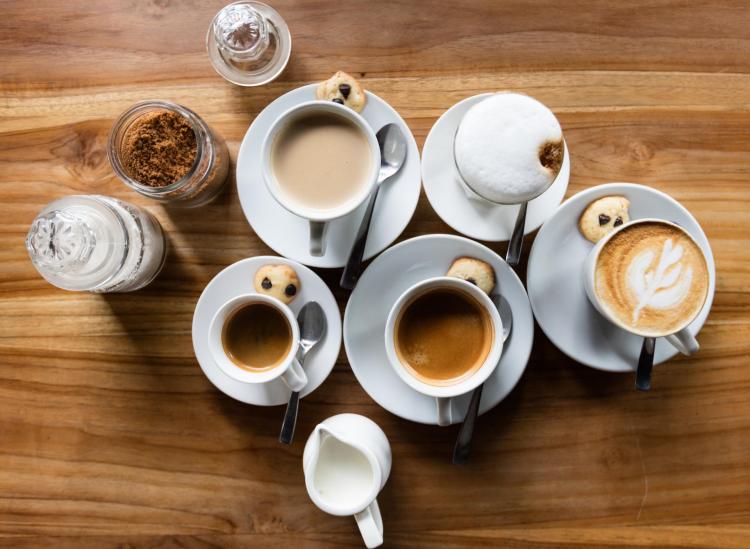 We’re all about the coffee coffee coffee, especially when traveling. But to make sure you’re not ordering your favorite Starbucks standby in amazing destinations around the world, here are eight countries with signature coffee drinks you should try on your explorations across the globe.

Slightly bitter and thick, Turkish coffee is served in small porcelain cups and should be sipped slowly. If you want sweet coffee, you have to order it that way. Sugar is added to the coffee as it brews instead of afterward like most American coffee drinks.

How to say coffee in Turkish: Kahve

A post shared by Tarragon Middel East Market (@tarragon_middel_east_market) on Jul 5, 2018 at 7:27am PDT

Made with Arabica coffee beans, many Middle Eastern brewing methods add spices to the coffee. In Saudi Arabia, you’ll often taste cardamom in your cup. You might be poured small amounts of coffee at a time, but it’s customary to drink at least one full cup.

How to say coffee in Arabic: Qahua

Bitter espresso is the classic Italian coffee drink. Topped with crema, the foam from brewing the beans with pressurized water, espresso is highly caffeinated. In Italy, you’re probably sipping a single espresso unless you really need a hefty caffeine boost.

How to say coffee in Italian: Caffè (coffee) or caffè espresso

Jebena buna is a coffee ceremony in Ethiopia, not one single drink. The process begins with roasting green coffee beans over hot coals, grinding them, steaming them in a clay jar and sweetening the resulting coffee with sugar before drinking several cups.

How to say coffee in Amharic: Buna

If you order a cafe cubano, you’re going to get espresso. But it’s different than the Italian variety because it’s sweetened with demerara brown sugar that’s been whipped into a frothy topping with a few drops of the espresso.

How to say coffee in Spanish: Café

The newest tradition on this list is the flat white, which only dates back to the 1980s. But the drink has a higher coffee-to-milk ratio than a latte and is a ubiquitous order in coffee-crazy Australia. Expect pretty latte artwork on top.

This coffee drink served in a clay pot is made from ground coffee, cinnamon, and piloncillo (unrefined cane sugar). The clay pot adds an earthy flavor while the spices give the drink some extra oomph.

How to say coffee in Spanish: Café

The only iced drink we’ll call a tradition (no, your cold brew isn’t there yet), cafe sua da is finely ground Vietnamese coffee, brewed through a drip filter, with condensed milk. It’s poured over ice and tastes sweet and refreshing.

How to say coffee in Vietnamese: Cà phê

Here’s Why Kona Coffee Is The Gold Standard

A Slovakian Company Made Clear Coffee, And It’s…Interesting