The Celebrity-Owned Restaurants You Should Know About 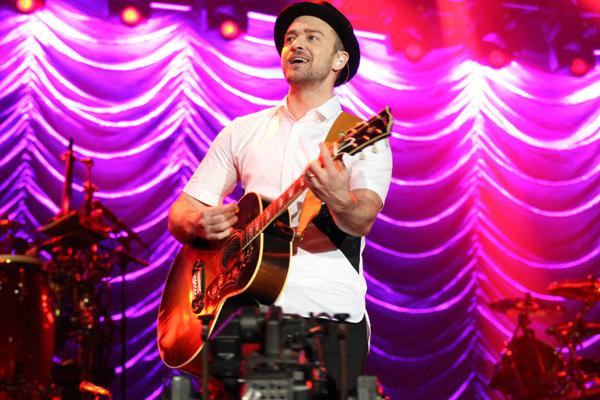 You already know where to dine with the rich and famous, but did you know that a lot of celebrities actually own restaurants? It only makes sense that they would explore the culinary world after they’ve conquered everything else. Check out these eateries owned by your favorite celebrities. If Joey Fatone can run a hot dog company, so can you!

Heartthrob Ryan Gosling owns a piece of this modern Moroccan restaurant in Beverly Hills, along with chef Ben Benameur. When he’s not busy winning Golden Globes, Gosling might be spotted at Tagine, where plush banquettes and pillows line the walls of this cozy hideaway.

This burger company carries the name of Hollywood’s favorite Bostonian, Mark Wahlberg. While the whole family is involved with the restaurant, it’s Mark’s older brother Paul who handles the food throughout all of the kitchens and is in charge of the family’s plans for expansion. There’s even a show on A&E about the Wahlberg family’s rags-to-riches story and how they plan to succeed in Boston and around the country.

Justin Timberlake, and friends Eytan Sugarman and Trace Ayala, opened Southern Hospitality in 2007 to give guests an authentic Memphis-style BBQ experience. The restaurant moved to its permanent location in Hell’s Kitchen in 2011. Check out Justin’s BBQ joint for brunchtime mimosas and who knows, maybe you’ll even witness a surprise performance.

JT isn’t the only ex-‘NSYNC member to get on the hospitality bandwagon. Joey Fatone has ventured into the world of hot dogs and Italian ices with Fat-One’s. The hot dog stand is located in an Orlando mall where Joey used to hang out during his younger years. Fatone says, “After years of working on television food shows, I’m excited to open this new venture which is a combination of who I am, where I’m from and where I’ve been.”

JBJ Soul Kitchen is a non-profit community restaurant run by the Jon Bon Jovi Soul Foundation. The influential American singer-songwriter opened two locations of JBJ Soul Kitchen, one in Tom’s River and the other in Red Bank, where individuals and families can eat high-quality farm-to-table meals in a warm and welcoming setting. The menu has no prices and you can choose whatever you’d like to eat and make the minimum donation. You can choose to donate more money than suggested and help to pay for a neighbor in need or, if you can’t afford to donate, an hour of volunteering with pay for your meal.

The Emmy-winning awkward dad from ABC’s Modern Family, Ty Burrell, owns Bar X in Salt Lake City. The Prohibition-era bar originally opened its doors in 1933. A couple of years ago Burrell and his brother Duncan, along with a few others, gave Bar X a much-needed facelift. It’s now known as the go-to destination for expertly crafted prohibition-era cocktails in the area. Burrell also owns a beer-focused bar and restaurant next door called Beer Bar, helmed by the Utah chef Viet Pham.

Danny Trejos, an American actor most well-known for his roles as the villain and anti-hero in movies like Machete and From Dusk Till Dawn, has a taco business in LA. Trejo’s Tacos is an art-filled taqueria that caters to vegans and vegetarians, and offers specialty sodas and kombucha. There are three locations: Trejo’s Tacos, Trejo’s Cantina, and Trejo’s Truck.