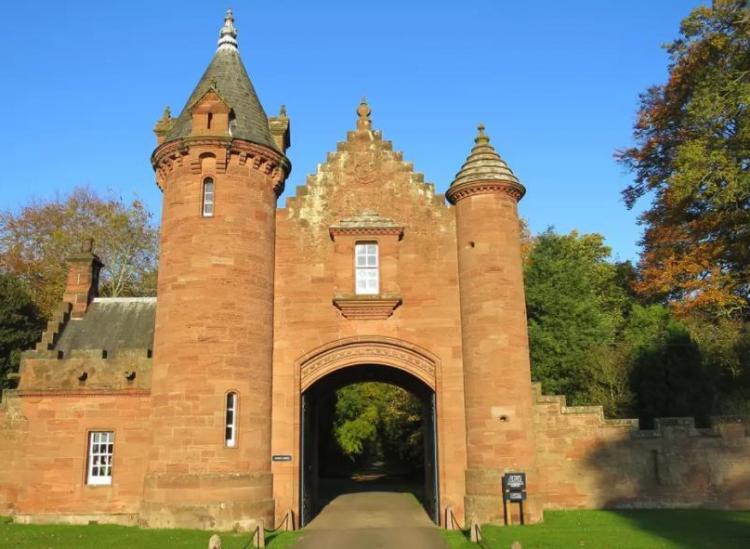 Ah, the royal life. While we all gaze at the British princes and princesses from afar, you could actually be hanging out in a Scottish castle. Or rather, you could be staying in your own little section of the castle — this gatehouse Airbnb.

Okay, so you’re down the road from the real castle, but you still have your own tower in a historic old building. Maybe it’s a little more “Downton Abbey” than Duchess Kate, but now that Harry’s off the market, it’s probably as close to being a British princess as you’re ever going to get. Even better, it’s only $143 per night.

The Gatehouse is on the Ayton Castle grounds near a village of the same name. There are horses across the road and views of the main house — you even have access to some of the estate’s grounds. Inside, you’ll find a spiral stone staircase leading to the bedroom (the Airbnb sleeps two). And if that’s not enough reason to head to Scotland, you’re also just four miles from the beach.

Here’s how you can make this dream vacation a reality:

If you fly into Edinburgh, you’re just about an hour away from Ayton. There are also trains from Edinburgh to Berwick-upon-Tweed, and from there, you could take a regional bus to Ayton. Then, you’ll be only a few steps away from the gatehouse, according to the posting.

So friends, when are we going?