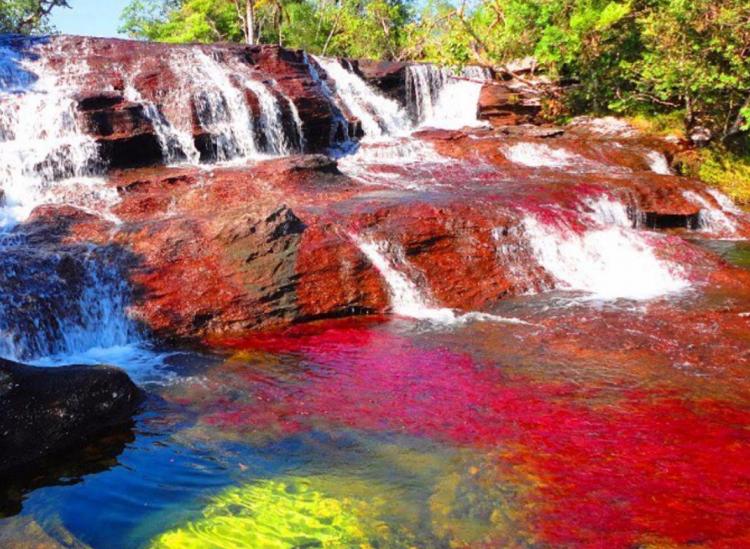 It’s not every day that you get to witness naturally-occurring rainbows (unless you live somewhere really rainy and get to see them on the daily). This Colombian river may be one of the most beautiful phenomenons in the world. Its currents emit multiple colors at a time, making it a true liquid rainbow.

The river, Caño Cristales, is a 62-mile stretch of color. The rainbow effect is caused by a red plant called the macarenia clavigera, which grows in the riverbed. Throughout the body of water, the red plant’s hue bounces off the black rocks, green algae, crystal-blue water and yellow sand, producing an effect we can’t describe as anything but gorgeous.

If you’re interested in seeing the river, go between July and November — the colors are naturally at their strongest in those months. Also, be aware that the trek to get there isn’t exactly easy. You start out in Bogota, Colombia and take a small plane or bus to Villavicencio. From Villavicencio, jump an even smaller plane to La Macarena. Then, find a guide to lead you to the river.

Yeah, that’s a lot of effort to see one river. But we can’t say it wouldn’t be worth it. We guarantee you’ll never see anything like this.