Meet The Weird, Finnish Squeaky Cheese That You Dunk In Coffee 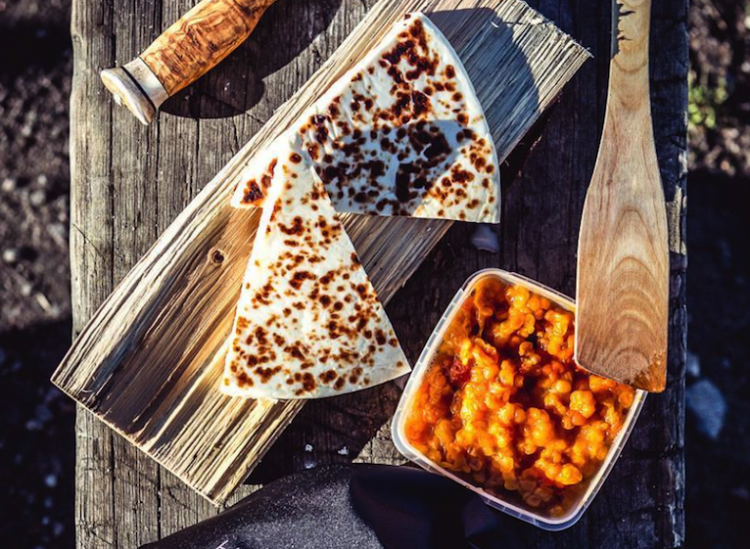 Getting bored of brie? Maybe it’s time to give this pleasantly confusing cheese a try.

In English, it’s known as Finnish squeaky cheese, but the Finnish name is Juustoleipa (pronounced HOO-stah-lee-pah). The word means “bread cheese,” which sounds bizarre, but in Finland, they literally treat this cheese like a piece of toast.

The semi-hard white cheese is made from rich cow’s milk, but sometimes it’s made with goat or reindeer milk. Weird, we know. The strangest part about Juustoleipa, though, is that it doesn’t melt. Yes, cheese that doesn’t melt. But it’s okay because bread cheese pretty much tastes like a grilled cheese on its own.

How do you eat this non-melting cheese, you ask?  You dip it in coffee, of course. (At this point, we really shouldn’t be surprised.) It’s cut into slices and served either as a side dish with coffee or dunked right into the cup.

During the cheesemaking process, bread cheese is baked so that the heat caramelizes the sugars on the outside, giving it a golden-brown crust… just like a piece of bread. And that caramelized crust gives it a nice, sweet flavor.

Even though it won’t melt, you can heat bread cheese in the toaster or microwave to soften it. You might also enjoy it served as a dessert with honey, lingonberry jam or cloudberry jelly. Oh, and don’t be alarmed if it makes a squeaky noise when it hits your teeth (that’s where the name comes from, obviously).