Here’s What Happens To Your Brain When You Meditate 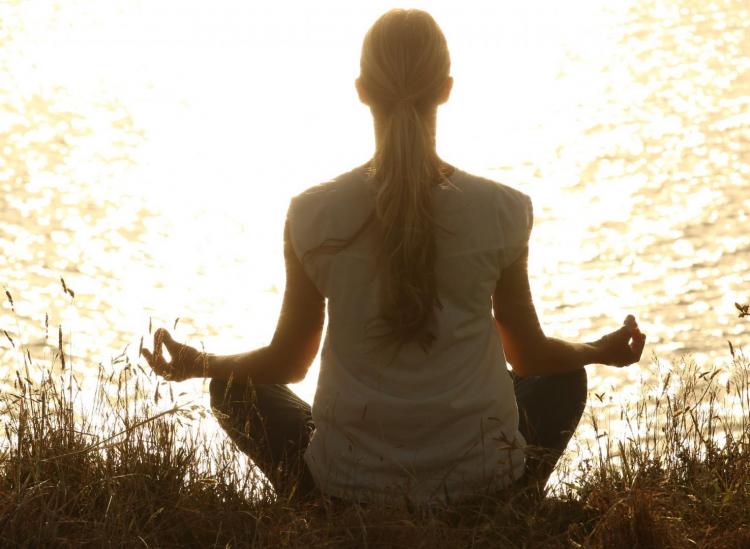 You probably already know by now that yoga and other forms of meditation are very beneficial. From stress relief to increased cognitive function, meditation is proven to work wonders on the body and the brain. But what is the immediate effect your brain experiences after that Savasana? You’d be surprised to learn that meditative practices do a lot for your brain very quickly.

Researchers from the United States National Library of Medicine and National Institutes of Health studied a group of people who were considered “mentally healthy” and a group of people who had a variety of social and anxiety disorders. After a period of monitoring individuals via PET scan, the researchers found that those with disorders had, on average, much lower dopamine levels than the first group. (Dopamine, which is a neurotransmitter, brings on positive emotions like motivation and pleasure.)

Both groups of subjects were tasked with participating in eight sessions of psychoeducation classes (education about mental health) and mindful meditation. Individuals’ dopamine levels were recorded after each meditation. At the end of the study, researchers found that not only did both groups report reduced anxiety overall, but that the participants’ brains experienced an immediate spike in dopamine right after class.

You Feel Less Fearful and Anxious

In another study conducted by the University of Pittsburgh and Carnegie Mellon, researchers surveyed 150 participants through an eight-week meditation course. They measured the size of each participant’s amygdala (the part of the brain that senses and processes fear and anxiety) through MRI reports and found that immediately after meditation, the amygdala shrunk and produced fewer negative emotions.

Researchers from the department of psychology at the All India Institute of Medical Sciences found that out of 34 healthy participants in a controlled meditation setting, the amygdala of each participant shrunk overall immediately following meditation. Though the amygdala, which also is in charge of rapid response, was inhibited, participants were able to react much more quickly to threatening movements or changes in their environments after participating in a mindful exercise. In essence, the meditative practice enabled them to respond proactively.

The long term benefits of meditation are wide-ranging, but it’s pretty incredible that the brain experiences positive effects so quickly afterward. It’s not a coincidence that the practice can make some people feel clear-headed or euphoric. Pat yourself on the back for this one — you did yourself a huge solid just by meditating at all.