Here’s Everything You Needed To Know About Border Control 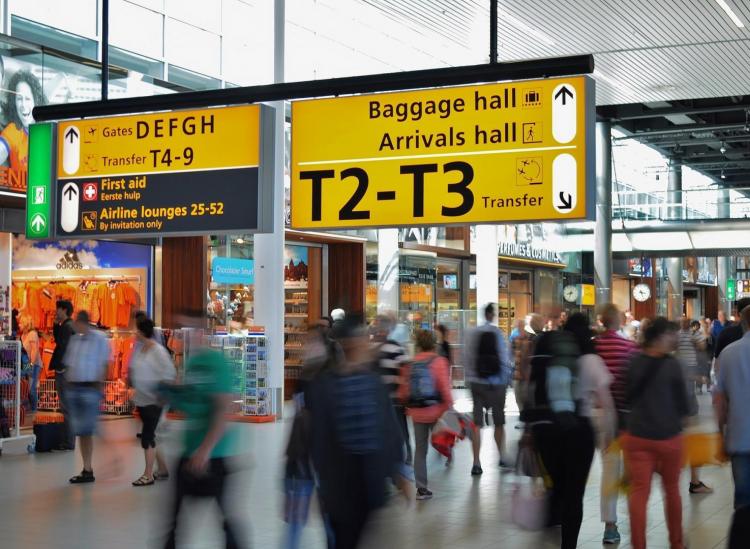 Stress no longer, anxious traveler, we’re here to make your next international adventure worry-free. You know those little nagging fears you’ve had about border control? Well, we’ve got you covered. Here’s everything you’ve ever wondered about how to leave the United States, enter a foreign country and get back to the U.S. without unnecessary hassle.

What documents do I need?

On your way out of the U.S., you only need your boarding pass, passport and potentially a visa depending on where you’re going and for how long you plan to stay.

When entering your foreign country of choice, you’ll just need your passport. Some countries make you fill out a customs form as well while some let you bypass that process if you don’t have anything to declare (which means you’re not carrying huge amounts of cash or bringing anything weird across the border).

If you’re on a layover in another foreign country and want to pop out of the airport and into the city for a short visit, you’ll need your passport and the boarding pass for your next flight (and a visa if the country requires it).

Coming back into the States, you’ll need to fill out some paperwork for customs that basically informs the government that you’re not bringing anything sketchy back into the country. If you’re flying, the airline will pass these forms out a few minutes before you land.

In which countries do Americans need visas?

You can check the full list from the State Department, but here’s a short one of some high-traffic tourist spots where Americans need a visa to enter the country.

You don’t need a special visa to visit Europe unless you’re planning on staying for more than three months. (And if you’re staying longer than those 90 days, let’s chat because I totally want your vacationing skills.) Moving around the European Union is easy for Americans and requires no special paperwork.

Which countries will stamp my passport?

Sorry to be the one to break it to you, but you won’t be earning a great collection of passport stamps on a trek through Europe. You’ll only get one stamp for entering the E.U.’s Schengen Zone and one for leaving it. You might not even have to show your passport when traveling between countries like Germany, Italy or France.

If you go in and out of the Schengen Zone, you’ll gather some stamps. The United Kingdom, Ireland, Croatia, Bulgaria and Romania are E.U. countries where you will go through border control — and get a prized stamp.

And most other countries will stamp your passport, so you can start filling those pages on any continent besides Europe.

What questions will they ask?

Rest assured, you’ll know the answers to anything a border control officer might ask. Common question topics include your destination, origins, profession, travel companions and length of your trip.

But I know those aren’t the kind of queries you’re worried about… Let’s say you have a stamp in your passport from a place like Turkey (which raises red flags because of its proximity to Syria) or Russia (which gets a second look for obvious reasons — take your pick of recent headlines). It’s not an inherent problem to have ties to one of these places, but you should be prepared to answer questions about your visit, such as:

Don’t freak out about getting some extra questions, though. This doesn’t mean you won’t be allowed to enter the country. Just know that with recent changes to U.S. border control policies on travel from certain Middle Eastern countries, even travelers with a U.S. passport coming from that region could receive extra scrutiny.

Can they turn me away from the border?

If you’re worried about getting back into the country or potential profiling at the American border, know your rights. You can’t legally be denied entry to the U.S. because of race, skin color, gender or religion. But sadly, that doesn’t mean stereotypes aren’t an issue at border control.

Border officials can’t keep U.S. citizens from entering the country at all, but they can detain you for more questioning (but breathe — more on that later).

The U.S. is notorious for its strict borders, so the good news for us is that Americans have it easy getting into other countries for short-term tourist travel. Issues mostly arise with student and work visas. If all of your travel paperwork is in order, you shouldn’t have any trouble getting through border control abroad. 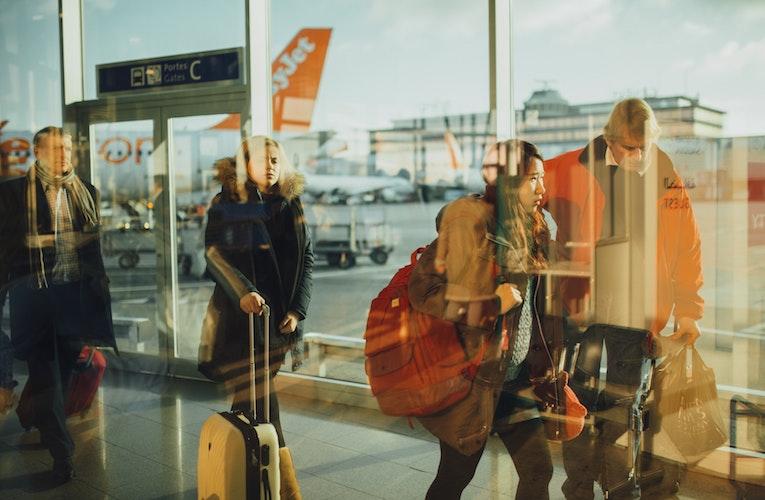 Are there weird loopholes that could get me in trouble?

First, don’t take photos in border control areas. Due to the sensitive nature of what goes on at customs, they don’t want you Snapchatting your way through the line. Your phone could be confiscated and you might not even get it back if the photos are deleted.

Second, you need paperwork for your pets. If your pup or cat doesn’t have the right shots, you might have to leave them at home.

And finally, fruit and farm goods will cause issues even if they’re packaged and stashed in your luggage. If you’re wearing hiking boots, these might also get flagged. Essentially anything that could have some foreign dirt on it might be problematic.

What happens if something goes seriously wrong?

Curious about the worst-case scenario? If border control abroad thinks you’re up to no good, they could send you to further questioning.

This means you might end up in a CSI-looking room answering a bunch of questions about your life. Again, you will know the answers to these questions, although these will probably be a little more detailed.

If all goes well, you’ll get a slightly delayed start to your vacation. But if there’s something wrong with your paperwork, you’ll get sent back to the country you came from. This could be the U.S., or it could be the last destination where you held a valid visa.

Bottom line: Unless you broke a local law, no one can hold American citizens abroad. They have to either send you onwards or send you home. In the U.S., the extent of border control powers are murkier, but citizens can request a lawyer for any secondary questioning.

Do I have to give access to my phone or computer?

U.S. laws are unclear about whether or not you have to give border agents access to your phone, social media accounts or computer files. But unless you’re a strict constitutionalist worried about your rights, it’s probably better to just let them dig through your electronics. They don’t care about any, ahem, sensitive photos on there.

Okay, now take a deep breath. Typically, the chances of being locked in a dark detention center in the bowels of the airport are slim to none. But for peace of mind, here are five steps you can take to make sure you won’t get caught in a bad situation: