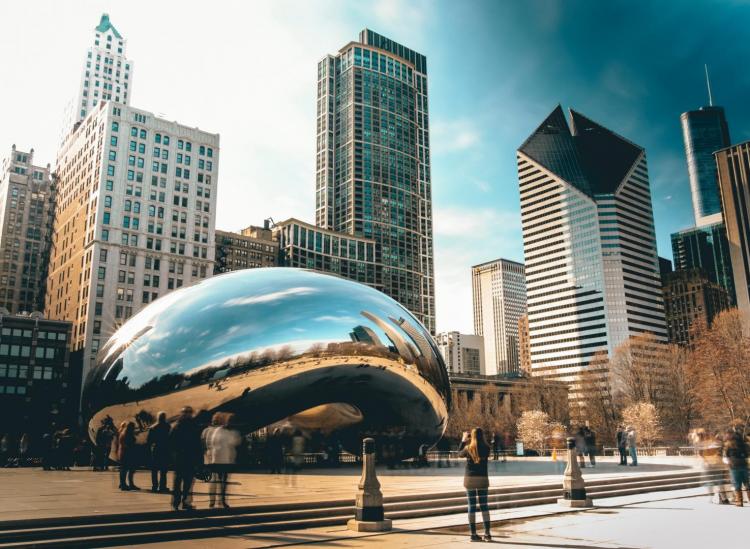 Beat urban sprawl with a visit to one of these cities around the world with streets made for walking.

Whether the metro was constructed before the advent of the automobile or has taken steps to accommodate pedestrians in recent years, you can’t go wrong with a trip to a super stroll-friendly city like these. Don’t forget your walking shoes!

Sure, it’s one of the biggest cities in the world, but NYC is also one of the most walkable. Tons of tourist attractions are located within steps of each other, and no matter where you are in the city, there’s always a smorgasbord of dining options.

Pedestrian pro tip: Make your home base far away from Times Square for the best walks — Midtown Manhattan is always packed, so you’ll find more enjoyable paths in Chelsea, the Upper West Side and just about anywhere in Brooklyn.

Recently, Melbourne took underused alleyways and turned them into brunch spots. The city is now brimming with corners with seating for coffee shops and cafes, increasing the city’s walkability.

Pedestrian pro tip: The Melbourne waterfront showcases the city’s bridges, sculptures and skyline views. It takes about two hours to see the entire park – enough time to watch the sun go down.

You can walk all the way across the heart of Paris in less than two and a half hours. And if you’re not seeking a direct path, the charming corridors through the different arrondissements (neighborhoods) make for a delightful tour of the artsy city.

Pedestrian pro tip: You really can’t go wrong here, but the winding alleyways of Montmartre or the food-filled Latin Quarter give great flavor to the City of Lights.

If you can deal with a major calf workout on the hills, San Fran is great for walking. The neighborhoods are located in clusters, making Haight-Ashbury and the Mission each an easy, self-contained outing.

Pedestrian pro tip: Golden Gate Park winds through the Haight and, if you’re up for a wander, it’s three miles to beautiful Ocean Beach.

Kyoto is extremely compact, making it easy to see a good amount of the city in a short amount of time. It’s also fairly flat — no need to worry about exhaustion here.

Pedestrian pro tip: The Southern Higashiyama District is perfect for a walk through the most popular tourist destinations. For an even more memorable experience, go for a sweet-smelling stroll during cherry blossom season.

Whether you want to window shop or jog along an urban trail, Boston is tailor-made for foot traffic. From cobbled streets to tree-lined paths, Boston’s got it. The town is actually nicknamed “The Walking City.”

Pedestrian pro tip: The Freedom Trail is a walking history lesson through the colonial city’s most famous monuments and buildings.

The old city of Fez is the largest car-free urban zone in the world. The UNESCO heritage site has thousands of years of history below foot as you wander through markets, squares and tiny stone alleyways.

Pedestrian pro tip: The carless Fez el-Bali is a mazelike walk. Although non-Muslim tourists can’t enter the mosques, you can still get a sense of the architecture in the universities and schools.

Cherry blossom season is the best time to stroll through D.C. The trees are in bloom and the weather hasn’t gotten too humid, so the wide streets and huge parks are welcoming to travelers.

Pedestrian pro tip: The National Mall is stunning in the early morning hours before most tourists descend on our nation’s monuments. You can take a lap around the Tidal Basin with very little interruption if you make it before 9 a.m.

It’s one of the most walkable cities in Canada, and it’s adding infrastructure to make it even more so. Unused road spaces will become pedestrian hangouts while large green spaces will offer space for a jog in a park.

Pedestrian pro tip: The cobblestone Gastown district is basically a throwback to the 1800s, with cute boutiques thrown in for window shopping.

The Windy City may have some weather struggles, but that doesn’t keep its citizens from the streets. The park-filled city has wide open streets and pathways along the Chicago River and Lake Michigan.

Pedestrian pro tip: The Riverwalk is an obvious but stellar choice to experience the center of the city. Or hit the city’s other waterfront on the Chicago Lakefront Trail.

As long as your feet can handle centuries-old cobblestones, Florence is a destination for long walks. The city center around the Duomo is packed with restaurants, gelato shops and souvenir shops filled with handmade goods.

Pedestrian pro tip: The Oltrarno is the area on the left bank of the river and offers great views of the historic Tuscan city.

Portland’s city blocks are half the size of the average — 200 feet versus 400 feet — which makes the Northwestern city feel uber pedestrian-friendly.

Pedestrian pro tip: Forest Park, a little bit outside of the city center, has 70 trailheads for urban hikers.

This Chinese city is enormous, but it’s easily digestible in small chunks on foot. The city center offers markets, restaurants and colorful streets.

Pedestrian pro tip: Shangxiajiu Pedestrian Street is exactly what it sounds like: a street devoted to the city’s walkers. At night, it’s lit up with brilliant neon lights and lanterns.