7 Boss Vegetarian Restaurants Around The World 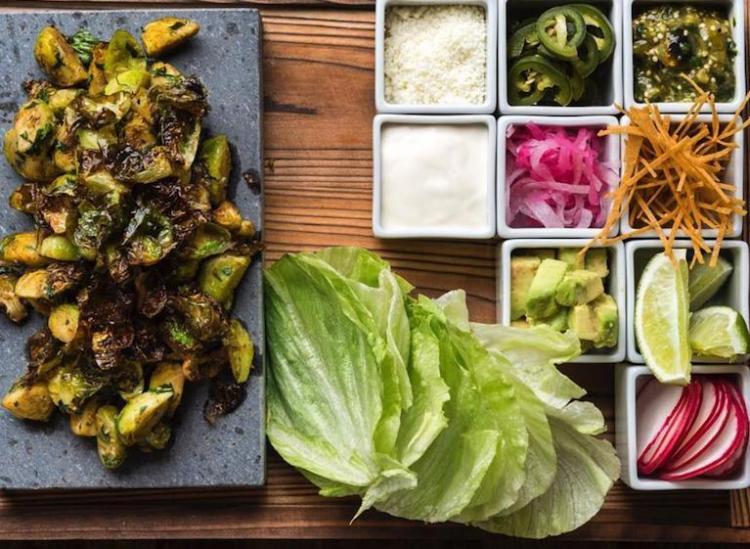 We live in a world where restaurant culture is constantly changing and adapting to our diets, but luckily, vegetarian restaurants seem to remain a constant in our lives. It’s honestly hard to believe there was once a time when vegetarians had to defer to pasta and weak veggie stir-frys when they went out to eat. Vegetarian cuisine today is modern, inventive and satisfying, making you think about vegetables in a completely new way. Here are some of the best vegetarian culinary spots around the world.

The landmark San Francisco vegetarian spot Greens Restaurant is led by the nationally acclaimed chef and author Annie Somerville. In the Marina District of San Francisco, Greens Restaurant overlooks the Golden Gate Bridge. According to The New York Times, Greens “brought vegetarian food out from sprout-infested health food stores and established it as a cuisine in America.” Somerville uses fresh produce from the organic Green Gulch Farm Zen Center to create her menu.

Michelin-starred restaurant Nix from chef John Fraser is a place for modern vegetarian and vegan dishes along with inspired cocktails in New York City. In his review for The New York Times, Pete Wells says “the crackle in the air at Nix and other meatless restaurants is what you get when you liberate vegetables from vegetarianism.”

The food at Nix isn’t purely health-focused. The restaurant shares the belief that eating vegan or vegetarian should feel like more of a celebration than a sacrifice. It’s all about making vegetables the rockstar here with dishes like the smoky beet burger, the rich and spicy tempura cauliflower with steamed buns, and the quartered roasted pineapple with tamarind glaze.

Founded in 1988, Hiltl Restaurant holds the Guinness World Record for being the oldest, continuously open vegetarian restaurant in the world. The restaurant is located in Zurich, Switzerland. Over the course of the restaurant’s history, it’s served over 500 different dishes spanning cuisines from all over the world in its comfy and airy setting.

L’Arpège, the vegetable-focused French restaurant by chef Alain Passard, has three Michelin stars, which means it’s certainly worth the journey to Paris. The vegetable-inspired cuisine takes organic produce and turns it into top-notch, inventive dishes like beets tartare. The menu allows you look at vegetables in completely new ways.

Located in Berlin, Germany, Lucky Leek is one of the best vegan restaurants. Chef Josita Hartanto cooks vegan cuisine in unexpected ways and somehow brings out the flavors of vegetables you didn’t even know existed. The restaurant is modern and friendly with dishes like pear and chili risotto and tandoori cabbage.

A post shared by Mildreds Restaurants (@mildredsrestaurants) on Jan 2, 2018 at 10:00am PST

With locations around London and in New York City’s Soho, Mildreds serves internationally inspired vegetarian cuisine. The four locations in London are unique with their own style and personality. The restaurants all have a lively and informal vibe to them, and the vegan and vegetarian dishes are comforting and satisfying enough to entice even the most hardcore of carnivores.

A post shared by Restaurant Hospitality (@restauranthospitality) on Sep 14, 2017 at 1:05pm PDT

Amanda Cohen’s award-winning vegetarian restaurant Dirt Candy resides on New York City’s Lower East Side. It was the first vegetable-focused restaurant in the city, and it’s often considered a leader of the vegetable-forward movement.

The restaurant is stylish and airy with floor-to-ceiling windows. Chef Cohen serves dishes that make you believe in the magical powers of vegetables like broccoli hot dogs and Brussels sprouts tacos with smoked avocado. Dirt Candy’s motto is simple: “Anyone can cook a hamburger — leave the vegetables to the professionals.”