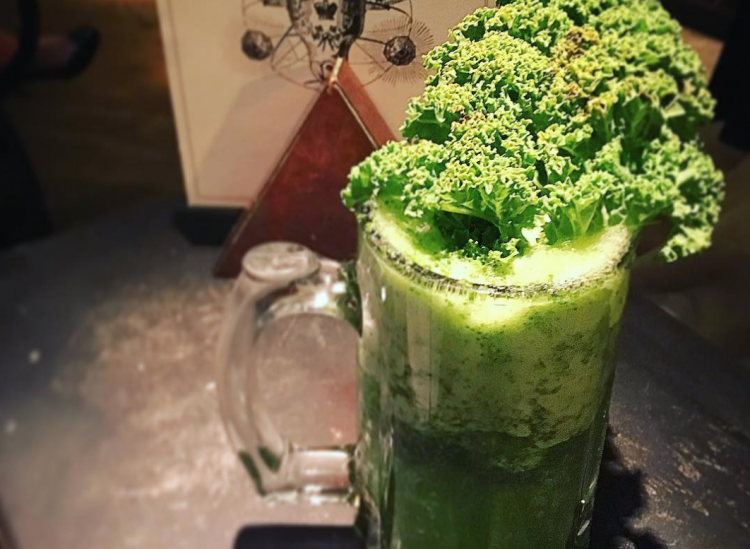 Bloody Mary fans get it. Vegetable cocktails are like a loophole drink. You get to feel like you’re consuming something good, even though you’re still downing liquor. As more focus gets put on healthy menus in the restaurant industry, bartenders are coming up with new and inventive ways to incorporate vegetables into cocktails.

We’re not saying you won’t have hangovers afterward, but in the mindset of a balanced diet, it’s nice to think that a shot of beet juice cancels out your shot of vodka, even if it’s not the case. If you like your green juice just as much as you like your Moscow Mule, it’s time to get down with veggie-forward concoctions. Here are some feel-good cocktails that’ll give you a legit dose of produce.

This pink libation is made with vodka, beets, almonds, lemon, yogurt and rose water.

Why not have a carrot mimosa? This one has carrot-apple-ginger juice, sparkling wine, Aquavit and Bolivar Bitters.

3. Beyond The Kale At The Alchemist — London, England

Get your green on with this fresh looking cocktail. Inside there’s vodka, lime and a lot of fresh kale.