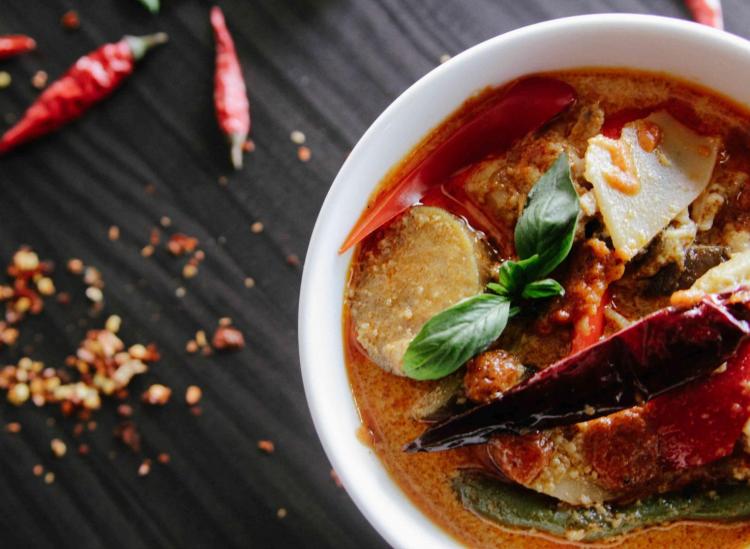 When you start to feel the symptoms of a cold coming on, you can do way more for yourself than load up on Nyquil and tissues. If you’re going to lock yourself away in your bedroom you might as well hibernate with the right foods. Hippocrates put it best when he said, “Let food be thy medicine and medicine be thy food.”

While there’s not much you can do to actually cure a common cold, there are foods that can aid with the symptoms and potentially shorten the length of the bug. Pick up any of these nine foods when think you’re coming down with something.

Hey, you’re not making out with anyone when you’re sick anyway so give raw garlic a try. When cold season is in full swing, a teaspoon of raw garlic — whether it’s crushed, minced or whole — is a powerful antioxidant with antiviral, antimicrobial and antibiotic properties. When you bite into the raw garlic and start to chew, a chemical reaction happens and the sulfur-containing compound called allicin is released.

Raw garlic is only so powerful within the first three hours and after 24 hours it’s completely lost, so eat it right away. Raw garlic can be insanely potent so be prepared.  If you’re not down for that, another way would be to chop the garlic into pill-sized shapes and swallow it. Chase it with a smoothie if you need to. 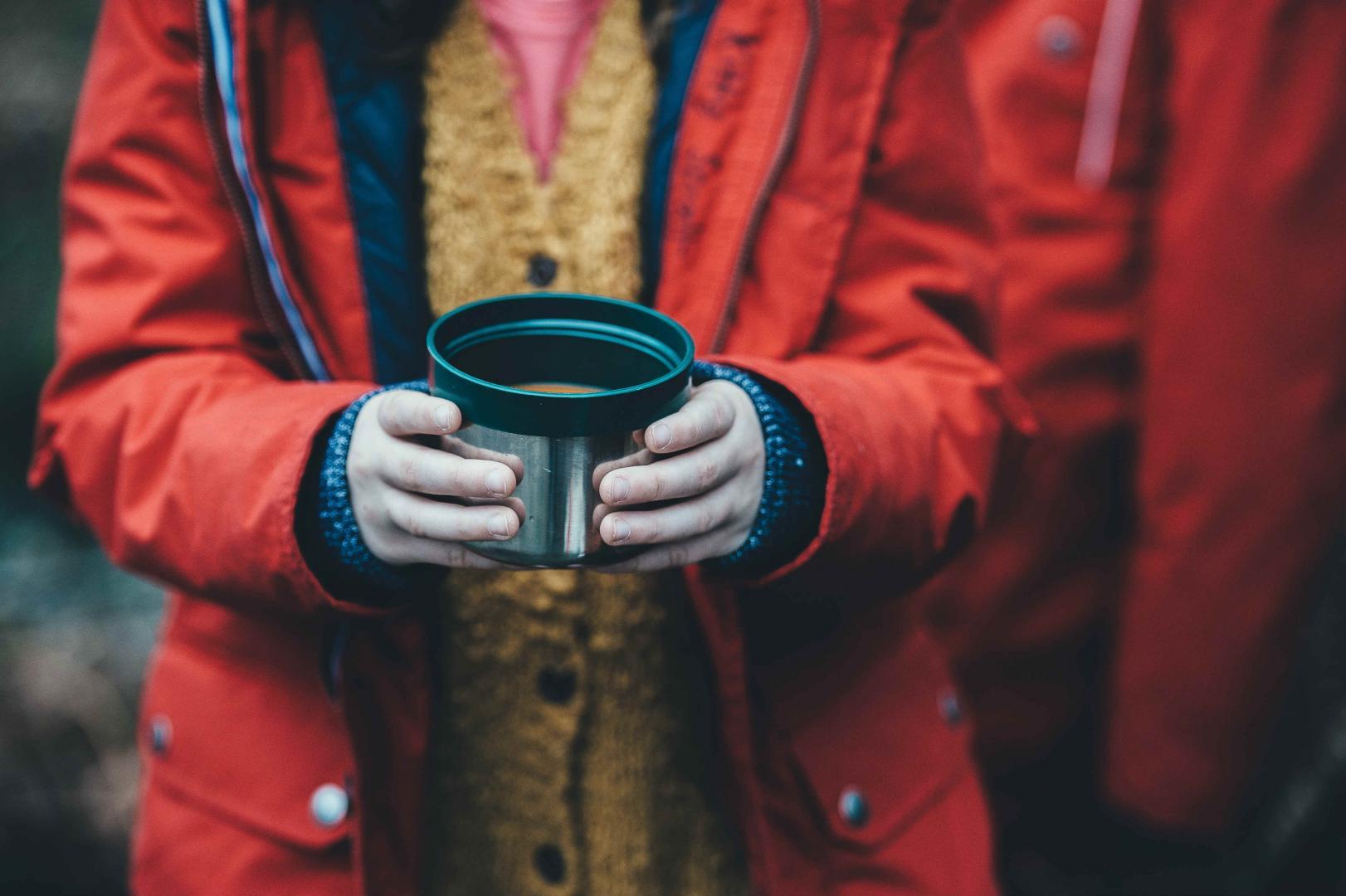 There’s nothing like a hot bowl of chicken soup AKA Jewish penicillin when you’re feeling sick. It’s pretty much like a hug from grandma. A study found that “chicken soup may contain a number of substances with beneficial medicinal activity” when it comes to head colds or respiratory infections.

One of the main benefits is the mild anti-inflammatory effect. Reduced inflammation means less severe symptoms. Bone broths and soups are seen as natural decongestants with all of the hot steam they give off. Chicken soup with vegetables is specifically a great source of calories, fluids, vitamins, proteins and minerals. The same goes for matzah ball soup. It’s the perfect time to give your favorite Jewish deli a call.

When you feel a cold coming on, one of the best things you can do is stay hydrated. Get yourself some coconut water when you start to notice you’re sniffling more than usual. Coconut water is packed with electrolytes in the form of magnesium, potassium, calcium and small amounts of essential amino acids. A study on rehydration after exercise with fresh young coconut water found that the beverage is easier on the stomach and just as hydrating as other common hydration drinks. This is a cold remedy we’re excited about. 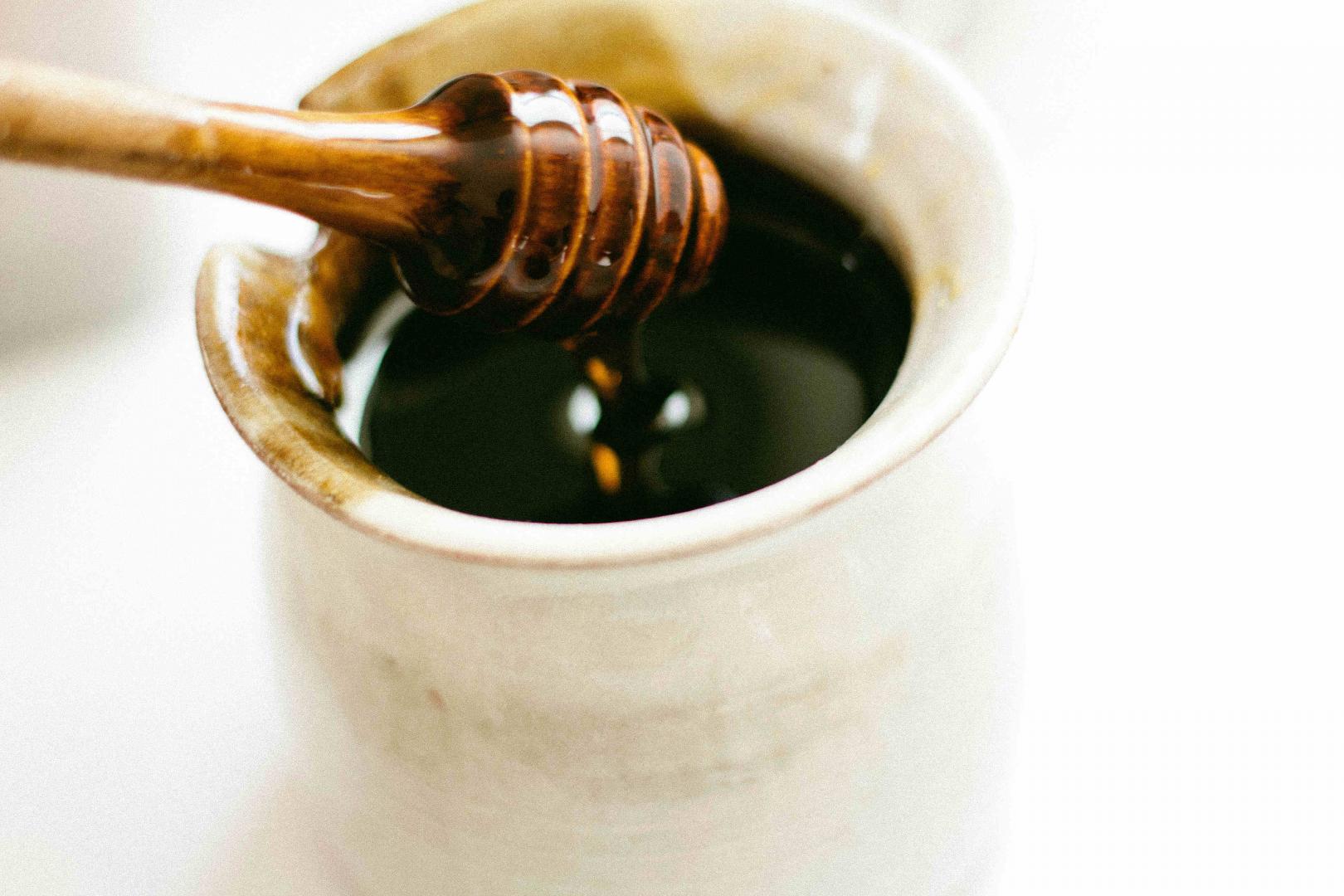 You can look toward raw honey for its anti-inflammatory and antibacterial properties when you’re sick. Raw honey is a super star in the world of holistic medicine. Although infants shouldn’t have honey because of the risk of botulism — a food-borne illness that’s a serious type of food poisoning and can cause paralysis. A study on alternative treatments for the common cold found that a night-time dose of honey can have a small effect on cough and sleep in children over 12 months old. Honey has been known to reduce bacteria growth, which causes infections in your throat in the first place.

You can buy raw honey at health food stores or vitamin shops. Try a teaspoon of raw honey before bed when your throat is bothering you and see what happens.

Stock up on avos when you’re sick, especially when there’s a deal on them at the store. The creamy superfood provides the fiber, vitamins, minerals and calories that your body needs when you’re depleted. If you’re having digestion issues, avocados are a better choice than most bland foods your doctor may suggest. Avocados also contain oleic acid, a monounsaturated omega-9 fatty acid, that’s found in olive oil. Oleic acid plays a role in your immune function and has anti-inflammatory properties. 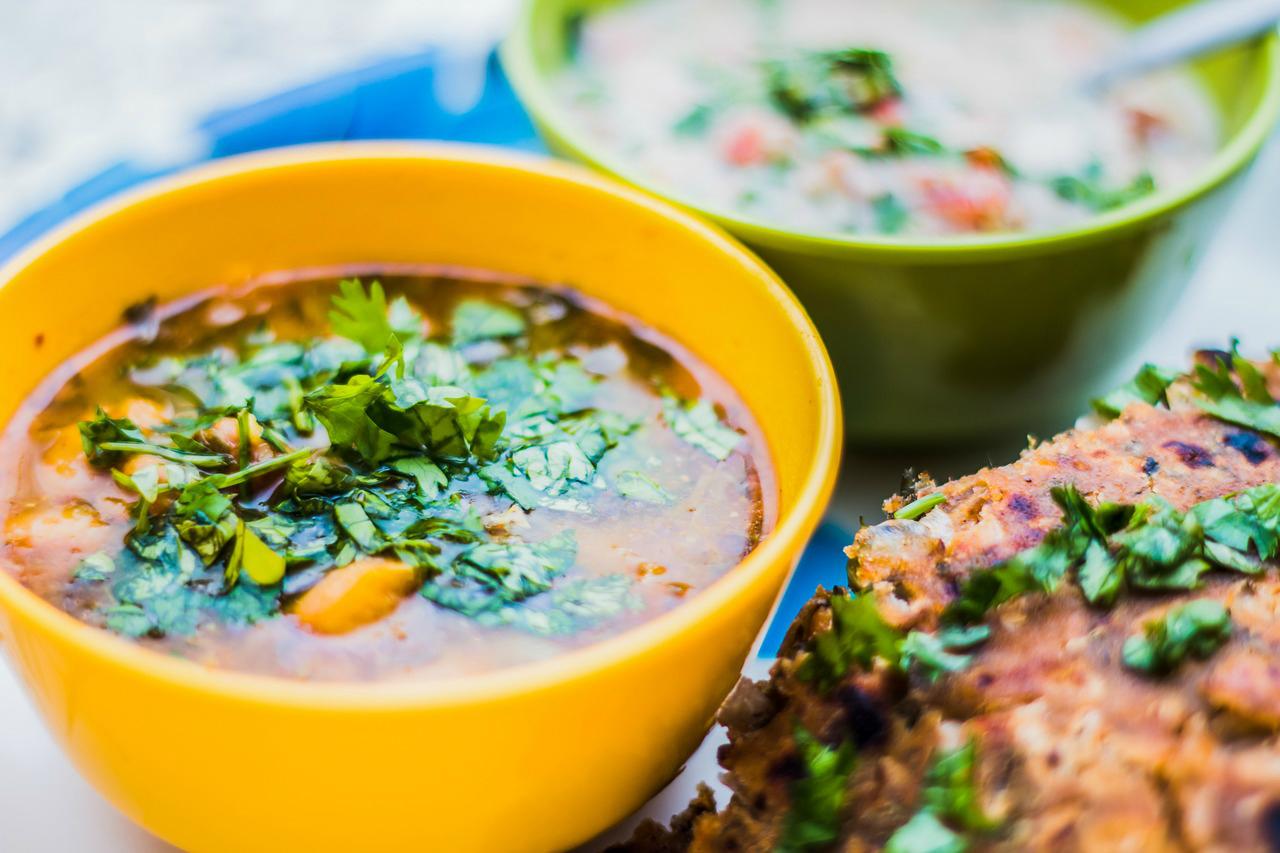 You have permission to eat all of the spicy foods when you’re sick. Spicy foods like chili peppers contain a compound called capsaicin, which leads to that burning sensation when you come in contact with it. When food is spicy to the point of a running nose, it’s not a bad thing. This helps to break up mucus and clear out your sinuses. Although too much spice might leave you with an overly runny nose, so don’t go overboard. Other fiery foods like horseradish and wasabi will also naturally loosen any mucus and phlegm that’s clogging your body. If you know you have a sensitive stomach don’t try these common cold foods.

Out of all the fruits and vegetables to eat when you’re sick, pomegranates are high up there. The ruby red fruit is packed with vitamins, antioxidants, minerals and phytonutrients, which make it an impressive superfood. The tart fruit is high in iron, which is beneficial when you’re feeling sick and weak. A pomegranate has more antioxidants than green tea and red wine. Pomegranates also have strong antibacterial and antiviral effects to help with any viruses and food-borne bacteria. If your throat is starting to bother you, buy yourself some pomegranate juice and drink up. 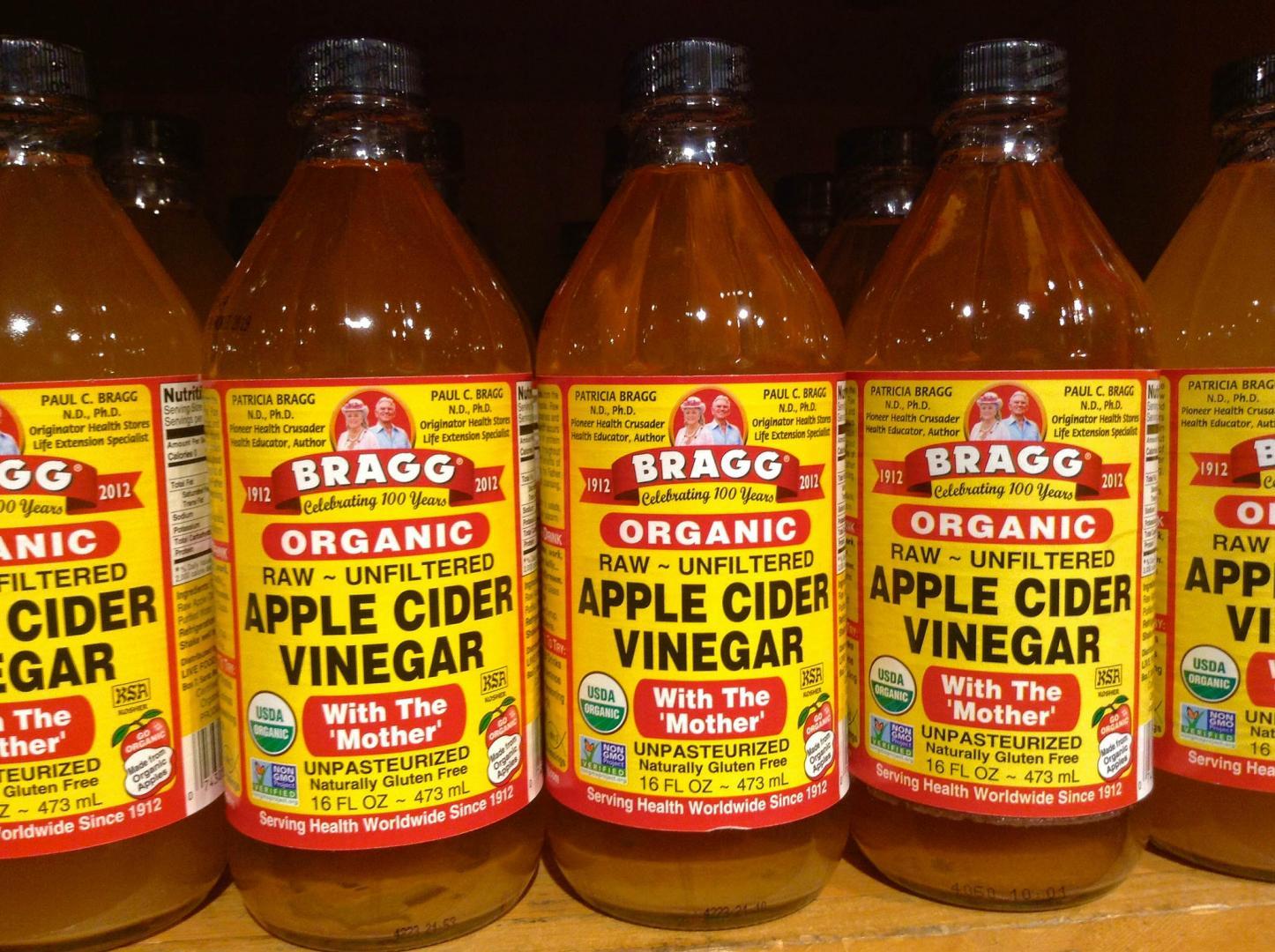 If you’ve had enough of the cough medicine, try a tablespoon of apple cider vinegar instead. Add it to a glass of water to help alkalinize your body. Creating an alkaline environment in your body will help to kill off viruses and bacteria. The potassium in apple cider vinegar helps to thin mucus build up and it’ll also boost your immune system. Heat up some water and add a little raw honey and a few tablespoons of the cider vinegar for an immune boosting powerhouse.