Party People, These Worldwide Mardi Gras Celebrations Will Make You Want To Do The Samba 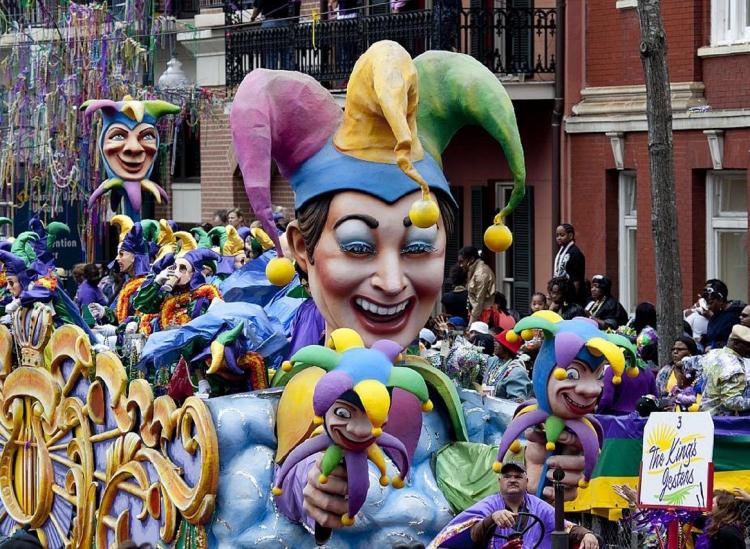 All around the world, mid-February brings some of the best parties of the year. In the U.S., we call it Mardi Gras. Elsewhere, it’s known as Carnival (or carnivale/carnaval/carnavale). Whatever you call it, it’s the best holiday of the season.

Traditionally, the parties celebrate excess before the stark period of Lent (a month of fasting and remembrance for Christians). It’s the last moment to live it up before you give up all the “sins” in life. You know, dancing crazily, eating indulgently, drinking liberally and lots of other fun pastimes.

So whether you’re more into samba or food fights, these are the best carnivals in the world. Grab your Mardi Gras beads and get into the mood with some serious festival wanderlust.

The canals of Venice turn into corridors of costumed revelry showing off the city’s traditional dress and signature masks.

The U.S.’s biggest claim to fame in street parties, NOLA’s famed Bourbon Street lights up with floats, music and dancers.

Do you hear the beat of the samba? Feathered and sequined dancers practice for months to nail Carnival choreography, making it an extravaganza of perfection.

If Rio is choreographed, Trinidad is an explosion of festivities (with even more fabulous and scandalous outfits). The dance here is calypso and soca instead of samba.

Carnival is a little darker in Switzerland, with torchlight marches and masked musicians playing traditional tunes from the region.

Mobile actually is the O.G. Mardi Gras festival in the U.S, with royal-themed festivities dating back to 1703.

Carnavale here has medieval garb, but also a gigantic battle where onlookers and paraders throw oranges at each other. (It’s also the largest food fight in the country.)

Creepy clown-like Carnaval figures march through Binche, Belgium for the celebration. You may also get pelted with an orange here.

One of the U.S.’s biggest Mardi Gras parties is in St. Louis, but we like to focus on the multicolored pet parade. Pups can get in on carnival-ing too!

Cologne’s carnival is called the “crazy days.” This means costumes, face paint and lots of confetti.