Here’s What Comfort Food Looks Like Around The World 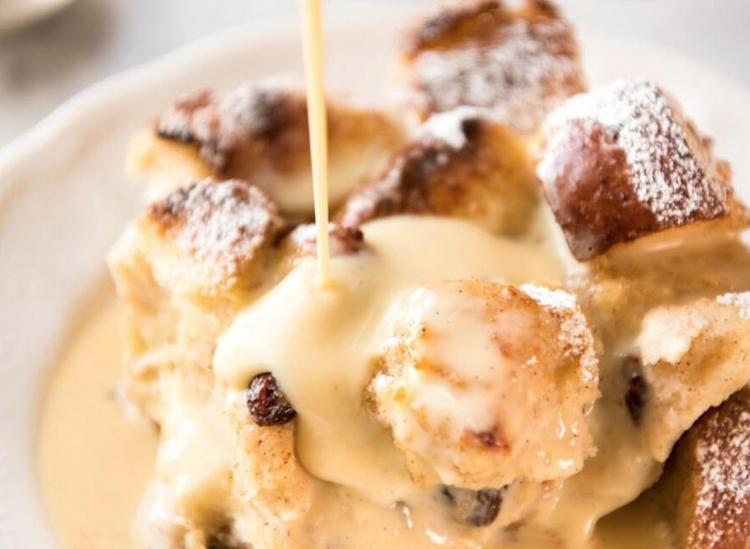 Every little corner of the world has its own culinary customs and traditions, and every culture has that one dish that’s been made by mothers and grandmothers and aunts and sisters for centuries. It’s that one food that can make just about any ailment better and feels like medicine for the soul. It’s called comfort food, and it has the beautiful ability to link generations of family members through their taste buds alone. Here’s what it looks like around the world.

These cheesy, snack-sized rolls are a popular breakfast food in Brazil. They work best with a shot of espresso in the morning. When they’re served hot out of the oven, pao de queijo are crispy on the outside and spongy, soft and cheesy on the inside.

This classic Irish comfort food is made from mashed potatoes and kale or cabbage. Colcannon is mixed with milk or cream, butter, salt and pepper. Sometimes other herbs and aromatics are added like leeks, scallions, chives or onions. Colcannon will vary depending on who’s making it, but this traditional version is often served with ham or Irish bacon.

This Greek casserole is a hot comfort food classic. Moussaka is usually eggplant or potato-based with layers of ground meat. The top layer is milk-based and thickened with egg or a bechamel sauce.

In England, nursery pudding — like bread and butter pudding — is made with a generous amount of cream and a dash of alcohol. Custardy on the inside and golden and buttery on the surface, this kind of nursery pudding is a less sweet version of American bread pudding, but just as rich. It’s also the perfect way to use up your leftover bread.

This Philippines-based stew is made with a thick, savory peanut sauce and stewed oxtail.

While carbonara has been pretty Americanized, it’s still one of the best Italian comfort foods. Al dente spaghetti is tossed with pancetta, Parmigiano-Reggiano cheese, egg whites and pepper, and then finished with egg yolks and more cheese on top. Yum.

Pasta e Ceci is a rustic Roman Italian dish made with chickpeas and tender pasta bathed in a hearty broth of onions, garlic, carrot, celery and pancetta. Sometimes anchovies, tomatoes and parmesan cheese are added for extra depth and flavor. This is a stick-to-your-ribs type of dish.

Man’oushe is the quintessential Lebanese breakfast food. The flatbread is topped with thyme, cheese or ground meat. The most popular type of man’oushe is topped with za’atar, a spice mixture of ground dried thyme, oregano, marjoram, toasted sesame seeds, salt, sumac and a few other spices.

Banana cue is a popular street food in the Philippines. It’s made with deep-fried bananas that are coated in caramelized brown sugar. They’re usually served on a bamboo stick so you can eat them on the go.

Khachapuri is a classic Georgian dish of cheese-filled bread in the shape of an open boat. The most common version is topped with a raw egg and a stick of butter before it’s served. To eat it, rip off pieces of the bread and dip it into the center of egg and cheese while it’s still hot.

A post shared by Phoebe Magazine (@officialphoebemagazine) on Oct 2, 2017 at 8:43am PDT

Poffertjes is a Dutch treat that looks like small, fluffy pancakes. They’re made of yeast and buckwheat flour and have a spongy texture (unlike American pancakes). In the Netherlands, you’ll see poffertjes sold at both summer festivals and winter markets. These tiny pancakes are topped with a little butter and powdered sugar.

This classic Cuban comfort food is a soft, fragrant stew made of ground beef, tomatoes, raisins, olives, salt, oregano, cumin and sometimes potatoes and capers. It’s sautéed in white wine or olive oil, depending on which region it comes from. You can find different variations of picadillo around Spain and many Latin American countries as well.

Borscht is a beet soup that can be served either hot or cold. It has roots in Eastern European countries like Russia and Poland, and it’s common in Jewish cuisines. It’s usually topped with a little sour cream.

Aligot makes for some outrageous cheese pulls and combines the best of both worlds: mashed potatoes and cheese. This fondue-like French comfort food has cheese blended into mashed potatoes with a little bit of garlic.

In many Asian countries, congee is a go-to comfort food. It’s a broth or porridge made from rice that’s topped with different meats, fish, quail eggs and other savory ingredients depending on the region.