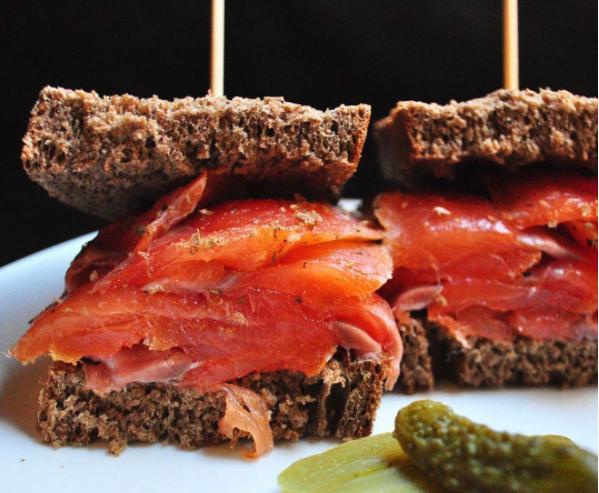 It’s no surprise that Americans do things a little differently, especially when it comes to their diets. The United States has surpassed Mexico as the most obese country in the world with more than one-third (38.2 percent) of adults in the U.S. being obese, and that number doesn’t seem to be dropping anytime soon. Comparatively, countries like Japan and Korea ring in below six percent. While there are a lot of factors to take into consideration, eating habits are a huge part of these statistics and Americans can learn from the rest of the word. If enough people borrow these tips from the countries below, progress doesn’t seem far-fetched. Here are eight healthy eating habits the world can teach Americans.

We can learn a lot from Indian cuisine. Most of all, Indian cuisine is chock full of spices. Certain Indian spices like turmeric, ginger, garlic and chilies not only add a ton of flavor to your food, but they’ve been highly regarded for their healing benefits. When your food is enhanced with powerful spices, each bite is just a bit more satisfying and this might lead to actually needing less food to fulfill your cravings. If you’re eating something like a salad or a sandwich for lunch, chances are you’re not really paying too much attention to the flavor profiles of each ingredient and instead, just shoveling in food until you’re not hungry anymore.

The next time you’re out to eat, consider using chopsticks instead of a fork, if at all possible (or bring some yourself). When you’re a pro at eating with chopsticks, you can watch your portion control. Americans tend to eat with spoons and forks, which makes packing as much food as possible into each bite super easy, unlike chopsticks, which take skill to use and make you work for each bite.

Ethiopian cuisine puts the spotlight on a lot of root vegetables, lentils, curries and beans. Ethiopian vegetables dishes are usually prepared with simple ingredients like olive oil and spices. Without trying, this diet ends up being heavily plant-based. Instead of utensils, Ethiopians scoop up their food with injera, a traditional Ethiopian spongy flatbread made from teff flour. This bread is naturally gluten-free with a number of health benefits and it’s high in fiber and protein.

4. Change Up Your Bread To Rye – Sweden

The Nordic diet is on the list of food trends for 2017 and for good reason. Rye bread is a staple food in northern European countries like Norway and Sweden — which are fifth and sixth for the least obese countries in the world — and it’s one of the best grain sources out there, as far as fiber goes. With a bold flavor, loaves of rye bread have been shown to keep people full for a longer period of time than the more common types of bread like whole wheat. Anyone on a wheat-free diet can eat rice, corn, rye and barley. Maybe it’s time you consider switching up your sandwich bread.

In the United States, we tend to put a lot of emphasis on breakfast and dinner as the big meals of the day. In Mexico, lunch is usually around 2 pm and it’s the heaviest meal of the day. There’s the saying, “breakfast like a king, lunch like a prince and dinner like a pauper.” Americans tend to eat around their work schedules, but it’s more common in Mexican culture to work around your eating schedule. Lunch in Mexico could be several courses and then dinner, which is usually light, will be around 8 pm. Eating a big lunch in the middle of the day will help to manage your cravings and you’ll have plenty of time to digest before you sleep, as opposed to having a huge dinner with not as much time to digest.

6. Have Natural Sweets For Dessert – Turkey And Greece

Instead of going for the baked goods, countries with a Mediterranean diet usually focus more on nuts and fruits at its dessert. See what fruits are in season at the farmer’s market and make a dessert with those instead or maybe snack on some dried fruit. A few classic Turkish fruit-based desserts are Hosaf with raisins, cloves, apples and pears and Komposto made with apricots and almonds. Spiced fresh fruit compotes like these can rival your usual go-to desserts when you need something sweet at the end of your meal.

While the food scene in America is thriving now more than ever, the focus hasn’t always been on appearance. In America, the focus is more often on portion sizes and flavor as opposed to each individual ingredient. In Japanese cuisine, plates are often filled with brightly colored vegetables and smaller portions. The goal is to be satisfied but not full to the point where you need to wear stretchy pants. When your food is smaller in portion at the beginning of the meal, it’s easier to pace yourself. You’ll also be more satisfied when your dish looks pretty and the whole eating experience engulfs more of your senses.

In France, they tend to go by the “less is more” concept. Instead of torturing yourself by going crazy over each and every morsel of food that you put in your body, the French like to indulge, but in little portions. They’ll eat a smaller amount of something rich and indulgent so that they can satisfy their cravings without overloading themselves. Life is too short to deprive yourself. So, instead of eating a whole bag of chips, you could have one rich chocolate truffle.